GOD CREATED CHILDREN (AND IN THE PROCESS, GRANDCHILDREN!)

You are here: Home / All We Need Is Love / Children and Parents / GOD CREATED CHILDREN (AND IN THE PROCESS, GRANDCHILDREN!) 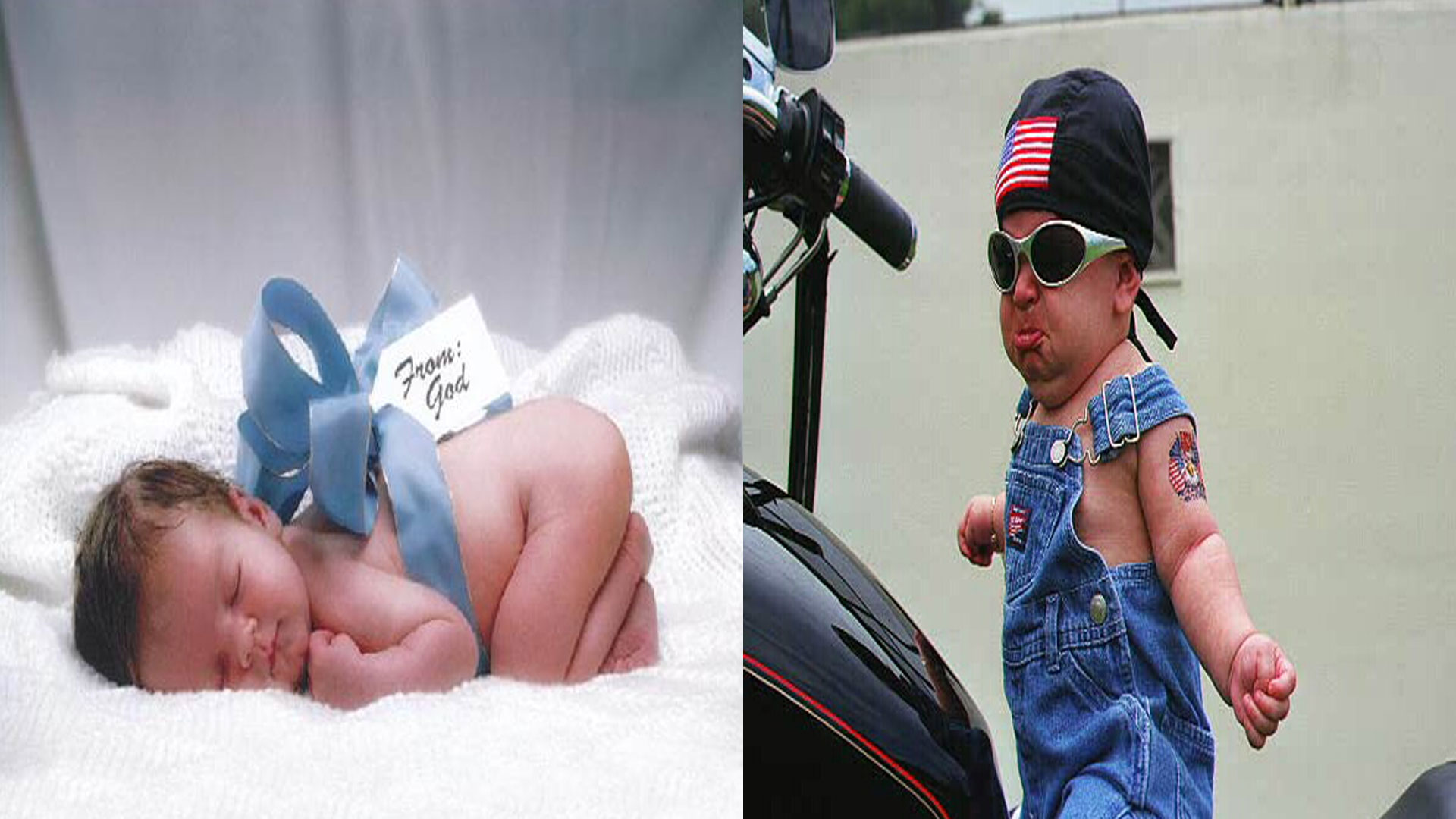 To those of us who have children in our lives, whether they are our own, grandchildren, nieces, nephews, or students…. Here is something to make you chuckle.

Whenever your children are out of control, you can take comfort from the thought that even God’s omnipotence did not extend to His own children. After creating heaven and earth, God created Adam and Eve.   And the first thing he said was ‘DON’T! ‘

‘Because I am your Father and I said so ! ‘ God replied, wondering why He hadn’t stopped creation after making the elephants.  A few minutes later, God saw His children having an apple break and He was ticked !  ‘Didn’t I tell you not to eat the fruit? ‘ God asked.

‘Then why did you? ‘ said the Father.

Having had it with the two of them, God’s punishment was that Adam and Eve should have children of their own.  Thus the pattern was set and it has never changed. 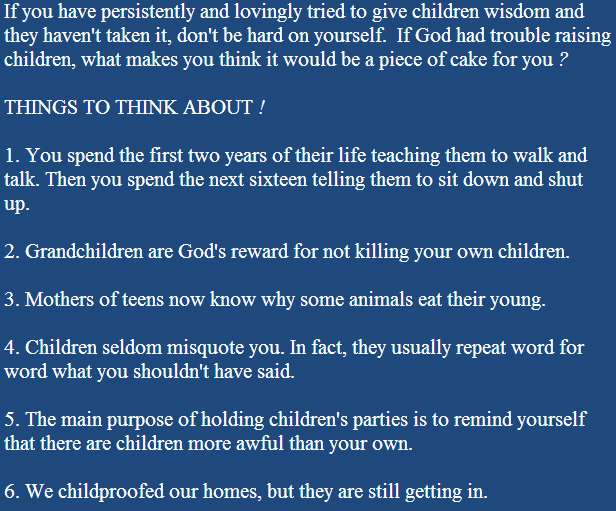