You are here: Home / All We Need Is Love / Religion and Spirituality / Good Friday n Easter!! 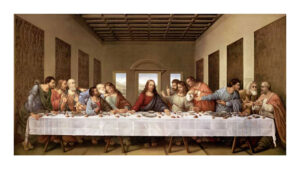 Good Friday is a Christian holiday commemorating the crucifixion of Jesus and his death at Calvary. It is observed during Holy Week as part of the Paschal Triduum on the Friday preceding Easter Sunday, and may coincide with the Jewish observance of Passover. It is also known as Holy Friday, Great Friday, Great and Holy Friday (also Holy and Great Friday), and Black Friday.[2][3][4]

Members of many Christian denominations, including the Catholic, Eastern Orthodox, Lutheran, Anglican, Methodist, Oriental Orthodox and Reformed traditions, observe Good Friday with fasting and church services.[5][6][7] Communicants of the Moravian Church have a Good Friday tradition of cleaning gravestones in Moravian cemeteries.[8]

The date of Good Friday varies from one year to the next on both the Gregorian and Julian calendars. Eastern and Western Christianity disagree over the computation of the date of Easter and therefore of Good Friday. Good Friday is a widely instituted legal holiday around the world, including in most Western countries and 12 U.S. states.[9] Some countries, such as Germany, have laws prohibiting certain acts, such as dancing and horse racing.

Easter,[nb 1] also called Pascha (Aramaic, Greek, Latin)[nb 2] or Resurrection Sunday,[5][6] is a Christian festival and holiday commemorating the resurrection of Jesus from the dead, described in the New Testament as having occurred on the third day after his burial following his crucifixion by the Romans at Calvary c. 30 AD.[7][8] It is the culmination of the Passion of Jesus, preceded by Lent (or Great Lent), a 40-day period of fasting, prayer, and penance.

Most Christians refer to the week before Easter as “Holy Week”, which contains the days of the Easter Triduum, including Maundy Thursday, commemorating the Maundy and Last Supper,[9][10] as well as Good Friday, commemorating the crucifixion and death of Jesus.[11] In Western Christianity, Eastertide, or the Easter Season, begins on Easter Sunday and lasts seven weeks, ending with the coming of the 50th day, Pentecost Sunday. In Eastern Christianity, the season of Pascha begins on Pascha and ends with the coming of the 40th day, the Feast of the Ascension.

Easter and the holidays that are related to it are moveable feasts which do not fall on a fixed date in the Gregorian or Julian calendars which follow only the cycle of the Sun; rather, its date is offset from the date of Passover and is therefore calculated based on a lunisolar calendar similar to the Hebrew calendar. The First Council of Nicaea (325) established two rules, independence of the Jewish calendar and worldwide uniformity, which were the only rules for Easter explicitly laid down by the council. No details for the computation were specified; these were worked out in practice, a process that took centuries and generated a number of controversies. It has come to be the first Sunday after the ecclesiastical full moon that occurs on or soonest after 21 March.[12] Even if calculated on the basis of the more accurate Gregorian calendar, the date of that full moon sometimes differs from that of the astronomical first full moon after the March equinox.[13]

Easter is linked to the Jewish Passover (Hebrew: פֶּסַח pesach, Aramaic: פָּסחָא pascha) by its origin (according to the Synoptic Gospels, both the Crucifixion and the Resurrection took place during the Jewish Passover)[14][15] and by much of its symbolism, as well as by its position in the calendar. In most European languages the feast is called by the words for passover in those languages; and in the older English versions of the Bible the term Easter was the term used to translate passover.[16] Easter customs vary across the Christian world, and include sunrise services, exclaiming the Paschal greeting, clipping the church,[17] and decorating Easter eggs (symbols of the empty tomb).[18][19][20] The Easter lily, a symbol of the resurrection,[21][22] traditionally decorates the chancel area of churches on this day and for the rest of Eastertide.[23] Additional customs that have become associated with Easter and are observed by both Christians and some non-Christians include egg hunting, the Easter Bunny, and Easter parades.[24][25][26] There are also various traditional Easter foods that vary regionally.