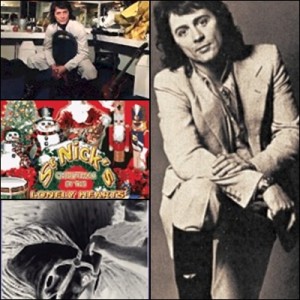 At the age of 3, Bruce Stephen Foster ambled over to the piano, reached up and did what came naturally to a descendent of composer Stephen Foster – he began playing without the benefit of a lesson or the ability to read music.

Bruce began writing songs when he was 8 and at the age of 18, he and four other musical friends from his native town of Trenton, New Jersey formed a band called Jacob’s Creek and landed a recording contract with Columbia Records.

On his own, Bruce moved to England to pursue a solo career. He recorded an album called “Cantata of Social Comment” released in England, and played keyboards on a platinum album with “Status Quo” still one of Europe’s top rock bands.

When he returned to America, he found himself frequently commuting between New York and Los Angeles for recording sessions.

Foster played keyboards on the first album by Kiss and four Gladys Knight and the Pips albums, which featured the hits “Midnight Train to Georgia” and “The Best Thing That Ever Happened”.

Bruce’s first American solo album is titled “After the Show”, on Millennium-Casablanca Records. This album featured the hit “Platinum Heroes”, a tribute to the Beatles, which can still be heard on the radio and is a coveted item for collectors.

Bruce was nominated for a Grammy Award for his song “Look Out for Number One”, featured in the sound track from “Staying Alive”, a film directed by Sylvester Stallone. This song was also used two different years at the Olympic games.

Collaborating with the legendary songwriter Doc Pomus, Bruce wrote the title song from the Broadway musical “Elvis, The Legend Lives On”. The cast included the Bill Black Combo and the Jordanaires.

“Trail of Broken Hearts”, performed by Cher for the soundtrack “Days of Thunder”, was written by Bruce and Richie Sambora, co-writer Richie Sambora asked Bruce to collaborate on “Stranger in This Town”, Richie’s solo album. This produced Richie’s hit single “One Light Burning”, once again played for the torch-burning ceremony at the most recent Olympics, and “The Answer”, Richie Sambora’s world-renowned anthem.

Bruce has been named Musical Director for Storybook Entertainment, and is preparing the “Classic Russian Fairytale Film Collection” for release in America.

The trip-hop group The Eels, had a recent international hit with a song Bruce co-wrote called “Susan’s House”.

In 1998, Bruce released his second solo album in America called “Reality Game”. It contained a theme song titled “For The Children of Our World”, which he wrote and recorded to accompany Danny Garcia on his historic walk around the world for peace. On December 15, 1998, “Rejoice” which Bruce composed for the Jubilaeum 2000 was presented to and blessed by Pope John.

A newly pressed Reality Game CD contains the bonus track “One Night of Peace” co-written with Richie Sambora. Bruce performed the song at the prestigious Victoria Hall in Geneva, Switzerland on August 3, 1999 for the “Fete de’ Excellence”, honoring the 50th Anniversary of the Geneva Convention.

Bruce joined Danny Garcia as he ended his 4 year walk around the world for children’s rights and world peace at the Olympic Games in Sydney Australia in September 2000. There Bruce be performed the song “One Night Of Peace” at an international simulcast from Planet Hollywood in Sydney, Australia on September 14, 2000. The event coincided with a plea for every nation on Earth to honor a 24 hour cease fire prior to the Olympic Torch Lighting Ceremony so that every child in the world could experience “One Night Of Peace”.

Bruce’s latest collaboration with Tom Marolda is “St. Nick’s Christmas” by the Lonely Hearts Band, a holiday tribute to the Beatles Sgt. Pepper album. It was released worldwide in December 2003 on Not Lame/Warner Bros. Records. “Shark Frenzy” featuring Bruce and early Richie Sambora was released internationally in March 2004 on the Sound City label. A new solo CD by Bruce is in progress for a summer 2004 release.