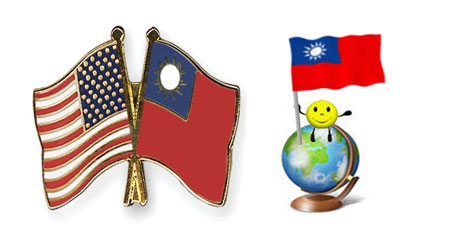 Intro – Paul– Hi my name is Paul Sladkus and my co-host is Sing-Cha Hsu.  How are you? Ne Ha Ma!

Paul: Sing-Cha, you are from Taiwan, correct?

Sing-Cha: Yes, I am Taiwanese; I was born in HsinChu and just went back this past February

We are proud to present Good News Taiwan Tourism.  This is the first program for our new series featuring the Good News that is happening in America and in Taiwan.

Taiwan  is also known as The Heart of Asia.

Through this weekly TV magazine series you will learn about the entertainment, events and breathtaking sites to visit in Taiwan just like you saw at the beginning of this program.

Paul : So, where is Taiwan? (Picture of Taiwan)

Paul :  Sing-Cha did you know that Taiwan was voted by Lonely Planet (show Picture) recently as one of the 10 best places in the world to visit?

Sing-Cha: I did not, but I’m certainly not surprised.  In this series, we’re going to have a variety of hosts and reporters sharing different perspectives that are as varied and exciting as the Taiwanese culture, history and people.

This week we will feature the Lantern Festival occurring this year from February 6th through the 19th  in Lugang,Taiwan.

Paul:  What does that mean! Are you speaking Chinese!

Sing-Cha – Actually I am.  And it means xxxxx.

Paul  – That looked  like a lot of fun and celebration.  Let’s see how Tallulah and Chloe create a string lantern that they purchased in China Town  in San Francisco

Paul –   I had a great time watching these young people create a paper string lantern, latern can also be made  in Silk and can be left outdoor.  Why don’t you go to your local Chinatown or on-line and purchase one and try to put one together.

Paul – There is much Taiwanese Tourism activity here in New York.  For example,    Taiwan Tourism is featured in Times Square with signage on the Reuters and NASDAQ building, Did you know that democratic Taiwan has the 16th largest Economy in the World.  Here we have a segment with Ambassador Kao speaking in Times Square.

Paul –  I was at that concert and it was extraordinary

Sing-Cha–  What was special about the concert?

Paul –  In additional to world class musicians, they gave the audience complimentary a sticky rice thing wrapped in leaves tied with string.

Sing-Cha What was in the rice?

Paul –  Well Sing Cha that was  a fun filled program.

Sing Cha – Yes, it certainly was fun and interesting too. I feel like you brought a little piece of Taiwan back to me and that is great.

Next week, feature Taipei New Year Festival.  In fact, here is an Orchid from Taiwan.  (picture). Thank you for watching.

Paul:    We would love to hear AND see your experiences of Taiwan.  Please send us OR post your comments, video or photos to us directly or upload onto our website.  Our e-mail is:  taiwan@goodnewsplanet.com.