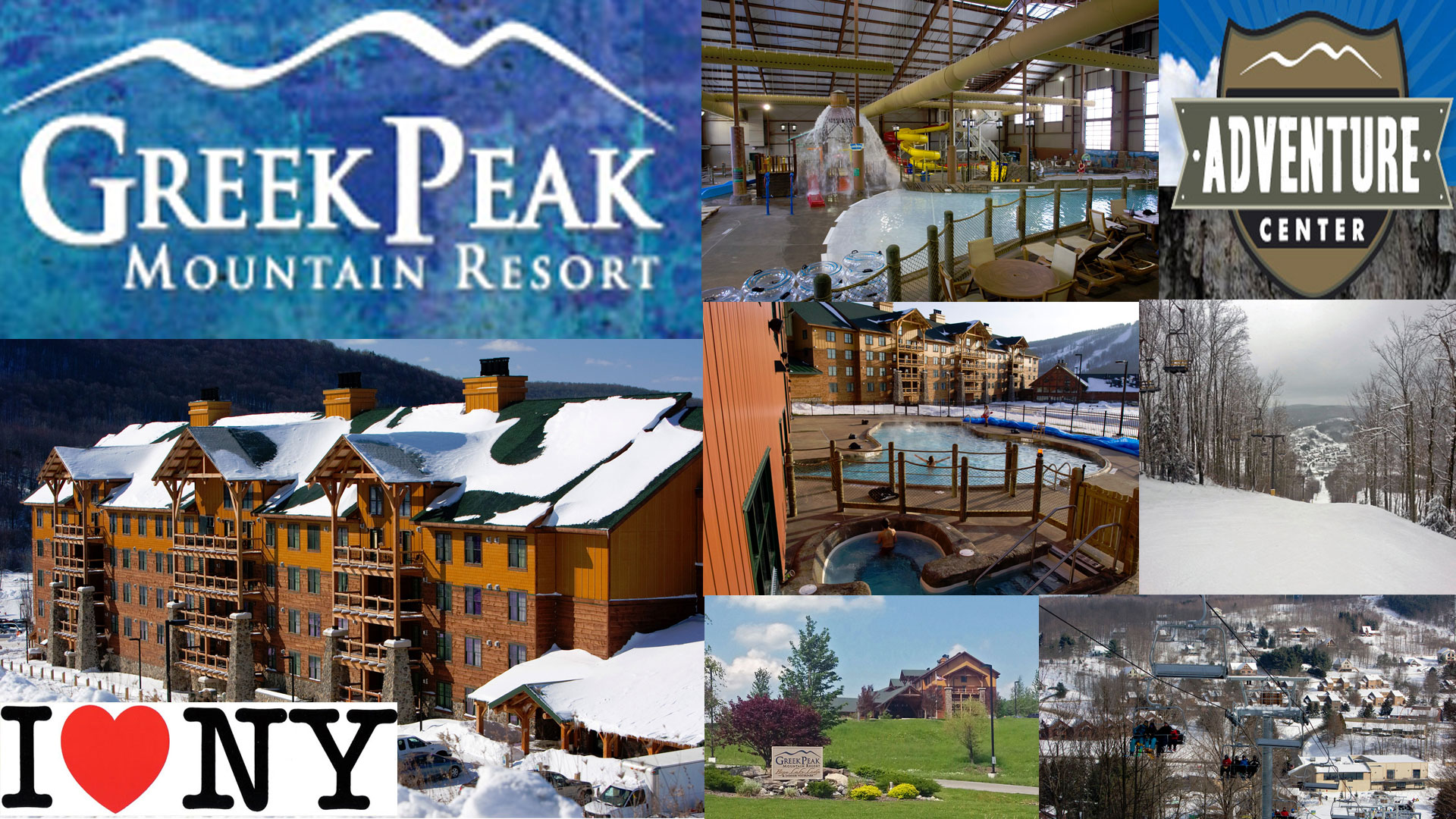 Greek Peak Mountain Resort, central New York’s largest ski resort, was founded in 1958 and has remained at the leading edge of the ski industry with thirty-three trails, six aerial lifts, two surface lifts, beginners’ slope, and terrain parks. The four season resort is located in New York’s scenic Finger Lakes Region, conveniently just minutes from Interstate I-81. Under new ownership, the mountain has received some additions for the 2013-14 season including: a new quad chairlift, Trax Pub and Grill restaurant in the main lodge, new PB 600 groomer with Zaag attachment, new ski and board equipment in the rental shop and state of the art ski & board tuning facility. www.greekpeak.net

Our beautiful “green” hotel, Hope Lake Lodge, features 106 luxury condominium style suites. Arcadia Village, located next to the hotel, offer additional lodging in units that are spacious with all the comforts of home.

Amenities at the resort include three restaurants, a world-class customized spa, fitness center, and a 41,000 square foot indoor water park. The Resort is positioned within 7,000 acres of State protected land that is accessible by all residents and guests for cross country skiing, hiking, snowshoeing, and horseback riding. Additionally, Greek Peak Mountain Resort operates an Adventure Center with a Mountain Coaster and 4 tandem zip lines operating year round and a ten lane winter snow-tubing center.

In 1958, New York’s Governor, Averell Harriman, conducted the Opening Day Ceremonies for a new ski area called Greek Peak. The Governor called it a “first class development” and predicted that it would “make a real contribution to skiing in New York State.”

By 1960, two T-Bars had been built and construction began on the A-Frame Lodge. A young Al Kryger (the current President and Chief Executive Officer of Peak Resorts, Inc.) was commissioned to build Central New York’s first chairlift in 1962. Greek Peak recognized the potential for skiing and led the industry in developing the concept of packaging and selling to local schools and colleges. This philosophy, combined with early pioneering in snowmaking and night skiing, brought Greek Peak to the forefront of ski areas in the East.

In the early 1970s, Al Kryger had the foresight to begin planning for the next phase of Greek Peak’s growth. He was instrumental in acquiring land adjacent to the ski area, and a Master Plan for a new recreational community was drawn. Over the years, the development of slope-side condominiums and townhouses has transformed Greek Peak from a ski area into a full-fledged regional destination ski resort.