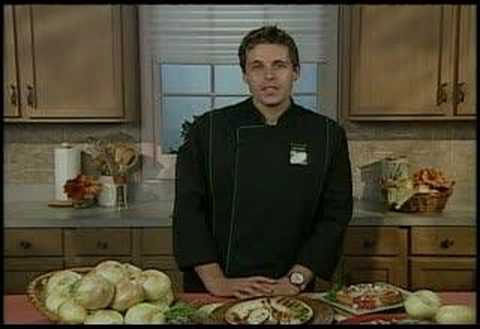 Summer time is just around the corner, and that means it’s time to dust off the grill and release your inner-chef! Steaks, hamburgers, chicken and hot dogs consistently top the list of foods that Americans grill most, but fresh vegetables, in particular onions, are premiering on the grill more frequently than ever before. More grillers are experimenting with new foods to enhance variety, flavor and health.

Did you know?
” Grilling and barbecuing have become increasingly popular over the last decade, with the overall industry increasing by 44 percent from 1992 to 2005
” Onions contain generous amounts of Vitamin B6, Vitamin B1, and folic acid
” An onion a day can raise HDL’s (good cholesterol), resulting in lower blood pressure and prevention of blood clots

Now is the perfect time to show off your culinary expertise and to let the world in on that special recipe. From shish kabobs to burgers and everything in between submit your favorite Vidalia Onion recipe for a chance to cook and dine with John Ashton himself!

More about Jon Ashton – Celebrity Chef & National Television Food Contributor:
Jon’s success and flair in the kitchen soon gave way to appearances on British cooking shows including the nationally syndicated “TV Dinners” where audiences fell in love with his wit, charisma and genuine love of food. Soon, America discovered him and Jon was featured in publications from New York to California. Jon quickly began producing and starring in his own local access TV show, “The Mad Chef”, which aired in Disney’s town of Celebration. Soon after, Jon took a position as the regular mid-day chef at Orlando’s FOX affiliate station and found himself appearing on “The Tonight Show with Jay Leno” a short year later. Jon is currently the resident Chef for WB’s nationally syndicated “The Daily Buzz.” Now he stays busy as CEO of Jon Ashton Enterprises, LLC where he offers his professional services including media appearances, group demonstrations and recipe creations. The extensive repertoire of celebrities Jon has had the honor of appearing on television with include Rachael Ray, Paula Deen, Emeril Lagasse, Tyler Florence, Wolfgang Puck, Jacque Pepin, Martin Yan, Jay Leno, Giada de Laurentis, Bobby Flay, Alton Brown, Gail Gand, Roy Yamaguchi, Norman Van Aken, Kat Cora, Al Roker and George Foreman. Jon Ashton has also had the honor of launching a Chocolate Souffle into space at the Kennedy Space Center!