Weiwei Talks about the Christmas Parade, This is One of China’s Most Popular Shows and Beloved Hosts

Listen to “Weiwei Talks about the Christmas Parade, This is One of China’s Most Popular Shows and Beloved Hosts” on Spreaker.

Listen to “Murphey Deng shares her background and her passion for Peace” on Spreaker.

Listen to “A Magnificent Virgin Hotel is coming to NY, John Lam and his team tell us about it in” on Spreaker.

Listen to “Chinese/English. A Magnificent Virgin Hotel is coming to NY, John Lam and his team tell us about it in” on Spreaker. 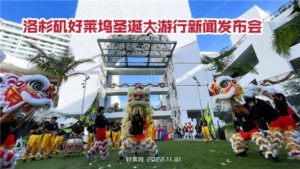 The 90th Annual Christmas Parade press conference was held at 9:00 a.m. on November 21 at the Hollywood Walk of Fame in Los Angeles. The press conference was attended by the State of California, Beverly Hills City Hall, the Marine Corps, major consulates and diplomatic envoys and major sponsors. The press conference was full of Chinese elements, with a giant panda pulling a carriage carrying Santa Claus as the U.S.-China joint mascot around the venue, and a lion dance and martial arts performance that brought the atmosphere to a climax. 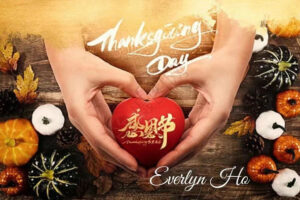 Today is Thanksgiving Day. May all people in the world have a grateful heart.

Mr. Ge Yuhua, California Sales Director of MXQ Life Water and California Media Director of Huayu China, the sponsor of this year’s Christmas Parade and Family Movie Awards, was on hand on behalf of Dr. Ma Xiaoqiu to bring you a wonderful live video! 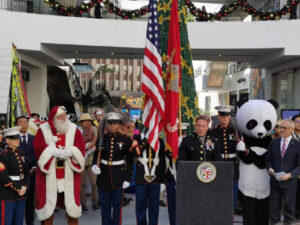 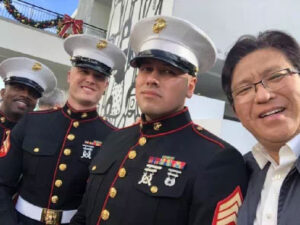 The 90-year-old Hollywood Christmas Parade has a long history and reputation as one of the most influential parade events in the country, held on the last Sunday of November every year with hundreds of thousands of spectators. This year’s Hollywood Christmas Parade, in conjunction with the Family Movie Awards, will be broadcast internationally during the holiday season by the American Forces Network, a mainstream media outlet in the United States, and will air on The CW Network in primetime television on December 16 from 8:00 p.m. to 10:00 p.m.
In an exclusive interview with Pacific Business, renowned director David Mackenzie, producer of the Hollywood Christmas Parade and the Family Movie Awards, said that this year’s Family Movie Awards have been taped and will be broadcast worldwide on the youth-friendly The CW Network and PopStar! He revealed that in recognition of the outstanding contributions to the awards by Family Movie Awards Lifetime Chairman Dr. Xiaoqiu Ma, the cities of California and Los Angeles, the Toys for Tots Foundation and the U.S. Marine Corps, and the entire parade will present a special plaque to Dr. Ma and MXQ LifeWater. 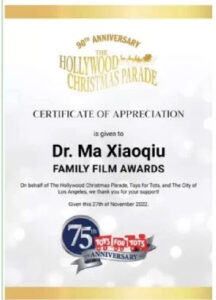 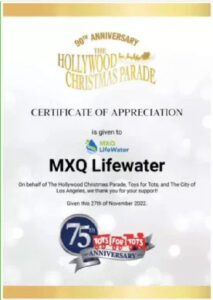 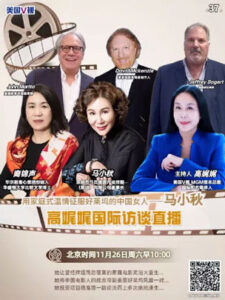 Chabad Family Programs is once again hosting Chanukah on Ice NYC, on the 2nd night of Chanukah, Monday, December 19, 2022 Wollman Rink
Next Post: Chinese/English.  A Magnificent Virgin Hotel is coming to NY, John Lam, Joseph Yi, Hung Luk tell us about it