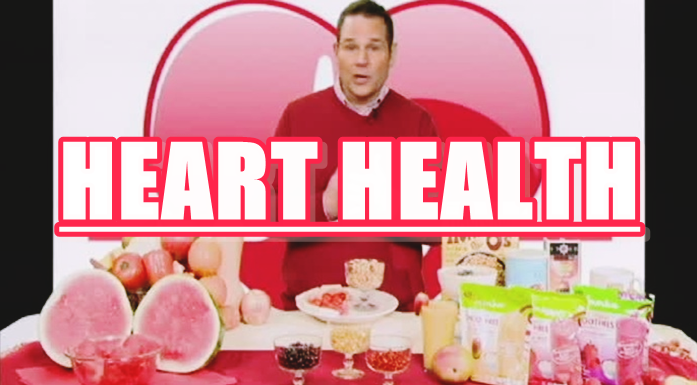 Guest: Jim Morelli, Registered Pharmacist and Nationally Recognized Health Expert
What better time than now to take February “to heart”? This month marks the celebrations of both Valentine’s Day and Heart Health Month, so there’s never been a better reason to be good to your heart. According to the American Heart Association, living a healthy lifestyle can help you reduce your risk for heart attack and stroke. And, it comes as no surprise that staying fit through smart diet and exercise is a good investment. Nationally registered pharmacist an health , wellness and lifestyle expert Jim Morelli has a few simple steps that can keep our hearts beating strong.

Jim Morelli is a registered pharmacist, author and television personality, and a national spokesperson for a number of consumer health products.  Morelli began his pharmacy career in the Boston area, after graduating from the Massachusetts College of Pharmacy. He went on to earn a Master’s degree in civil engineering from Tufts University. As a pharmacist, Morelli worked in retail and hospital settings, as well as for a pharmaceutical firm and in two major poison control centers. Morelli began his journalism career as a newspaper reporter in Atlanta, Georgia. His work has also appeared in such publications as Men’s Fitness, USA Today and Men’s Health. He is the author of Poison! How to Handle the Hazardous Substances In Your Home, which was featured on The Oprah Winfrey Show. Morelli began his television journalism career at the CNN Airport Network, where he worked as a producer and writer. He was promoted to weekend anchor at Headline News and also worked in several other CNN divisons, including CNN Radio and CNN International. Morelli also worked as a local news reporter for WGCL, the CBS affiliate in Atlanta, as well as at WCVB, the ABC affiliate in Boston. Morelli splits his time between Boston and Atlanta.

If you have a beautiful woman whom you respect and adore with all your heart … Compartele this video …
Next Post: Photographer Brian Skerry was certain the whale would just keep swimming. Instead, something amazing happened.