Help Me Welcome Commissioner Bratton Back to New York City

You are here: Home / Good News To Go / Help Me Welcome Commissioner Bratton Back to New York City 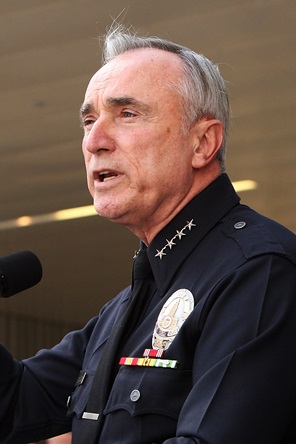 Throughout my career in public service, I’ve talked about the dual need for both safe streets and pro-active crime-fighting strategies. And I’ve focused on the importance of protecting civil liberties, treating people with respect, and following the U.S. Constitution.

In New York City over recent years, we’ve experienced an approach to crime-fighting that has too often alienated communities from their police force through the overuse of stop-and-frisk.

At the same time, thanks to the hard work of the brave men and women of the NYPD, New York City is the safest big city in the country.

And I believe repairing relations between police and the community they serve is the key to making our city even safer.

This is why I’m proud to announce that today I appointed William J. Bratton as New York City’s next Police Commissioner.

Bill Bratton is a proven and progressive crime-fighter, and my charge to him is clear:

Use the best technology and tactics to focus our law enforcement’s efforts on criminals to reduce crime even further, and make our streets and neighborhoods even safer.

Continue the NYPD’s success in keeping our city safe from terrorist threats.

Continue the groundbreaking work in progressive policing to keep the NYPD at the cutting edge of innovation and pioneering police strategies.

And repair relations between the police and the communities it protects by ending the overuse of stop-and-frisk, and ensuring police tactics are applied constitutionally, consistently, fairly and without bias.

Read more about Commissioner Bratton’s record and experience, and help me welcome him back to New York.