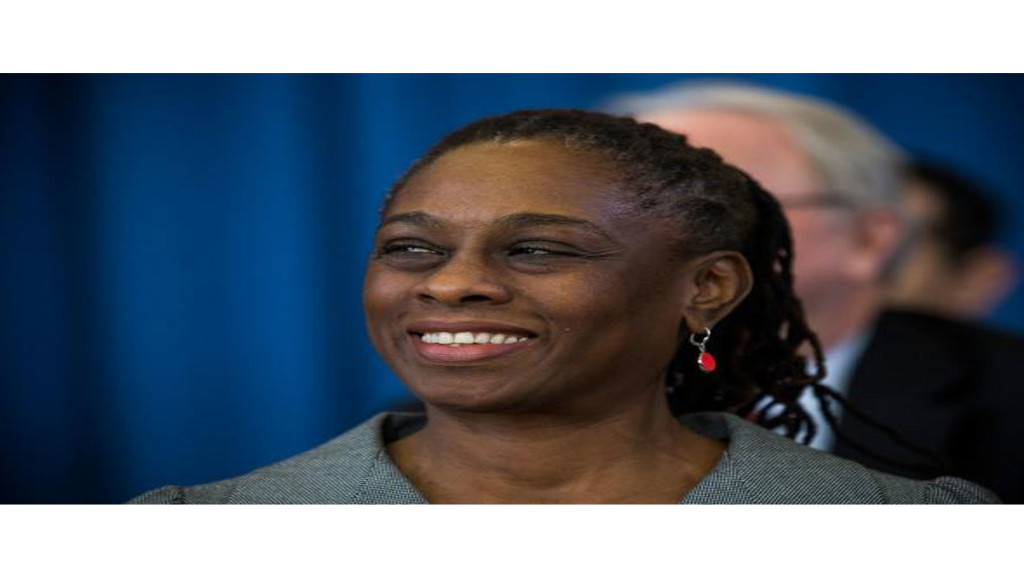 When First Lady Chirlane McCray talks about the importance of opening the doors of opportunity to people living on the margins of society, she speaks from experience.

Ms. McCray was born in Springfield, Massachusetts. When she was ten years old, her family moved to nearby Longmeadow, which was known for its strong schools. She was always the only African American student in her class, sometimes the only one in the entire school. Those years were tough but her parents knew the education available in Longmeadow would ultimately provide Ms. McCray with the tools she needed thrive.

In high school, Ms. McCray discovered the power of poetry. She used her love for writing to communicate with both herself and the outside world. At Wellesley College, she teamed up with fellow students to launch Brown Sister, a publication celebrating the voices of women of color. After graduating, she completed the prestigious Radcliffe Publishing Course.

Ms. McCray moved to New York City in 1977, armed with one job lead, a place to stay, and about $35 dollars. She landed a position with Redbook magazine and spent most of the next decade in magazine publishing, working as a writer, editor, and marketing research analyst.
Her deep commitment to social justice eventually led her to the non-profit world. She quickly realized that every organization she worked with relied on government support to achieve their mission. This inspired her to take a position with the NYC Commission for Human Rights, where she could play a role in achieving long-term system change, which was her ultimate goal.

Her work with the Commission transitioned to a position writing speeches for Mayor David Dinkins. It was while working for Mayor Dinkins that she met Bill de Blasio, whom she married in 1994. Ms. McCray later served as a speechwriter for State Comptroller Carl McCall and City Comptroller Bill Thompson. She also worked on the communications team at Maimonides Medical Center in Brooklyn. There, she coordinated paid media for the Medical Center and ensured that communication reflected culturally sensitive messages designed to help people access crucial health services.
As First Lady of New York City, Ms. McCray is committed to helping those who need help most. Every chance she gets, Ms. McCray asks New Yorkers how City government can improve their day-to-day lives. She has played a central role in the Administration’s successful efforts to establish universal pre-kindergarten and after school programs for all middle school students.

Ms. McCray is proud to serve as Chair of the Mayor’s Fund to Advance New York City. The goal of the Fund is make sure all New Yorkers have access to the programs and resources they need to achieve their full potential. The Fund’s work is focused on health, education, community empowerment and social justice. As Chair, Ms. McCray brings leaders in the private and public sectors together to support Mayor Bill de Blasio’s progressive agenda.

Ms. McCray loves reading, quilting, and sitting around the dinner table with Bill and their two wonderful children, Chiara and Dante. You can learn more about her work at FLO.NYC, where she shares her stories, poems, photos and videos. She invites New Yorkers to help her make the greatest city in the world even greater.