Hope for Those with Hemophilia

You are here: Home / Living & Learning / Health and Wellness / Hope for Those with Hemophilia

Listen to “Hope for Those with Hemophilia” on Spreaker. 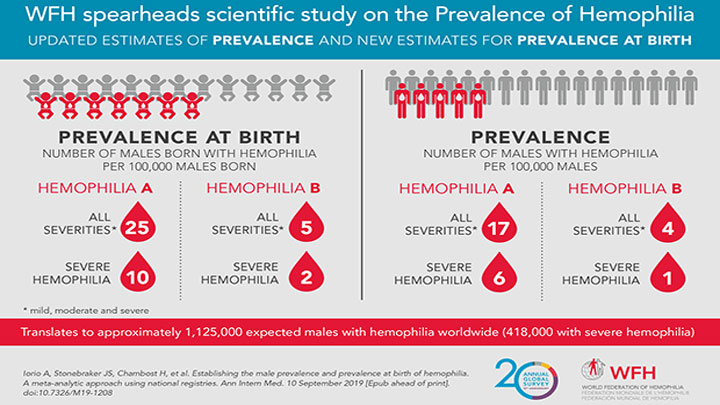 In recent years, people with hemophilia A have found hope thanks to important developments in the treatment of this bleeding disorder. For some living with this chronic condition, this may mean experiencing the coming holiday season with a new outlook on living with hemophilia A.

Guy is in his mid-30’s and was diagnosed with hemophilia A at birth. As a child, he experienced spontaneous brain bleeds at 18-months-old and again at three-years-old, which led to him becoming legally blind and experiencing seizures. Guy remembers going to the hospital multiple times a week for treatment and having over 20 surgeries. As a young adult, he avoided certain activities that might lead to a bleed.

Hemophilia A is a rare genetic bleeding disorder, typically diagnosed at a very young age, in which a person’s blood does not clot properly, leading to uncontrolled bleeding that can occur spontaneously. There are approximately 20,000 people who have hemophilia in the United States, with hemophilia A being the most common form.1,2 For people diagnosed with this rare condition, it can be a life-altering diagnosis. Even with treatment, hemophilia A can result in bleeds in muscles and joints that may lead to joint damage and chronic pain.2

People like Guy can face significant challenges managing their condition.3 After decades of accepting this as his normal, he began a different medicine that he takes once a month and has experienced fewer bleeds requiring treatment. Guy recently earned a master’s degree to pursue a career in strategic marketing. He has so much to celebrate this holiday season–it will be particularly special as his first as a newlywed after getting married in a small ceremony this past June.

Dr. Amy Shapiro, a hematologist-oncologist and Co-Founder of the Indiana Hemophilia and Thrombosis Center along with Guy Law, to discuss the impact this latest treatment continues to have for people living with hemophilia A.

If someone comes into your life and has a positive impact on you……….
Next Post: Man’s/Women’s Creativity Abounds as one with nature