HOLIDAYS AND HOUNDS: MAKING SURE YOUR TRIPS AND CELEBRATIONS AREN’T RUFF ON YOUR DOG

You are here: Home / Good News To Go / HOLIDAYS AND HOUNDS: MAKING SURE YOUR TRIPS AND CELEBRATIONS AREN’T RUFF ON YOUR DOG 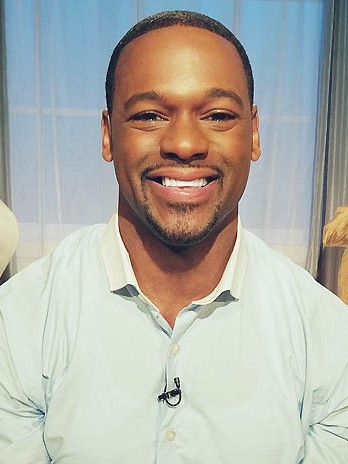 HOLIDAYS AND HOUNDS:
MAKING SURE YOUR TRIPS AND CELEBRATIONS AREN’T RUFF ON YOUR DOG
How to Avoid Dog Flu and Keep Your Pup Healthy During the Holidays

Holiday travel can be stressful – from delayed flights to packed airports to lost luggage – and with cold and flu season in full swing, staying healthy during a trip is a priority for many travelers. And it’s not just the humans in our family we should be worried about. Your pup’s health could also be at risk, whether you’re bringing your pup with you or leaving him with the sitter.

If your canine is around dog friends during the holidays – whether that’s at the airport, a boarding kennel, grooming facility or family gathering with other pups – they could be at risk for dog flu. Dog flu is very contagious and easily spread from dog to dog by direct contact, nasal secretions (through barking, coughing or sneezing), contaminated objects (kennel surfaces, food and water bowls, collars and leashes), and people moving between infected and uninfected dogs. Dogs of any breed, age, sex or health status are at risk of infection when exposed to the virus.[1] In 2018 alone, there have been nearly 1,000 confirmed cases across the United States – and those are just the cases verified through lab testing. Thousands of other cases may have been diagnosed by veterinarians based on signs and symptoms.

On Friday, November 16, Dr. Courtney Campbell, veterinarian at VetSurg and frequent guest on Rachael Ray and Live with Kelly and Ryan, is available to explain these signs and symptoms and what pet parents can do to prevent their pup from getting sick. He previously co-hosted Nat Geo Wild’s Pet Talk.
Interview courtesy: Merck Animal Health

SUGGESTED ANCHOR LEAD-IN AND QUESTIONS FOR HOUNDS AND HOLIDAYS

THE HOLIDAYS ARE A GREAT TIME TO SOCIALIZE AND CATCH UP WITH FRIENDS AND FAMILY. THAT MAY MEAN YOUR DOG IS SOCIALIZING MORE TOO – AT HOLIDAY PARTIES, WHILE BOARDING AT A KENNEL OR TRAVELING WITH YOU TO VISIT RELATIVES. BUT THESE ACTIVITIES COULD PUT YOUR DOG AT RISK FOR ILLNESSES LIKE DOG FLU.

HERE TO TALK ABOUT KEEPING YOUR FOUR-LEGGED FRIENDS HEALTHY OVER THE HOLIDAYS
IS DR. COURTNEY CAMPBELL, A VETERINARIAN AT VET-SURG.

• WHY IS DOG FLU A CONCERN AROUND THIS TIME OF YEAR?

• WHAT ARE THE SYMPTOMS OF DOG FLU?

• IS THERE ANYTHING PET OWNERS CAN DO TO PROTECT THEIR POOCH FROM THIS DISEASE?
o .
• WHAT OTHER HEALTH ISSUES SHOULD PET PARENTS KEEP IN MIND WHEN TRAVELING FOR THE HOLIDAYS WITH THEIR PETS?

• WHAT ABOUT KENNELS AND GROOMING SALONS – HOW CAN THEY HELP TO STOP THE SPREAD OF DOG FLU?

• WHERE CAN PET OWNERS LEARN MORE ABOUT THE DOG FLU AND HOW TO AVOID IT OVER THE HOLIDAYS?

Hailing from New England, Courtney was raised in the quaint town of Burlington, Connecticut. His curiosity for pets emerged when he young visiting his mother’s home country of Antigua in the West Indies. Remarkably, he discovered the joy of sprinting right along with pygmy goats as they played in the grasslands. That experience as a young child has resonated with him ever since. On his tenth birthday, he received his first puppy and the dream of becoming a veterinarian was born. His academic journey lead him from the University of Delaware and then on to Tuskegee University School of Veterinary Medicine. But for Courtney, the academic journey was far from over. He completed three one-year internships, and then a three-year surgical residency in Los Angeles.

He moved slightly north and now enjoys the sunshine in Santa Barbara, California for which he affectionately calls paradise. Courtney is not only fluent in Spanish but he is also a 5-time NPC Physique competitor. He enjoys volunteering with rescue organizations, running, and freelancing in theater and short film projects.

He currently works at VetSurg, a specialty surgery practice in Ventura, California. There he focuses on orthopedic, soft tissue, and minimally invasive surgery. He is also a featured lecturer for Merck Animal Health. Courtney co-hosted a national talk show on Nat Geo Wild called Pet Talk and he has continued to be a featured guest on a myriad of programs such as Rachael Ray, Live with Kelly, The Doctors, Home and Family, The Real, The Boris and Nicole Show, Pet Collective’s Ask a Vet/Hot Vet. Courtney currently hosts his own podcast called The Dr. Courtney Show on Pet Life Radio. Most recently, he has served as the pet-centric news correspondent for Top 30, a new, contemporary news program.

Whether it’s media, theater, or film, Courtney is looking forward to fun career in the world of ‘edutainment’.