How far and how close is Hollywood to China? Check out the story of Ma Xiaoqiu…

You are here: Home / Good News To Go / How far and how close is Hollywood to China? Check out the story of Ma Xiaoqiu…

By Pacific Finance
Hollywood is no stranger to China. Even if you haven’t heard of the highest grossing movies “Titanic” or “Avatar”, haven’t seen kids eyes glued to the screen when “Moana” comes on, or haven’t heard of “Superman” “Hunger Games” “The Expendables” or “Brave Heart”, Or spent time watching the Disney animation version of “Mulan” you must have heard of the Sino-American co-production of “The Flowers Of War”, “The Great Wall” or “The Meg“.

Haven’t seen it? “The Meg” was released simultaneously in the summer of 2018 in mainland China and the United States, and in just three days of release, the box office in mainland China exceeded 300 million yuan; in the United States for three days, it also raked in nearly 200 million dollars! Still haven’t heard of it? When is the last time you’ve been to the movies?

Have you heard of “Kung Fu Panda”? The story of a lazy panda who dreams of becoming a kung fu legend. Kung Fu Panda was a global phenomenon: Kung Fu panda was everywhere!

“Kung Fu Panda 3” set another record as the first ever Sino-American co-produced animated film. The Kung Fu Panda series is the brainchild of DreamWorks CEO Katzenberg and Shanghai Chinese Culture Industry Investment Fund Chairman Li Ruigang. Due to the super strong Chinese behind-the-scenes team, about 1/3 of the entire “Kung Fu Panda 3” film was produced in China.

Another record set by “Kung Fu Panda 3” is the large number of Chinese elements, such as jade and the creation of the incredibly beautiful and verdant Qingcheng Mountain in Sichuan, Po’s hometown. Another example is the Po’s tribe’s skill of Qi Gong, which is one of the essences of Chinese culture. If you go to Qingcheng Mountain, there will be men, women and children practicing kung fu on the mountain. Not to mention those original ink animations and Chinese landscapes, a strong sense of Chinese culture can be seen throughout the entire film.

Here’s the problem: Chinese and American cultures are different, which dictates a different way of storytelling. Chinese people like to teach while being entertained and everything has to end up with a moral. However, in the US, if a movie can make the audience sit in the chair for 90 minutes without moving, then that will be a big success.

Back then, the difficulty was not to find a few hundred million to make a movie. Financing was not a problem in 2012 when Katzenberg teamed up with Li Ruigang and Hong Kong Lan Kwai Fong Group Chairman Sheng Zhiwen to set up the joint venture “Oriental DreamWorks” and create “Kung Fu Panda 3”. The company raised $330 million in its first round of funding based on a 1.6x return on investment for Kung Fu Panda 1 and Kung Fu Panda 2. The joint venture project is 54.55% owned by the Chinese side and 45.45% by the American side. Later, Kung Fu Panda 3 only used 1/3 of the capital.

The biggest dispute between Li Ruigang in Shanghai and Katzenberg was who had the right to make the “Oriental Dream Factory” story. 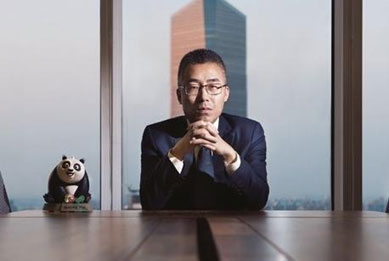 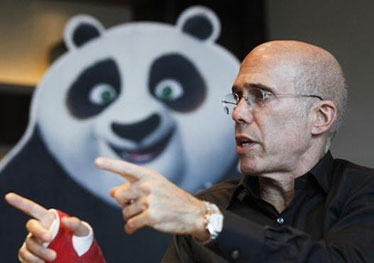 Katzenberg, however, insisted on his right to make decisions about the story, saying he knew at a glance what kind of story would sell. His reason was very simple: if he likes you, he’ll pay for you. The average box office of the movies released by DreamWorks was between 400 million and 500 million USD. At that time in China, only “Pleasant Goat” and ”Big Big Wolf” made more than 100 million RMB at the box office. That was the status quo in 2012, and there were only 8,000 screens in Chinese cinemas.

The final solution was to set up a creative executive committee in Oriental Dream Factory by Rui Gang Lai. Katzenberg and Li Ruigang, would get a vote that must be agreed upon. The latter agreement was a betting proposition – if the first three films were successful, Li Ruigang would have the final decision thereafter. Faced with the fast-growing consumer market in China, Katzenberg decided to “bet” on it.

At the same time, a grand dream project was rising with “Kung Fu Panda 3” in a prime location of 8.6 square kilometers in Xuhui Riverside. This project, tentatively named “Dream Center”, was the first cultural real estate project jointly operated by Shanghai Chinese Culture Industry Fund and China Development Finance, with a total investment of about 15 billion yuan. It was the ” Dream Center” that landed in China together with “Kung Fu Panda”.

Such a commercial masterpiece is hard to see in China’s animation industry. Even later, the dark horse of the domestic animation box office champion, “Monkey King: Hero Is Back”, after the box office broke 1 billion, not even a shadow of a derivative product to see. Whereas “Kung Fu Panda” was already planning a $15 billion “Kung Fu Panda” theme park before the movie even started shooting!

Moving away from the success of Kung Fu Panda 1, 2 and 3, China’s box office in 2020 will surpass the 10 billion mark, catching up with the United States. 8,000 screens has increased to more than 80,000. But why isn’t there an inspiring and heartfelt movie like “The Pursuit of Happiness”? In the 40 years of reform and opening up, from 1981’s “Hibiscus Town” to 2021’s “Hi, Mom!” There is not a single story on the screen that can make billions of people around the world eager to know the story behind China’s economic myth. Whether it’s in English or Chinese, China’s economic miracle was created by the Chinese people. How did they create it? What kind of a heartfelt Chinese story can we tell that will bring audiences around the world into the heart of China? 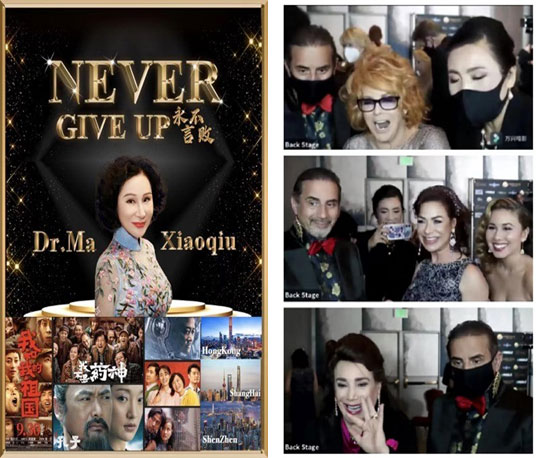 The story we are all looking for is Ma Xiaoqiu’s story. After listening to the 12 songs written and sung by her and several pictures that might become movie commercials, two Hollywood movie production companies decided to start shooting the story of Ma Xiaoqiu.

“I’m writing a Marvel movie,” said a screenwriter for a Netflix series after an interview with Ms. Ma Xiaoqiu. “Today, I saw a Marvel-style hero in my life.”

Another person after listening to Ma Xiaoqiu’s songs: “Ode to Fuxi”, “You are beside me” and ” Mutual Fulcrum ” said he could not help but have tears in his eyes, saying, “This is the Chinese Tao, which enters the world of morality through the power of music.”

Just as Bill Gates envisioned his Windows XBox, Musk today envisioned his plan to fly into outer space with Space X, this screenwriter envisioned his short film about Ma Xiaoqiu’s music as X Tao – The Way to the Unknown: The Power of Music. 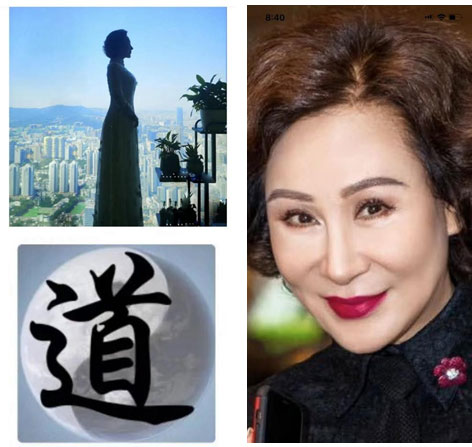 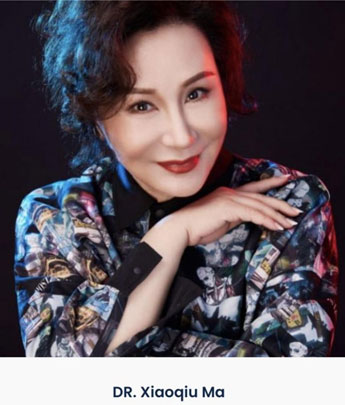 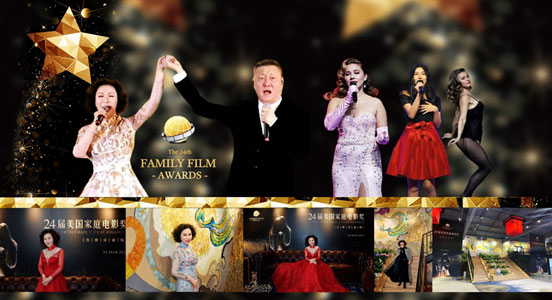 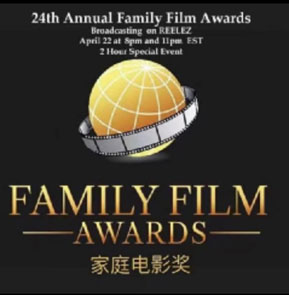 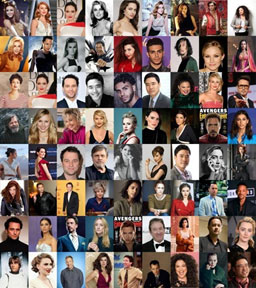 On December 9th in Hollywood Hills, Dr. Ma Xiaoqiu, although anxious that she might speak English and have Chinese subtitles, completely trusted professionals to quietly reveal a clip to an audience of a hundred people.

When the time comes, we’ll report on it! Let’s see just how far and how close Hollywood is to China!