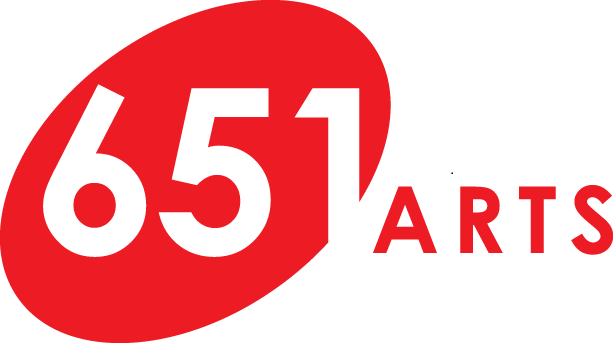 Created by and Featuring Dynamic Entertainer and Performance Artist

In Their First Major Presentation

In Collaboration with the Downtown Brooklyn Partnership

The Plaza at 300 Ashland (Flatbush and Lafayette Aves.), Brooklyn, NY

(Brooklyn, NY – June 6, 2019) – As part of this year’s NYC Pride, Brooklyn’s leading organization for the Diasporic Arts, 651 ARTS, is proud to present dynamic entertainer and performance artist Andre J. with theirfirst major presentation, Excuse Me, Hello, a site-specific theatrical installation that celebrates the reinvention of the human spirit through fashion, fun and music. The presentation will have its debut at The Plaza at 300 Ashland on Friday, June 28th as part of a free, outdoor celebration in collaboration with the Downtown Brooklyn Partnership before being presented during BAM’s Everybooty, one of Brooklyn’s most iconic Pride Week parties, at the BAM’s Fisher the next day on Saturday, June 29th.

Rounding out 651’s Spring 2019 season, Excuse Me, Hello is an interactive experience conceived by Andre J & co-created with and under the direction of Choreographer, Polanco Jones, Jr. for the 2019 WorldPride/NYC celebration.  The piece is bold, unapologetic and embraces the concept of showing up as one’s most authentic self as well as pays homage to pioneering gay and transgender rights activists of color including Marsha P. Johnson and Sylvia Rivera.

“One of the most beautiful parts of artistry is being able to stand firm in the truth, whatever that means to the individual. I love artists like Andre who are exciting and unafraid to share their truth in their work. If you are around Andre for 10 seconds their joy, their truth is contagious,” said Raelle Myrick-Hodges. “As an organization that has centered its mission around providing a platform for artists across the Diaspora to tell their stories, it is imperative to me and critical to mission that all of our artists have that opportunity. There are so many wonderful artistic voices in the LGBTQIA community, and we want to ensure that they are heard and seen.”

For Friday’s presentation of the show at the Plaza at 300 Ashland, Andre will present a family–friendly extension fit for all ages with “Excuse Me, Hello: Stay Fly Butterfly,” highlighting themes of acceptance, transformation, and curated specifically with POC/Queer families in mind.” Additionally, this free, outdoor event held in collaboration with the Downtown Brooklyn Partnership, will also include interactive art projects led by featured visual artist Leo Jiminez and his son, yoga classes given by Alicia M. Morris, a conversation with the show’s creators and the presenter with and by Antonio Brown aka DJ TonyMonkey.

From making history on the cover of Vogue Paris to giving self-esteem boosts to young girls at New York’s Lower East Side Girls Club and Hetrick-Martin Institute, New Jersey native Andre J. is a multi-faceted personality and performer. At the beginning of their career, Andre conquered New York’s nightlife and fashion world in red lipstick, cat suits and high heels. As a party promoter, entertainer, muse, and personality, they quickly became a City notable and sensation, attracting industry greats such as Patricia Field, Tyra Banks, Joan Rivers, Amy Winehouse, Whitney Houston and the duo Inez van Lamsweerde and Vinoodh Matadin. Soon thereafter, Andre J. became a global phenomenon when they were featured on the cover of Vogue Paris also making history as the “first Black male model” to grace the cover of the magazine. Andre, who currently splits time between New York and London, has continued to evolve as a performer and entertainer.

“I am just so incredibly honored to bring Excuse Me, Hello to life as part of WorldPride NYC and on the milestone 50th anniversary of Stonewall. All of my work is always rooted in being your most authentic self and with Excuse Me, Hello ,that is especially true because it pays homage to people who really spearheaded the efforts of the concept of living in your truth, the pioneers of the movement like Marsha P. Johnson and Sylvia Rivera,” said Andre J. “We would not be here celebrating today without their efforts. I feel like it is up to me and artists like me to hold and carry the torch of their legacy, especially in this time when transgender people are being killed just for being their authentic selves, just for existing. There is still work to do and I am committed to doing it. This performance for me is about celebrating and honoring that journey to the highest level. We are going to show up and show out!”

This year, NYC Pride will highlight WorldPride and marks the 50th Anniversary of the Stonewall Uprising and a half-century of LGBTQIA+ liberation.

Since its inception in 1988, 651 ARTS has become a trusted convener of contemporary African Diasporicexpression and remains committed to championing and supporting emerging artists and providing them with a platform to launch and develop their work.  Last year, as it ushered in its 30th Anniversary – marking an important milestone in its rich history – 651 strategically entered a phase of rebuilding. Before moving to a new home at the much-buzzed about cultural spaces at 300 Ashland Place (now known as 10 Lafayette) in the next couple of years, the organization has begun to reimagine its artistic and institutional footprint, preparing 651 for the next 30 years and beyond. The appointment of Raelle Myrick-Hodges as 651’s first Creative Director is part of a larger organizational strategy to expand the institution’s artistic vision. Following this year’s schedule, the organization will continue to aggressively program for 2020.

Founded in Brooklyn, NY in 1988, the mission of 651 ARTS is to enrich the lives of artists and intergenerational audiences through captivating cultural experiences that amplify the rich complexities of the African Diaspora and connect with people all over the world. 651 provides professional development for artists of African descent while simultaneously presenting international and regional works in dance, music, film and theater.

651’s signature programs have featured pioneering black choreographers from around the world including Germaine Acogny, Nora Chipaumire, Carmen de Lavallade, Diane McIntyre, Bebe Miller, Abdel R. Salaam and Jawole Willo Jo Zollar. As part of its commitment to the furtherance of conversations and celebration of Diaspora music, the institution has presented dialogues and performances by Somi, Hugh Masekela, and Grammy-winning artist Betty Carter, to name a few.

651 ARTS’s 2019 season will feature a condensed series of programs in preparation for the organization’s transition.

Raelle Myrick-Hodges is the founder of Azuka Theater in Philadelphia, now in its 24th year. In prior roles, she was the Artistic Director of Brava for Women in the Arts (San Francisco) – taking the institution from a 90% rental facility to an internationally renowned arts presenter in theater, dance, music within four years. Most recently, she served as the inaugural Curator of Performing Arts for the Contemporary Arts Center New Orleans.  As a nationally-known stage director, Myrick-Hodges has worked in over 15 regional theaters and museums including SF MOMA, Playmakers Repertory, California Shakespeare Theater, Theater Minnot (Beirut), The Public Theater, National Black Theater, EDELO Residencia (Chiapas, Mexico) with visual artists Mia Rollow and Caleb Duarte, among others.

Downtown Brooklyn Partnership is a not-for-profit local development corporation that serves as the primary champion for Downtown Brooklyn as a world-class business, cultural, educational, residential, and retail destination.

Working together with the three business improvement districts (BID) that it manages – the MetroTech BID, Fulton Mall Improvement Association, and Court-Livingston-Schermerhorn BID – the Partnership’s diverse activities include attracting new businesses and improving the environment for existing companies; facilitating the construction of public spaces and streetscapes that promote an active and cohesive community; supporting and promoting Downtown Brooklyn’s cultural assets; and encouraging a unified sense of place and an engaged civic community. For more information, visit www.downtownbrooklyn.com.

About the Plaza at 300 Ashland

Additional support for programming at the Plaza at 300 Ashland is provided by Two Trees Management Co and Whole Foods Market.

How are you? I am reaching out to you on behalf of my client 651 ARTS for a special show they are doing as part of this year’s NYC Pride celebration and the 50thAnniversary milestone of Stonewall. 651 is presenting consummate entertainer and performance artist Andre J. (who identifies as agender) with the premiere of Andre’s eclectic piece Excuse Me, Hello, which in their words is really a celebration of “living in your authentic truth” and an homage to gay and transgender rights activists, especially those of color – pioneers such as Marsha P. Johnson and Sylvia Rivera.  A special family-friendly version, Excuse Me, Hello: Stay Fly Butterfly will be presented in a free event in collaboration with the Downtown Brooklyn Partnership at 300 Ashland Plaza on June 28th followed by the premiere of the show at BAM’sEverybooty, one of Brooklyn’s most iconic Pride Week parties, on Saturday, June 29th.

A little background on Andre J. – Andre is an entertainer and performance artist who was a fixture in New York Nightlife and went on to grace the cover of Vogue Parisand is noted as the magazine’s “first Black male model.” In addition to their work as an entertainer/artist, model and muse, Andre is an energetic spirit who also does a lot of work within the LGBT community and with young people. Please let me know if we can do something in advance of the show (I can send additional info, set up interviews, etc.) or your thoughts on moving this forward. Thanks so much!