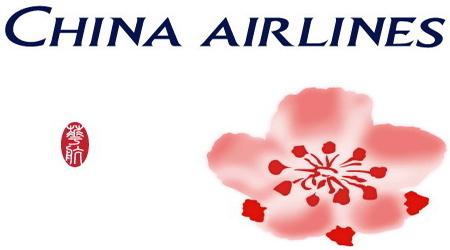 Taipei, Taiwan – China Airlines (CAL) proudly announces that starting April 28, 2011, flights from Taipei to New York will stop over in Osaka, Japan instead of Anchorage, Alaska. CAL will operate three round-trip flights per week on Boeing 747-400 passenger aircraft. The route change provides more choices and comfort to passengers traveling between Taiwan, Japan and the United States, as well as additional frequency on Taiwan-Japan routes with three additional flights between Taiwan and Japan.

At present, CAL already operates seven flights a week between Taipei and Osaka, and this schedule change will bring the total to ten flights a week. Osaka is Japan’s second-largest metropolis, being just slightly smaller than Tokyo. Osaka’s Kansai International Airport is equipped with modernized facilities, providing a wide variety of shopping, entertainment and rest choices.

To celebrate the new service, CAL is offering a NT$2,000 discount on Taipei-Osaka round-trip tickets, reducing the fare to NT$11,700 for those who purchase tickets through CAL’s website before May 31, 2011. CAL has also launched a new three-day, two-night “Fun in Spring Promotion” Dynasty Package tour for NT$13,000 and up per person, which includes economy airfare, two nights’ accommodation in Osaka and a one-way transportation coupon to get from Kansai airport to downtown Osaka. Those who purchase the package before June 25 will also each receive one sakura-flavored tea drink in their hotel rooms.

CAL is also offering free transfers to any point in the eastern United States for those purchasing tickets before June 16, 2011, so that passengers arriving at New York’s John F. Kennedy Airport at one o’clock pm local time will be able to transfer to major cities in the eastern United States. CAL is also offering special promotional fares for Business Class and Economy Class tickets. Passengers flying to New York on Dynasty Package tours may enjoy a free admission ticket to New York’s famous Empire State Building, while those returning to Taiwan from New York may purchase discounted hotel accommodations in Osaka, with additional cash discounts and mileage benefits for Dynasty Flyer members.

In spite of the slowdown in the travel market prompted by the strong earthquake, CAL has continued maintaining normal transport links between Taiwan and Japan. The United Nations, the International Civil Aviation Organization and the World Health Organization have all announced that radiation emission levels in Japan remain well within safe ranges, and that flights to Japan do not endanger the health of flight crews and passengers, making it unnecessary to place any restrictions on Japan-bound flights. Britain, Canada, Denmark and France have already lifted previous restrictions on travel to Tokyo, while the United States also announced on April 14 that its previous Travel Warning for Japan had been lowered to a Travel Alert. The Japan Association of Travel Agents (JATA) has also encouraged the public to resume normal tourism and consumption in Japan as the best way to help Japan recover from its earthquake disaster.

Arigato (Thank You) from Japan ~ 3.11 Rememberance ~ May Peace Prevail On Earth
Next Post: Actors’ Temple Comedy Benefit & Raffle on Sunday »