Jackie Zabel Teaches Us How to Cook Like a Star

You are here: Home / Arts & Leisure / Jackie Zabel Teaches Us How to Cook Like a Star 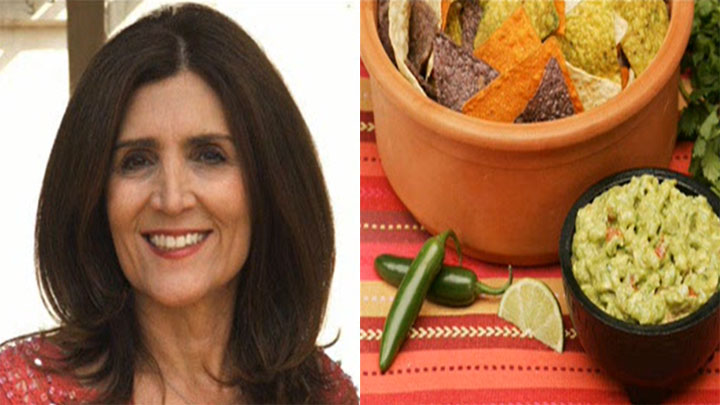 Hollywood Celebrities and Culinary Superstars Cook it Up for Twenty Charities in Jackie Zabel’s most recent release The Hollywood Cookbook Los Angeles, California, The Hollywood Cookbook celebrates the art of formal and casual entertaining Hollywood style. Arriving in stores in November, the elegant, hard cover book features flavorful and imaginative party menus from an ensemble cast of todays leading actors and actresses, plus delectable recipes from six beloved chefs of the gourmet world. Passionate about entertaining and compassionate about the needs of a changing world, each of the celebrities has graciously contributed original recipes to the book in the name of a charity close to his or her heart, with creations ranging from zesty appetizers to decadent desserts. The books stellar lineup includes Academy Award and Emmy Award winning actors from the film and television worlds. The book spotlights the culinary favorites of Ron Howard, Brendan and Afton Fraser, Michael J. Fox, Tracy Pollan, Alicia Witt, Anne Hathaway, Marlo Thomas, Thora Birch, Kerry Washington, James Denton, Esai Morales, Jane Kaczmarek, Bradley Whitford, Eric Close, Greg Grunberg, Treat Williams, Mark Dacascos, Don Most, Bob Saget, Paige Hemmis, Scott and Kelley Wolf. The book features scrumptious recipes from internationally recognized chefs who have shaped the culinary scene with their world-renown restaurants, books and cooking shows. The celebrity chef section highlights Wolfgang Puck, Joachim Splichal, Mario Batali, Rocco Dispirito, Nick Stellino and Michael Cimarusti. The books foreword is written by Chef Jamie Gwen, a Los Angeles based television and radio personality Inspired by their world travels, memorable family traditions and festive cultural celebrations, the celebrities share their most enjoyable entertaining experiences, their philanthropic interests and a taste of their lifestyle through personal notes and multi-coursed party menus. Reflecting the diverse palates of the celebrities and chefs, The Hollywood Cookbook boasts a mouth-watering mosaic of healthy and decadent American and international cuisine from Puerto Rico, the Pacific Rim, Mexico, France, the Caribbean and the Mediterranean. A portion of the books proceeds will benefit each of the twenty charities. With strong roots in the entertainment business, authors Jackie Zabel and Morgan Most have crafted a culinary philanthropic tour de force by bridging the talent, individuality and compassion of the acting community together into a hearty cookbook that celebrates the spirit and passion of cooking while supporting a broad array of causes in the areas of health and human services, the arts and the environment. Maurice Lacroix Swiss Watches and the Kitchen Academy are sponsors of The Hollywood Cookbook. Individual and bulk book preorders are now available online. Participating Charities: The Art of Elysium, Boys and Girls Club of America, Camp Heartland, The Childrens Lifesaving Foundation, City of Hope, Clothes off our Back, Crystal Peaks Youth Camp, Cure Autism Now, Elizabeth Glaser Pediatric AIDS Foundation, Habitat for Humanity, Lollipop Theater Network, P.S. Arts, The Michael J. Fox Foundation for Parkinson’s Research , Pediatric Epilepsy Project, Reel Angels, Save the Children, Scleroderma Research Foundation, St. Jude Childrens Research Hospital, Step up Womens Network, Tree People. Quote from Ron Howard on The Hollywood Cookbook: Making a great movie is about bringing together a lot of ingredients, and the same thing is true about cooking. Only in this case, were bringing them together to help a lot of good causes. About the Authors: Jackie Zabel is a screenwriter with numerous credits including a medical thriller, Pandemic, which aired on Hallmark Channel during Memorial Day weekend. Morgan Most is a former actress who has had roles in numerous television dramas and sitcoms. Both Jackie and Morgan are devoted mothers and have a genuine interest in all things culinary. Visit www.thehollywoodcookbook.com for additional information To view video: https://videos.whiteblox.com/gnb/secure/player.aspx?sid=33815

Previous Post: « Your Journey Into Optimal Health, Fulfillment and Bliss!
Next Post: Judith West on the Farm… in Manhattan? »