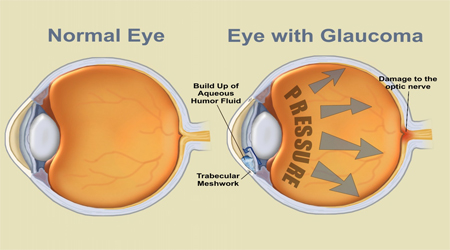 Millions of Americans are living with Glaucoma, but many may not know they have it…
Why You Should Be Talking About the Second Leading Cause of Blindness in the World
Panel of Experts Helps Drive Action for Glaucoma Detection and Management Surrounding One of the Leading National Meetings on Eye Health www.takeonglaucoma.com
JAMES C. TSAI, M.D., Chair of the Department of Ophthalmology and Visual Science at Yale University, and SCOTT CHRISTENSEN, President and CEO of The Glaucoma Foundation, urge Americans to take action to know their eyes
As the first wave of Baby Boomers turns 65, America is facing a greater health care burden than ever before. Yet common age-related diseases—such as glaucoma—continue to be under-diagnosed and associated with poor adherence to their treatment.
If glaucoma is not caught early and managed, it may lead to serious potential outcomes, including blindness. That’s why a panel of leading experts is attempting to set the record straight on glaucoma, with a call-to-action to help Americans understand the risks, ask the right questions and properly manage their condition if they are diagnosed. The call-to-action is part of the TAKE on Glaucoma campaign, an educational effort from The Glaucoma Foundation, the Alliance for Aging Research and Merck to raise glaucoma awareness and improve care for all patients.
With the spotlight on eye health surrounding one of the leading national meetings on eye health, there’s no better time to urge aging Americans to visit their eye care professional and ask about glaucoma. Early detection and proper management can help prevent the serious potential outcomes of glaucoma.
Glaucoma expert Dr. James Tsai and Glaucoma Foundation president Scott Christensen are available to discuss the steps laid out in the call-to-action and how Baby Boomers—and all Americans—can make eye health a priority.
More about James C. Tsai, M.D.: James C. Tsai, M.D., is chair of the Department of Ophthalmology and Visual Science at Yale University and chairman of the Medical Advisory Board of The Glaucoma Foundation. He is also a panel consultant for the Ophthalmic Devices Panel of the U.S. Food and Drug Administration, an associate examiner for the American Board of Ophthalmology and a member of the National Eye Health Education Program Planning Committee of the National Institutes of Health. He is the recipient of numerous awards, including an Achievement Award from the American Academy of Ophthalmology, Best Doctors in America and America’s Top Ophthalmologists. Also, he was recently named one of New York’s Best Doctors by New York Magazine.
More about Scott Christensen: Scott R. Christensen has been president and CEO of The Glaucoma Foundation since 2002. Prior to being a part of The Glaucoma Foundation team, he served in senior positions in management, development and fundraising at Colgate University, Juvenile Diabetes Research Foundation and New York Medical College. Scott moved to the not-for-profit sector after spending 25 years in finance, banking and real estate, including a term as president and CEO of a financial institution.

Previous Post: « Deadline 4/16: HK: ArtiST Festival Registration, + to Publish Art/Writing! Invitations, Meetings Recapped..
Next Post: CELEBS GET “WHITE HOT” IN THE HAMPTONS TO SAVE THE MUSIC »