You are here: Home / All We Need Is Love / Julie Reyburn’s “Winter Songs” 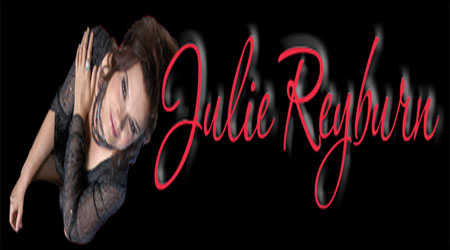 Julie Reyburn, Winter Songs,  shares her talents with Good News at Feinstein’s in New York.  We felt the songs that she sang and her talents were perfect celebration to share with our beloved Good News Audience.  Happy and Healthy Holidays to you and your friends and family.

Julie was awarded the 2011 MAC Award for Major Artist by the Manhattan Association of Cabarets and Clubs. She is a 4 time MAC, 2 time Bistro award winner who has appeared in many of the top clubs in Manhattan.  Her ability to connect to a lyric with unique interpretations has established her as one of New York’s celebrated female vocalist.  She is the first ever Nightlife Award recipient for Outstanding Female Vocalist (2003) and again in 2005 and 2009 as a finalist.    In 2007 Julie was presented with the coveted Julie Wilson Award from the Mabel Mercer Foundation “in joyful gratitude for the vocal majesty and lyrical interpretation she continually manifests in her classic presentations of the Great Popular Songbook”.

On the theatre stage, Julie has been featured in the Broadway by the Year series at the famed New York Town Hall.  Highlighted in both the “Broadway Musicals of 1940 and 1965″, Julie costarred with some of Broadway’s best.  She has been featured in numerous Cabaret Conventions sponsored by The Mabel Mercer Foundation. Most recently at Lincoln Center’s Rose Theatre as well as in Chicago’s famed Park West.

As a member of Actor’s Equity, Julie has performed Off-Broadway in new musicals, I Prefer to Dream at the Triad, Character Breakdown at Abington Theatre, War Brides at The York Theatre, The AtrainPlays at Neighborhood Playhouse, Falsettos for Storefront Theatre Company and in the award winning musical Africa & Plumbridge at the NY International Fringe Festival.