You are here: Home / Arts & Leisure / Music and Dance / The Kennedy Center held its 40th annual national celebration of the arts, Click here for Videos & Podcasts… 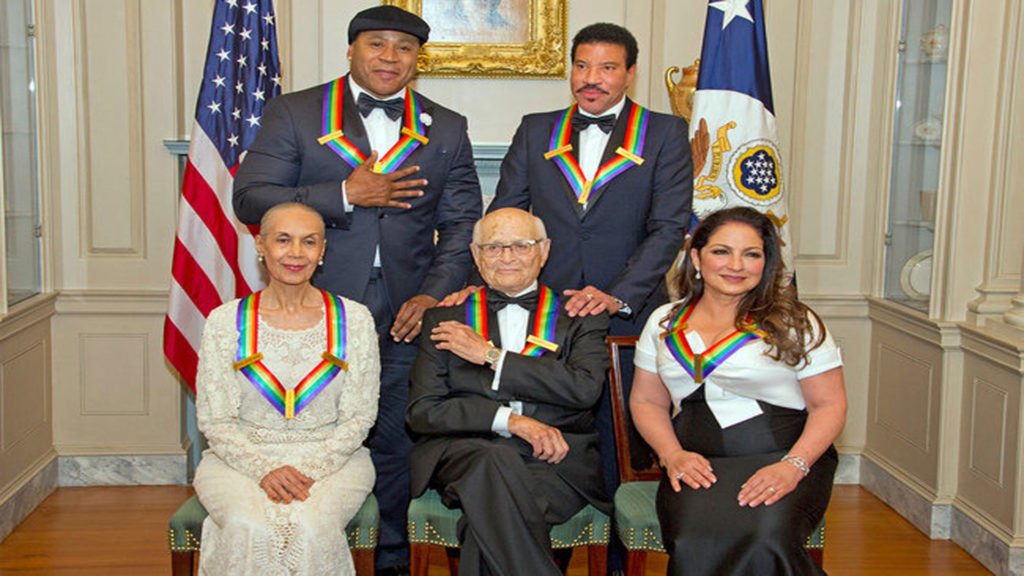 “The Kennedy Center Honors spotlights the extraordinary careers of five artists whose talent and ingenuity have enriched and shaped cultural life in America,” stated Kennedy Center Chairman David M. Rubenstein.
“Each of this year’s Honorees became known to and loved by the world because of their complete originality and bold genius,” said Kennedy Center President Deborah F. Rutter. “They are creators of the highest order, and as President Kennedy’s living memorial, the Kennedy Center is proud to shine a light on their boundless ‘contributions to the human spirit.'”
In a star-studded celebration on the Kennedy Center Opera House stage, the 2017 Honorees will be saluted by today’s leading performers from New York, Hollywood, and the arts capitals of the world through performances and tributes.
On August 19, 2017, the White House announced that the President of the United States and the First Lady will not participate in 2017 Kennedy Center Honors activities. In response, Kennedy Center Chairman David M. Rubenstein and President Deborah F. Rutter said: “The Kennedy Center respects the decision made today by the office of the President of the United States. In choosing not to participate in this year’s Honors activities, the Administration has graciously signaled its respect for the Kennedy Center and ensures the Honors gala remains a deservingly special moment for the Honorees. We are grateful for this gesture.”
The State Department Dinner and Awards Ceremony on December 2 and the Honors Gala on December 3 will continue as planned. All Honorees—Carmen de Lavallade, Gloria Estefan, LL COOL J, Norman Lear, and Lionel Richie—are expected to attend the weekend’s Honors events. The December 3 pre-gala White House Reception will no longer take place.
The Honors Gala will be recorded for broadcast on the CBS Network for the 40th consecutive year as a two-hour primetime special on Tuesday, December 26 at 9 p.m. ET.
2017 Kennedy Center Honors Executive Producers: Ricky Kirshner and Glenn Weiss, White Cherry Entertainment, Founding Producer: George Stevens, Jr.

How To Know If Your Relationship Is Doomed by Katie & Gay Hendricks. Submitted by Gina Green
Next Post: Thought for the Day…