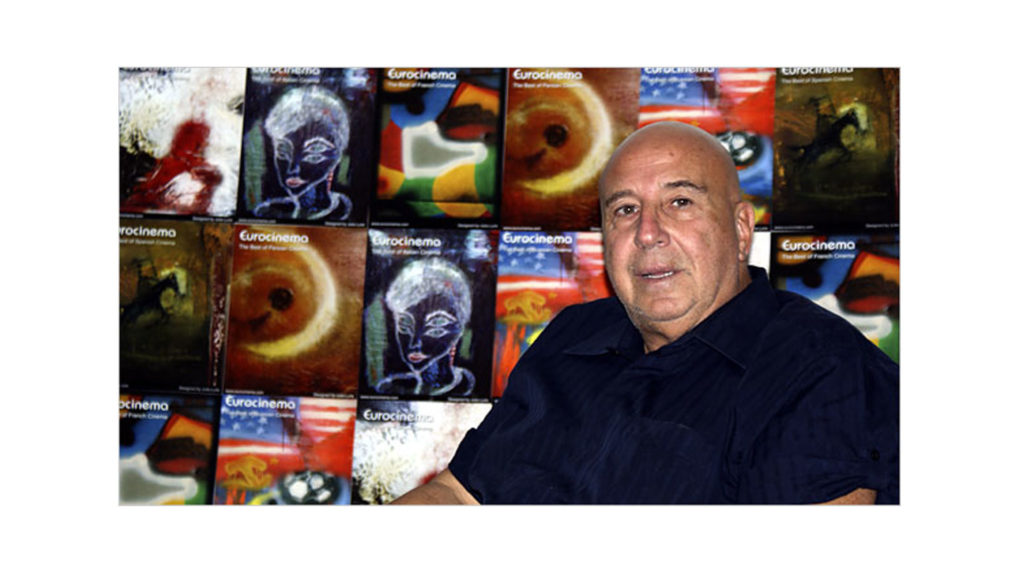 An entertainment industry veteran with over 40 years professional experience in cable television, live events and new media, Larry Namer is a founding partner of Metan Global Entertainment Group (Metan), a venture created to develop and distribute entertainment content and media specifically for Chinese speaking audiences in China and abroad. An accomplished entrepreneur, Mr. Namer is the co-founder of E! Entertainment Television, a company now valued at over $3.5 billion USD, and the creator of several successful companies in the United States and overseas.

Among those companies are Comspan Communications that pioneered Western forms of entertainment in the former Soviet Union, including the syndication of the popular soap opera Santa Barbara, which ran for 10 years in the region, and Steeplechase Media that served as the primary consultant to Microsoft’s MiTV for developing interactive TV applications. Steeplechase was also involved in the early development of ITV programming, creating interactive episodes of Baywatch, Pacific Blue and over 250 episodes of Judge Judy. Mr. Namer was also the Primary Strategic Consultant to The Documentary Channel.

A cable industry pioneer, Mr. Namer began his career in 1971 at Time Incorporated Manhattan Cable, and served as Vice President and General Manager of Valley Cable Television (VCTV) in Los Angeles, the nation’s first 61-channel two-way cable system. His vision and direction garnered VCTV several Emmy and Cable ACE award nominations, as well as recognition by Forbes magazine as the national model for local cable television programming. In 1989, he was awarded the prestigious President’s Award from the National Cable Television Association. Most recently, Mr. Namer was honored with the “Outstanding Contribution to Asian Television Award” at the 19th Asian Television Awards in Singapore.

Mr. Namer is recognized as one of the world’s leading experts on new technology and how it is fundamentally altering the business of international media and entertainment. Among the companies that have enlisted his expertise are Microsoft, Paul Allen’s Digeo, World Digital Media Group (a joint venture of Radio Shack), EchoStar and Sirius Radio network.

Today, Mr. Namer serves as President/CEO, Metan. Metan’s flagship series is Hello! Hollywood, a weekly entertainment news series tailored to Chinese audiences, offering up the latest in celebrity, pop culture and lifestyle news. Since its launch in summer 2009, the series is now available on over 40 television stations in China and six in North America reaching over one billion Mandarin speaking viewers. Hello! Hollywood’s premier content is also available on 10 of China’s top online portals, reaching more than four million viewers weekly, and recently was revamped for Metan’s new HOLLYWOOD CHANNEL on Tudou.

Metan is currently adapting popular Western TV formats for localized versions, including Go Dance! from Ukraine and Elite Model Search. The company has also developed the original sitcom Return to Da Foo Tsun and the recently launched Web series Planet Homebuddies, that has garnered an online audience of over seven million only one month since its launch. Metan was instrumental in joining together top China production houses Mei Tian and H&R Century TV with Warner Brothers International Television Production and the creators of Gossip Girl to develop a groundbreaking new teen drama series for China, to which Metan is also a consultant. Recently, Metan and a coalition of North America’s top TV and film writers partnered to launch Metan Wen Zhi Ku, a joint venture linking Western writing talent with transmedia projects for the China market. He also serves as Senior Advisor, Strategic Development to Eurocinema On Demand and is the co-founder of MINGYIAN INC., a China brand management startup for Western celebrities and influencers.