You are here: Home / Good News To Go / THE LES PAUL FOUNDATION CONTINUES TO INSPIRE CREATIVITY AND SUPPORT INNOVATION THROUGH GRANTS 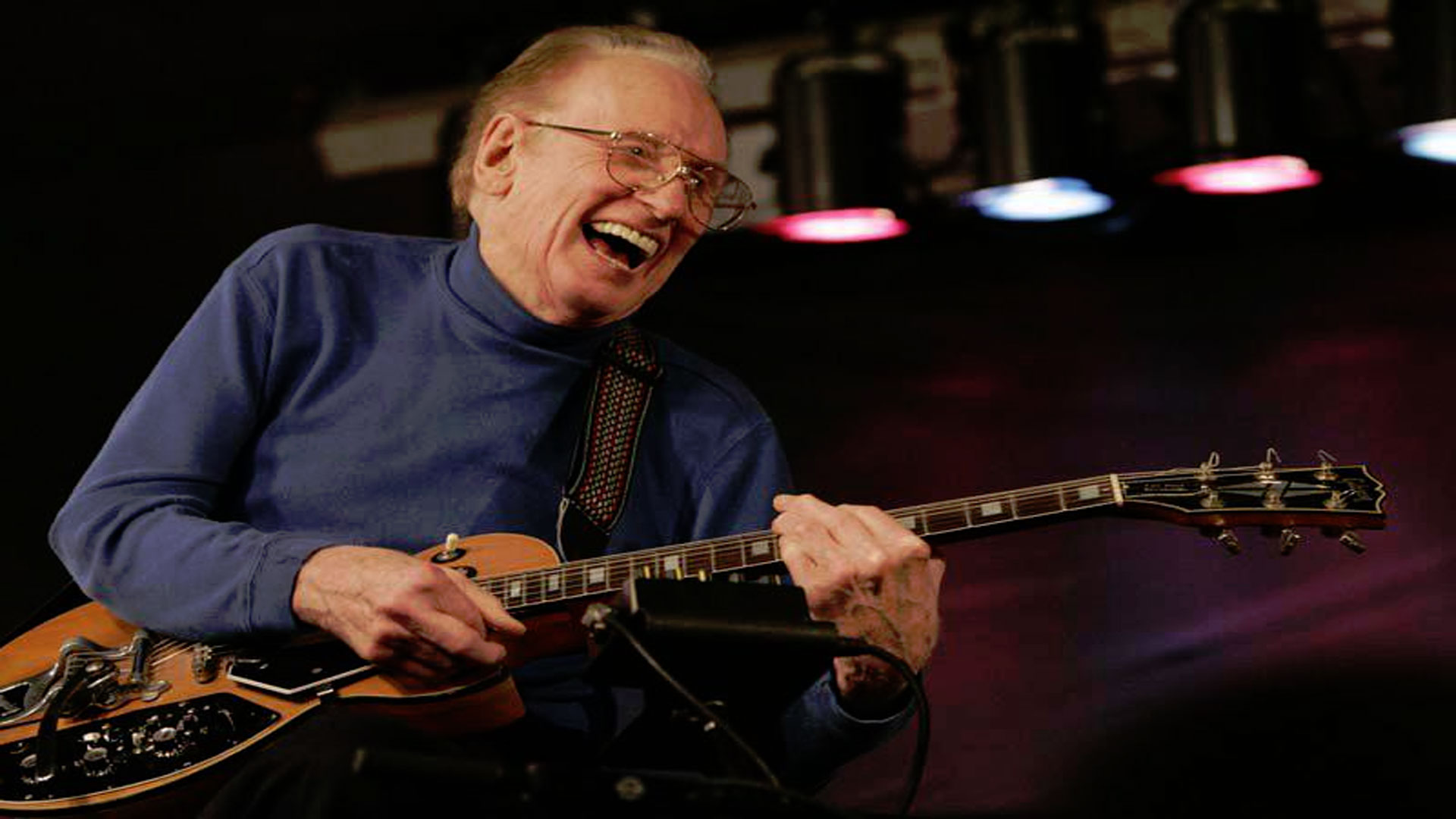 The Les Paul Foundation, whose mission is to honor and share the life, spirit and legacy of Les Paul by supporting music education, engineering and innovation as well as medical research, announced that it has awarded grants to the Junior Jazz Foundation, Litchfield Performing Arts and Six Strings Heroes at Jefferson Barracks, three different organizations but with a shared vision of the legacy of Les Paul. Throughout his life, Les Paul was an innovator who changed the face of the music industry with the inventions of multi-track recording and the solid body electric guitar.  He supported music education, engineering, innovation as well as medical research.

The Junior Jazz Foundation of Hilton Head, South Carolina will receive funding for its annual Junior Jazz Camp. With funding from the Les Paul Foundation, a permanent jazz guitar program will be added to the camp.  Students will learn about Les Paul and honor him by performing his music.  The camp will also hold annual Les Paul evenings at The Jazz Corner.

The Junior Jazz Foundation (JJF) is the philanthropic outreach effort of the Jazz Corner and under the umbrella of the prestigious Community Foundation of the Low Country, a quality organization with tremendous experience in managing the philanthropic work of individuals, families and businesses. The larger mission of the Junior Jazz Foundation (JJF) is to broaden and proliferate the awareness of the original American art form of jazz within our schools.  For more information go to www.thejuniorjazzfoundation.org

Playing the guitar helps with memory, physical dexterity and provides a positive social connection through music. Les Paul served in the U.S. military during World War II and often made time to visit injured veterans.  Six String Heroes at Jefferson Barracks is a non-profit organization whose mission is to honor and assist injured U.S. military veterans through free guitar lessons and guitars. For more information go to www.facebook.com/sixstringheroes.

The Litchfield Performing Arts of Litchfield, Connecticut will award need-based scholarships with the funding from the Les Paul Foundation. Students come from over half of the states in the United States and 20 foreign countries to attend the sessions. Nicki Parrott, a member of the Les Paul Trio will also offer a Master Class dedicated to Les Paul’s music and life, and give a public performance of Les’ music and arrangements during the camp’s sessions. Litchfield Performing Arts (LPA) is a charitable organization founded in 1981 whose mission is to change lives through the arts. LPA does this through various programs including the Litchfield Jazz Festival, Litchfield Jazz Camp and Project Poetry Live!’

Litchfield Jazz Fest is held annually the second weekend in August at the Goshen Fairgrounds in Goshen. The festival does not just offer top-notch jazz music, but is a true outdoor summer experience for the entire family. From a sell-out Opening Night party and three days of the best jazz, artists talks, children’s workshops, after parties, to a juried fine art and craft show and local foods. The festival has been a destination in Connecticut since 1996. For more information: https://www.facebook.com/litchfieldjazzcamp

ABOUT THE LES PAUL FOUNDATION:

Les Paul formed his foundation as a means to encourage young people to pursue their curiosity and innovation about music, sound and engineering. Recent grants from the Les Paul Foundation include funding to multiple music education programs and to museums that tell the Les Paul story. The foundation’s comprehensive website at www.lespaulfoundation.org connects viewers to numerous resources. The mission of the Les Paul Foundation is to honor and share the life, spirit and legacy of Les Paul by supporting music education, engineering and innovation as well as medical research. The foundation is based in New York.

Dad Records Messages for Kids to Be Played After He Dies
Next Post: Let’s Rock the Global Mom Relay »