Listen to “Lorenzo Borghese, Good News Speaks to Lorenzo and we discuss South Beach Beer and his Animal Aid USA nonprofit and more.” on Spreaker. 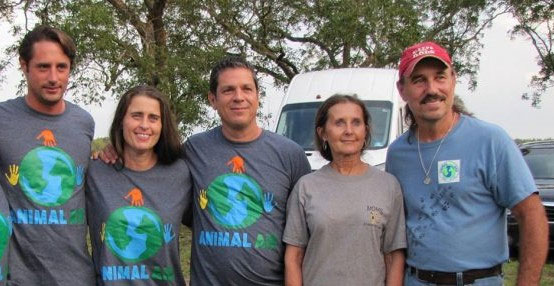 http://animalaidusa.org/
southbeachbrew.com
Lorenzo Borghese (Italian : Don Lorenzo dei Principi Borghese; born June 9, 1972) is an Italian-American businessman, television personality, and member of the Borghese family. Besides being a cosmetics entrepreneur and animal advocate, Borghese was a bachelor on the ninth season of ABC’s The Bachelor.

He is the son of Prince Francesco Marco Luigi Costanzo Borghese (born 1938) and his American wife, Amanda Leigh, stepdaughter of Douglas Leigh. [1] Borghese’s paternal grandmother was Princess Marcella Borghese, who founded the Borghese cosmetics line in 1958. [2]

Borghese was born on June 9, 1972, in Milan, Italy. Borghese’s parents, Francesco and Amanda Borghese, have lived in Short Hills, New Jersey since 1979. [3] He holds dual U.S./Italian citizenship. Raised in Short Hills, he attended elementary school there. [3] He then graduated from Pomfret School in Pomfret, Connecticut, in 1991. [4] In 1995, he graduated from Rollins College in Winter Park, Florida, where he was initiated into the Phi Delta Theta fraternity. [5]

He earned an MBA degree from the Fordham Graduate School of Business in 2001. [6]

Business and philanthropy
Borghese resides in New York City. He initiated the Royal Treatment line of products, [7] a bath, body and skin care line for pets, using organic ingredients and fragrance oils from Italy, which can be found in hundreds of stores nationwide and on the television station HSN. He is a managing partner in LB2, LLC, a private-label Italian cosmetics company that sells numerous brands to major department stores and direct retail outlets. [8]

Lorenzo founded a non-profit organization Animal Aid USA with the primary cause of saving and helping abandoned animals. He also serves as a board member of Canine Wounded Heroes as well as the Multimedia Exposure Inc.’s executive vice president.

In the fall of 2006, Borghese starred in the ninth season of ABC’s popular reality show The Bachelor . [9]

In the summer of 2009, Borghese announced he would be searching for his “princess” on a web reality show titled America’s Next Princess. The show was to coincide with the launch of Royal Pet Club, [10] an online shopping destination for his Royal Treatment pet products. [11] However, when the show debuted online on August 17, 2009, the series was actually revealed to be a spoof of celebrities and reality TV shows. [12]

In August/September 2012, he appeared on the 10th season of Celebrity Big Brother UK and was evicted from the house on Day 22, ultimately finishing in 8th place. [13]In 2011