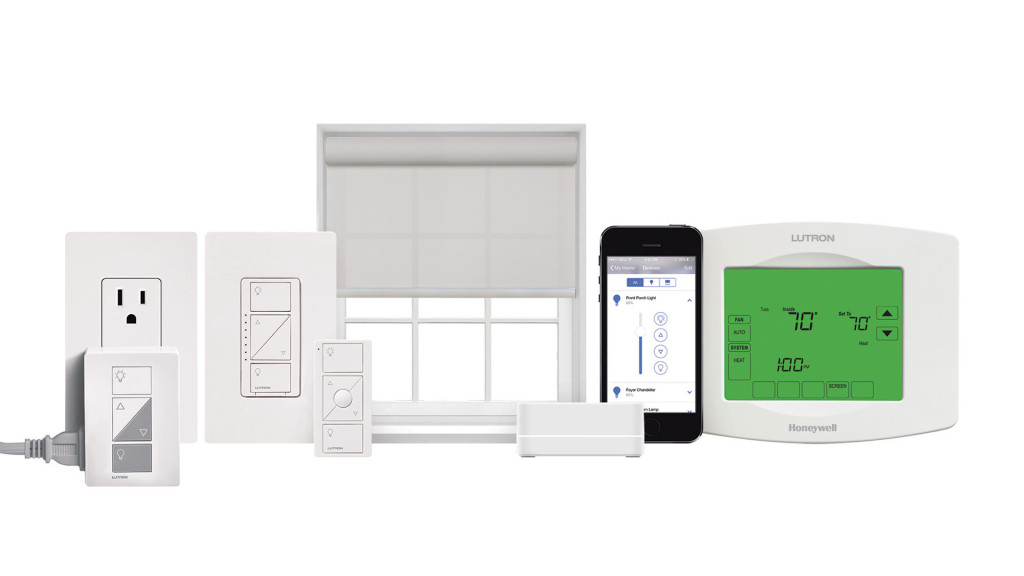 Coopersburg, PA (embargoed until January 5, 2016) – Creating a smarter and more connected home has never been easier. The affordably-priced Caséta Wireless smart home system from Lutron Electronics provides convenient control of lights, shades and temperature anytime, anywhere. Today, the company announced the ability to control Lutron shades using its HomeKit-enabled Caséta Wireless Smart Bridge providing users with simple, convenient control of some of the most frequently-used products in their homes.

Now Use Siri to Control Lutron Shades
Earlier this year, Lutron released one of the world’s first Apple HomeKit-enabled products – its Caséta Wireless Smart Bridge, which allows users to control their lights conveniently and securely via Siri using their iPhone®, iPad®, iPod touch® or Apple Watch®. Adding Lutron shade support to the HomeKit-enabled Caséta Wireless Smart Bridge provides a more streamlined user experience and a third option for controlling Lutron devices in the home. The other two options – the Lutron App and Pico Wireless remote control – were introduced last year.

“Using something familiar, like Siri, to control a home’s lights and shades simplifies the concept of the connected home and makes it easier than ever for people to be in control of their space.” said Matt Swatsky, Lutron’s Director of Product Management. “Simply saying ‘Hey Siri, turn on the lights’ or ‘Siri, open the shades’ results in an experience which feels very natural and is completely integrated with your iOS device. Also, people can set Serena shades to a desired level in scenes like ‘Good Morning’ or ‘Good Night’ with other HomeKit compatible accessories so that you can enable everyday experiences using Siri.”

Caséta Wireless kits and Lutron shading solutions are available now with suggested list prices starting at $80 and $349, respectively. Visit CasetaWireless.com or SerenaShades.com for more information, and to find local resellers. The free Lutron App is available in the App Store.

About Lutron Electronics (www.lutron.com)
Founded in 1961, Lutron Electronics is headquartered in Coopersburg, Pennsylvania. From dimmers for
the home, to lighting management systems for entire buildings, the company offers more than 15,000 energy-saving products, sold in more than 100 countries. In the US alone, Lutron products save an estimated 10 billion kWh of electricity, or approximately $1 billion in utility costs per year. The company’s early inventions— including the first solid-state electronic dimmer invented by Lutron’s founder, Joel Spira—are now at the Smithsonian’s National Museum of American History in Washington, DC.

• Apple, Apple Watch®, HomeKit®, iTunes® and Siri® are trademarks of Apple Inc., registered in the U.S. and other countries