You are here: Home / All We Need Is Love / Children and Parents / March of Dimes Part III 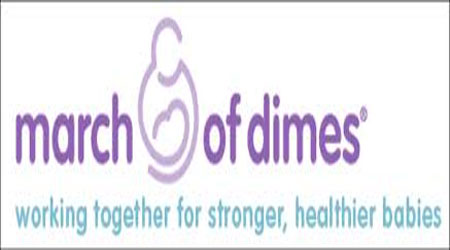 Hoffman Estates, Ill. (April 11, 2012) – In one of the most significant fundraising achievements by one company for a singular cause, Kmart announced it has reached the $100 million fundraising milestone in support of March of Dimes. After nearly three decades of charitable giving by its customers and associates, March of Dimes will recognize Kmart for its fundraising efforts with a $1 million grant in honor of the retailer for transdisciplinary research into premature birth. The grant will help fund clinical studies with scientists from different fields working together to investigate areas including maternal genetic biomarkers, placental function and genetics, and the patterns of preterm births in the U.S., among others.

As part of Kmart’s ongoing commitment to children’s health and wellness, the retailer will collaborate with March of Dimes for the 29th consecutive year to raise funds to help improve the health of babies by preventing birth defects, premature birth and infant mortality.

“We are delighted to have reached such a remarkable fundraising milestone, with $100 million raised, to help improve the health of babies tomorrow,” said Lou D’Ambrosio, CEO and president, Sears Holdings. “Our associates and customers have proven the very principle on which March of Dimes was founded—that many people giving a little can make a tremendous impact. But, we can’t stop here. We challenge everyone to contribute in some way today, one small act of kindness, because together we can make an enormous difference.”

“Kmart has been a cornerstone of March of Dimes since we began our formal relationship many years ago,” said Dr. Jennifer L. Howse, president of March of Dimes. “The $100 million raised by Kmart has helped March of Dimes fund remarkable medical advances and successful programs of education, community-level services and advocacy to improve infant survival in the U.S. Thanks to the continued support of Kmart’s customers and associates, we are able to help improve the health for mothers and babies around the nation.”

To celebrate this achievement, Kmart and March of Dimes held a special event today at the Roosevelt House Public Policy Institute, the historic home of the late Franklin and Eleanor Roosevelt, who helped found March of Dimes. The event featured speeches from Deidra Merriwether, SVP, Chief Operating Officer – Sears and Kmart formats, Dr. Jennifer Howse, President, March of Dimes and Kristina Theiss Manganiello, a mother of premature twins, who shared her inspiring story. The event also included 100 moms and dads who represent those who have been helped by the $100 million raised by Kmart and countless babies who have benefitted.

For the 20th consecutive year, Kmart also is a national sponsor for the annual March for Babies® walks, which will take place this spring in 900 communities across the country. This year, March of Dimes anticipates that more than seven million people will walk to raise money and awareness to give hope to the more than half a million babies born too soon each year. Since 1970, the March for Babies has raised $2 billion to benefit all babies.

Kmart encourages people to support March of Dimes by participating in their local March for Babies walk or by making a donation at any Kmart store nationwide through June 23, 2012. For more information on how to donate or find the nearest March for Babies walk, visit www.kmart.com/kmartforkids or www.marchforbabies.org.

About March of Dimes
The March of Dimes is the leading nonprofit organization for pregnancy and baby health.  Its mission is to improve the health of babies by preventing birth defects, premature birth and infant mortality.  For the latest resources and information, visit marchofdimes.com or nacersano.org.