Marital Agreements for Those Over 50

You are here: Home / All We Need Is Love / Marital Agreements for Those Over 50 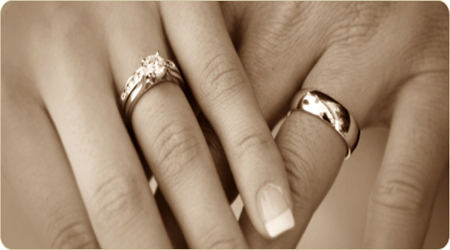 By most accounts, approximately 50% of marriages end in divorce. Hammering out the financial issues in advance can prevent much costly legal wrangling later. If you feel it is unromantic to establish end-game parameters ahead of time, guess what- they already exist in the form of divorce law.

If you are the prospective spouse with more property, the divorce law in your state may cause you to give up more than you feel is fair. This is of particular concern to high net worth individuals in brief but unsuccessful marriages ie. Paul McCartney and Katy Perry.

Even if you are willing to throw caution to the wind for the sake of love, other people such as business partners or adult children may be negatively impacted by the decision. This is especially true in a second marriage situation. It is estimated that the divorce rate for second marriages exceeds 60%.

Even if a couple beats the odds and enjoys a wonderful marriage- it will end at death. Adult children from a prior marriage then stand to lose a significant amount of assets that would likely have been bequeathed to them. In the absence of a prenuptial agreement, the laws of every state grant the surviving spouse generous rights to estate property. With no will, the surviving spouse is usually entitled to at least one-half of the estate through state intestate law. A will can reduce that interest- but not below one-third by virtue of right of election laws in every state. A prenuptial agreement can reduce or even eliminate the surviving spouse’s interest at death. Many individuals in second marriages wish to provide for the surviving spouse during his or her life but understandably would like their own children to receive those assets back upon the survivors’ death. A prenuptial agreement and properly drafted estate planning documents can usually accomplish these objectives. For example, my will can leave some or all of my estate to a martial trust for the lifetime benefit of the surviving spouse. Upon his or her later death, those assets will automatically revert to my estate. My children will then not have to rely on the generosity (ha) of stepchildren.

Most people over 50 do not have prenuptial agreements. This is, in part, because they were extremely uncommon years ago. People also married earlier and were less likely to have any assets to protect.

If you are among the majority of married individuals without a pre-nup, there are good reasons to consider a post-nuptial agreement. Even those in solid “first” marriages would be well advised to have them. For one thing, it can prevent the surviving spouse from later changing his or her will in favor of a second spouse. Never happen, you say? What if the surviving spouse develops a cognitive impairment such as a dementia related illness? A properly drafted post nuptial agreement can prevent the survivor from abandoning the existing estate plan.

Every situation is different and every family dynamic has its own nuances. An in-depth conversation with a competent estate planning attorney can help you achieve peace of mind.

Ann Margaret Carrozza is a practicing Elder Law and Estate Planning Attorney who also served as a New York State Assemblywoman.  During her fourteen (14) year tenure in the legislature, she authored dozens of bills designed to protect seniors against consumer fraud and to expand access to quality long term care.

Ann Margaret Carrozza is an executive member of the N.Y.S. Bar Association, Elder Law section, the National Academy of Elder Law Attorneys, the Queens County Bar Association, and is a member of the Long Island Alzheimer’s Foundation legal advisory board.  She serves as estate planning and elder law counsel to numerous organizations. She is rated as preeminent by Martindale-Hubbell.

Ann Margaret Carrozza received her Juris Doctor from Hofstra University School of Law where she served on Law Review and was on the Dean’s List.

Her practice focuses on Elder Law, Trusts and Estates, Asset Protection Estate Administration and Long Term Care Planning. A frequent lecturer, Ann Margaret Carrozza has spoken before numerous professional and civic groups on state policy and legal issues. She has been a keynote speaker for the NYS Bar Association, the keynote speaker for the Surrogates Association and has taught numerous Continuing Legal Education courses focusing on her areas of expertise. In addition, she teaches courses on legal issues at Queensborough Community College and Queens College.  Ann Margaret Carrozza has offices in Bayside, Glen Cove and Port Jefferson.  Website address:  www.myelderlawattorney.com

Previous Post: « Travel Expert Weighs in on Planning and Executing a Stress-Free Holiday Trip
Next Post: The M-Enabling Summit »