You are here: Home / Living & Learning / Health and Wellness / May is Mental Health Awareness Month ***May (1-7) is Tardive Dyskinesia Awareness Week***

Listen to “May is Mental Health Awareness Month ***May (1-7) is Tardive Dyskinesia Awareness Week***” on Spreaker. 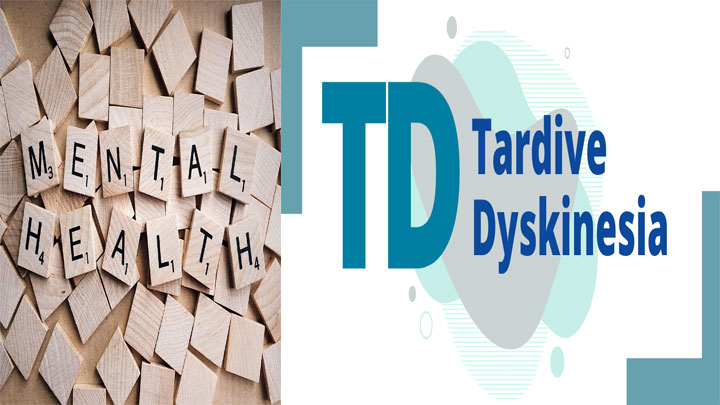 One in five U.S. adults live with a mental illness. Some people living with a mental health condition may also experience an involuntary movement disorder called tardive dyskinesia (TD). TD is a chronic condition, associated with taking certain mental health medicines (antipsychotics) to treat conditions like depression, bipolar disorder, schizoaffective disorder, or anxiety disorder. It is unlikely to improve without treatment.
Approximately 600,000 people in the U.S. may be affected by TD, yet only approximately 25% have been diagnosed. The condition is characterized by uncontrollable, abnormal, and repetitive movements often seen in the face, torso, limbs, and fingers or toes. It can impact patients socially, emotionally, and physically–these movements can cause worry, frustration, and self-consciousness. According to a survey of 350 patients with diagnosed or suspected TD, patients reported the condition moderately or extremely affected them in the following areas:

Despite the number of people impacted by the condition, many people are still unfamiliar with TD. However, for patients living with the condition, their families, and their care partners it’s important to know they’re not alone.

As of this year, 50 states and Washington, D.C. and various advocacy groups have recognized Tardive Dyskinesia Awareness Week as the first full week of May (May 1-7, 2022) to support people in the U.S. with TD. May is also Mental Health Awareness Month, and as efforts are underway to increase awareness and support for those impacted by mental health conditions, it’s important to remember those living with a mental illness and taking antipsychotics for a prolonged time may develop or already have TD.

Dr. Rakesh Jain, Clinical Professor Department of Psychiatry, Texas Tech University School of Medicine, Austin, TX, will be available to discuss the emotional, physical, and social impact of TD as well as talk about the condition’s signs and symptoms. Dr. Jain will also explain how critical TD Awareness Week is to those living with a mental health condition and TD.

Holocaust for Jews with Art
Next Post: MvVO ART AD ART SHOW 2022 at Westfield World Trade Center inside the Oculus