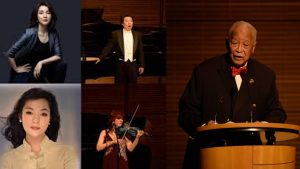 “The celebration is a reminder that our city is a gorgeous mosaic of many cultures. The evening is a great opportunity to celebrate the diversity that helps to make New York City so vibrant,” said NYC Mayor David N. Dinkins.

The evening’s program will feature a wide variety of musical compositions, ranging from: Fantasy Impromptu by Frederic Chopin and Zueignung by Richard Georg Strauss, along with Butterfly Lovers by He Zhanhao and I Love You China! by Zheng Qiufeng.