You are here: Home / Good News To Go / MEDIA ADVISORY: Apollo To Hold Auditions For Amateur Night At The Apollo September 22nd 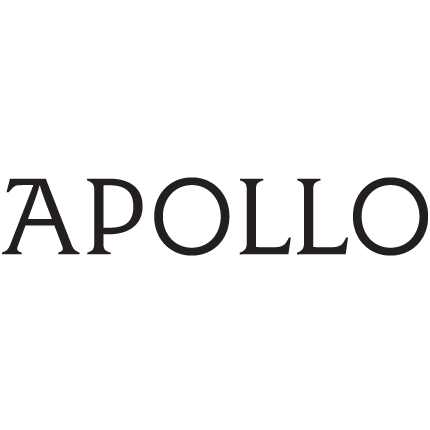 Auditions for Amateur Night Live at the Apollo to be Held September 22, 2018

Contestants chosen will secure a spot in the

upcoming season competing for a chance to win a new

Open Auditions to be Held at the

WHAT: On Saturday, September 22nd, 2018 from 10 a.m. to 6 p.m. the world famous Apollo Theater will hold auditions for the 85th season of its signature program Amateur Night Live at the Apollo. Contestants chosen from these auditions will get a spot in the 2019 Amateur Night season line-up. Auditions will be held at the Apollo Theater where Amateur Night producers will screen hundreds of vocalists, rappers, dancers, comedians, spoken word artists, and other performers vying for a coveted spot on the Apollo’s stage, where they will then compete for a chance to win the new grand prize amount of $20,000. Additionally, the first place winner of the Child Stars of Tomorrow will receive $5,000.

Since its inception in 1934, the Theater’s signature show, Amateur Night Live at the Apollo, has been one of New York City’s most popular live entertainment experiences, launching the careers of thousands of performers and attracting audiences from all over the world. Amateur Night has long been revered by artists as a transformative experience where up-and-coming talent feel the power of the legendary performers who have come before them, and where audience responses can help make or break a career. Ella Fitzgerald, James Brown, Stevie Wonder, Lauryn Hill and Michael Jackson are just a few of the legendary performers who launched their careers on the Apollo stage.

Each contestant will have up to 90 seconds to audition.
An Amateur is anyone who has not had a recording, film or TV contract with a major studio.
No profanity including any racial epithets or slurs all material must be appropriate for a family show.
Children under 18 must be accompanied by an adult.
Only children ages 5 to 17 will be considered for the “Child Star of Tomorrow” segment.
Contestants competing in the adult category must be 18 years or older.
No lip synching, singing along with track vocals or post-production engineering of vocals permitted.
The audition is open to singers, dancers, comedians, spoken word artists and musicians and other variety performances.
Singers can bring a track on cassette or CD or sing a cappella. A band is not available.
Musicians must bring their own instruments.
Dancers should bring a CD.
Do not bring CD’s in CD-RW format.

*Important Note: For Amateur Night Live at the Apollo, only children ages 5 to 17 will be considered for the “Child Stars of Tomorrow” segment. Performers in the adult category must be 18 years or older. Children under 18 must be accompanied by an adult. For a complete list of audition guidelines and rules, visit apollotheater.org.

Performers are encouraged to arrive early as judges will only see the first 250 acts, if time permits. Amateur Night Live at the Apollo weekly performances are independent from the APOLLO LIVE and SHOWTIME AT THE APOLLO taped events.

PHOTO OP: All media outlets interested in covering the auditions, must submit requests via email at least 24 hours in advance to press@apollotheater.org

ABOUT US:
The legendary Apollo Theater—the soul of American culture—plays a vital role in cultivating emerging artists and launching legends. Since its founding, the Apollo has served as a center of innovation and a creative catalyst for Harlem, the city of New York, and the world.

With music at its core, the Apollo’s programming extends to dance, theater, spoken word, and more. This includes special programs such as the blockbuster concert Bruno Mars Live at the Apollo, 100: The Apollo Celebrates Ella, the annual Africa Now! Festival, and the New York premiere of the opera We Shall Not Be Moved. The Apollo is a performing arts presenting organization that also produces festivals and large-scale dance and music works organized around a set of core initiatives that celebrate and extend the Apollo’s legacy through a contemporary lens; global festivals including the Women of the World (WOW) Festival and Breakin’ Convention, international and U.S.-based artist presentations focused on a specific theme; and Special Projects, multidisciplinary collaborations with partner organizations.

Since introducing the first Amateur Night contests in 1934, the Apollo Theater has served as a testing ground for new artists working across a variety of art forms and has ushered in the emergence of many new musical genres—including jazz, swing, bebop, R&B, gospel, blues, soul, and hip-hop. Among the countless legendary performers who launched their careers at the Apollo are D’Angelo, Lauryn Hill, Machine Gun Kelly, Miri Ben Ari, Ella Fitzgerald, Sarah Vaughan, Billie Holiday, James Brown, Michael Jackson, Gladys Knight, Luther Vandross, and Stevie Wonder; and the Apollo’s forward-looking artistic vision continues to build on this legacy.

If you would rather not receive future communications from Apollo Theater, let us know by clicking here.