Milestone Broadcast Corporation Has Produced a 2 Hour Earth Day Special, April 22, 2021 to be part of the 24 Hour:

You are here: Home / All We Need Is Love / Good Samaritans / Milestone Broadcast Corporation Has Produced a 2 Hour Earth Day Special, April 22, 2021 to be part of the 24 Hour: 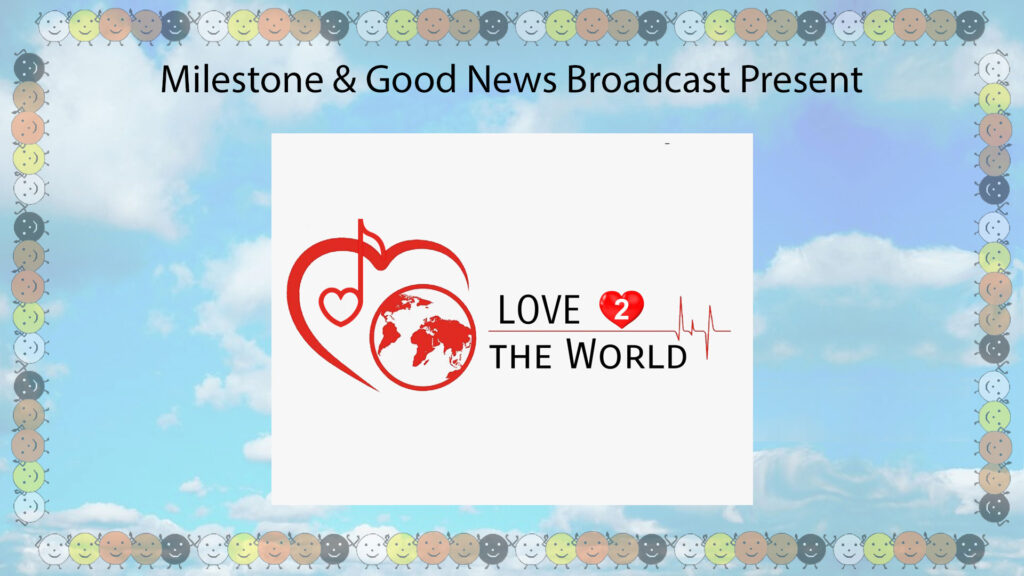 Milestone Broadcast Corporation has produced a 2 Hour Earth Day Special, April 22, 2021 to be part of the 24 Hour:

WHEN: April 22, 2021 7pm est (When we ring the heroes bells) to 9pm est. on www.goodnewsplanet.TV and other worldwide channels. Download iradios.ca app in Google Play Store or I Store…Love 2 the World ITV for the whole Video broadcast or Live Radio for Audio only.

WHAT: A well-known group of media professionals are creating a special 24 hour broadcast for Earth Day. . The event will be followed up with another 24 hour broadcast from Niagara Falls on June 21st, on World Music Day and a Love Channel Announcement. Milestone Broadcast Corporation (MBC), is producing the New York special for the nonprofit Good News Corporation (GNC). Estimated Viewership, through traditional media, new technologies and social platforms to be in the billions.

WHO: Content for the broadcast will come from MBC’s (www.goodnewsplanet.TV), (www.goodnewsbroadcast.com) and GNC’s Peace Day Party (www.peacedayparty.org), as well as their movie, www.woodstockforever.org. More than ever do we need Peace & Love in the World, 193 Countries in the United Nations declared September 21 as the International Day of Peace… Cease Fire. McKinsey Co. states that 1.6. Billion people are aware of the day. Love for the Earth, is integral to Peace and our broadcasts has featured Earth Content for years, even worked with the UN for World Water Day. Any money raised will go toward charities of the talent, aligned with the Millennial Goals of the UN. .

Additionally, there will be segments from a special movie release for August 2021 that occurred in 1989 for the 20th Anniversary of Woodstock at Times Square, NY with Richie Havens. Woodstock Forever: Peace Love & HOPE capturers that event with superstars/everyday people & heroes of today. www.woodstockforever.org.

Proning saves lives during Covid – please research this as we are not doctors
Next Post: Come join us on EARTH DAY Thursday, April 22, 2021 Globally Online for A Very Special Evening with our Conscious Community as we Gather in Unity Honoring Mother Earth!