Listen to “National Cancer Survivors Day is June 6, We discuss Cholangiocarcinoma” on Spreaker. 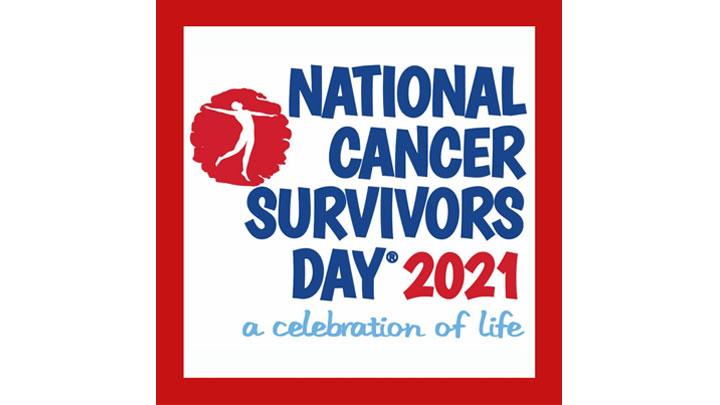 Every year on June 6th, the country honors millions of Americans who are currently battling cancer, as well as cancer survivors, for their strength. During National Cancer Survivors Day, organizations from coast to coast recognize those affected by cancer by celebrating those who have survived as well as supporting and inspiring those who are navigating a diagnosis.

Approximately 1 in 5 people living with cancer in the United States are diagnosed with a rare cancer; however, these are often misunderstood and overlooked. Cholangiocarcinoma, or CCA, is a rare cancer affecting fewer than 10,000 people in the U.S. CCA arises from the cells within the bile ducts, a series of thin tubes that reach from the liver to the small intestine. Because of its nonspecific symptoms, patients with CCA are often diagnosed at a late or advanced stage when the prognosis is poor and survival rates are low.

Innovative technology called biomarker testing has made it possible to look very closely inside each person’s tumors to identify genomic changes. Determining the genomic makeup of a person’s tumor can help doctors understand more about the tumor.

National Cancer Survivors Day serves as an opportunity to rally around those living with CCA and other rare cancers, recognizing the challenges they face, and providing the community with the national attention they need and deserve. Dr. Rachna Shroff discusses CCA, along with importance of biomarker testing. Dr. Shroff is joined by Melinda Bachini, Director of Advocacy for the Cholangiocarcinoma Foundation and a CCA survivor, who will share her personal symptom and diagnosis journey.

Interview is courtesy of Incyte Corporation

Rachna T. Shroff, MD, MS, is an Associate Professor of Medicine and Chief of GI Medical Oncology as well as Leader of the Gastrointestinal Clinical Research Team at the University of Arizona Cancer Center (UACC). She is the Director of UACC’s Clinical Trials Office as well as the Director of the Arizona Clinical Trials Network (ACTN). More recently, she was appointed as the Associate Dean for Clinical and Translational Research for UA College of Medicine-Tucson. She came to UACC from MD Anderson Cancer Center in Houston, TX where she was on faculty from 2010-2018 after completing her medical oncology fellowship there.

Dr. Shroff is a clinical and translational investigator focused on developing novel therapies for pancreatic and biliary cancers. She holds multiple positions nationally due to her expertise in these areas, including serving as the Hepatobiliary subcommittee Co-Chair for the Southwest Oncology Group (SWOG) and as a Program Committee member for GI ASCO. She also is a member of the Scientific and Medical Advisory Board for the Cholangiocarcinoma Foundation. Dr. Shroff has led numerous clinical trials focusing on pancreaticobiliary tumors and is the national PI for SWOG 1815 which is investigating a triplet chemotherapy regimen as a potential new standard of care for biliary cancers. This is based on a phase 2 study she led that is now published in JAMA Oncology. Dr. Shroff has been invited to speak at national and international meetings on topics related to targeted therapies for pancreatic and biliary cancers and has numerous peer-reviewed publications in this area.

BIO
Melinda Bachini is an 11-year survivor of cholangiocarcinoma. In 2012 she was treated at the National Cancer Institute by Dr. Rosenberg with a clinical trial using Adoptive Cell Therapy with TIL. Due to her exceptional and breakthrough response to NIH treatment, her story was published in the New York Times and other media.

Melinda is married and the mother of six children, grandmother to one. She is passionate about patient advocacy. Her personal experience with previous and current treatments allows for great insight into patients participating in clinical trials. Her position as Director of Advocacy for the Cholangiocarcinoma Foundation allows Melinda to interact, support and educates others touched by this cancer. She shares her story with as many cancer patients as possible in hopes of giving courage to those in need.

Melinda had previously volunteered for seven years with the Cholangiocarcinoma Foundation and in August of 2017 came on as staff. She also worked for over 15 years in the Emergency Medical Field as an EMT Paramedic.

Melinda serves as a patient advocate for the NCI Hepatobiliary Task Force, the NCI Patient Advocate Steering Committee (PASC), ECOG-ACRIN GI Committee, ECOG-ACRIN Cancer Research Advocacy Committee, NCI Council of Research Advocates, and the NCCN Hepatobiliary Guideline Panel. Melinda attended 2016, 2017, and 2018 NCCS, CPAT Symposium, and advocated on Capitol Hill. She participated as a panelist in the Cancer Moonshot – Community Oncology Event at the White House, told her personal story, and was introduced by her state Senator for the Innovation and Access in Quality Cancer Care at the US Capitol. In June of 2017 she spoke with nine US Senators at NIH to share her personal story of how research has prolonged her life. Melinda has served as a Consumer Reviewer for the Department of Defense for several years.

Art, Art, Art
Next Post: Friday, May 21, at 11 am est to 12:30 pm Please watch the World Day for Cultural Diversity for Dialogue and Development World Broadcast