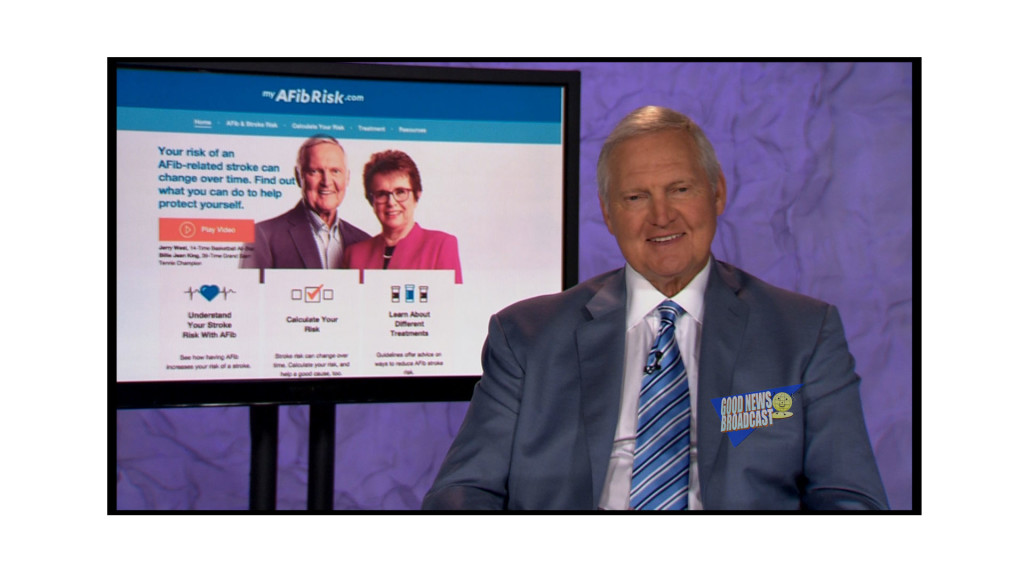 NBA Hall-of-Famer Jerry West was nicknamed “Mr. Clutch” for his amazing ability to come in strong on the court when it mattered most. Now, the 14-time NBA All-Star and legendary coach and manager is hoping to win—off the court—for a cause that hits home. Jerry shares a condition with as many as 6 million Americans called atrial fibrillation, or AFib, an irregular heartbeat that puts him at one-in-three odds of having a stroke in his lifetime. Since diagnosis, he has been working closely with his doctor to start and stay on treatment to help prevent a stroke due to AFib, and is now speaking out to encourage others with AFib to do the same.

More than half of people with AFib don’t believe that they are at an increased risk of stroke. People with AFib also may not realize that their stroke risk can change over time. That’s why, West and Janssen Pharmaceuticals, Inc., are teaming up to help those living with AFib by offering a simple tool they can use to calculate their stroke risk at www.MyAFibRisk.com. It’s eight easy questions that can help those with AFib understand their risk and talk with their doctor about stroke risk management and treatment options.

For every person who goes to the website and calculates their risk, Janssen will make a contribution to Mended Hearts, a nonprofit peer-to-peer support network that inspires hope and helps to improve the quality of life for heart patients, their families and caregivers.

Dr. Mark J. Alberts will join Jerry West to address the risk of stroke associated with AFib and the importance of working with a doctor to determine an appropriate treatment plan that can help lower patient risk.

THE FACTS
• Jerry West is currently an executive board member of the Golden State Warriors, who recently won the 2015 NBA Championship
• West played for the Lakers from 1960 to 1974, and is believed to be the inspiration for the NBA logo
• West was selected as one of the 50 Greatest Players in NBA History in 1997
• Up to 6 million Americans are diagnosed with AFib, the most common serious heart rhythm abnormality in people over the age of 65
• One in three people with AFib will have a stroke in their lifetime

The Sponsor is Janssen Pharmaceuticals, Inc.

Holiday Lights in Brooklyn – Joy and Peace to the world
Next Post: Ada Pasternak appear at the Bottom Line December 1st, 9PM YAYYYYYYYYYY