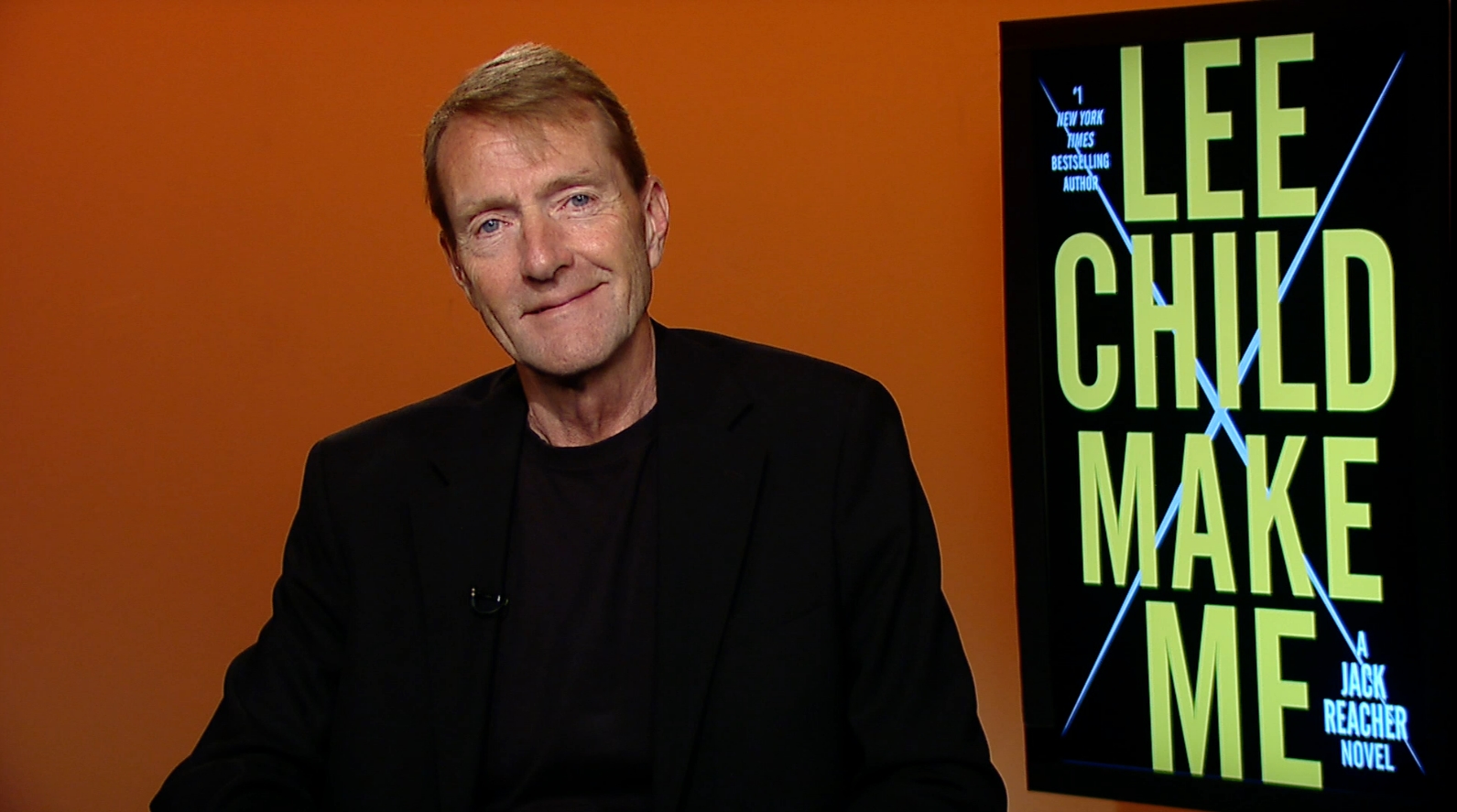 MAKE ME By #1 New York Times bestseller LEE CHILD
“Child is a suburb craftsman of suspense.” —Entertainment Weekly
“Reacher gets better and better.”—The New York Times
“Do yourself a favor and get hooked on this series.” —The Cleveland Plain Dealer

Hailed as “the best thrill writer of the moment” (New York Times) and “the poster boy for American crime fiction” (Los Angeles Times), with more than 100 million copies of his novels in print worldwide featuring his now iconic creation—ex Army cop and all-around tough guy Jack Reacher—Lee Child is hotter than ever!

About Reacher:  For some, his brute strength and sheer physicality are his dominant traits. For others, it’s the razor-sharp instincts and mental processes that make him a force to be reckoned with. But no matter the image you have, one thing is for certain—#1 internationally bestselling Lee Child’s anti-hero Jack Reacher is one of the most iconic protagonists of contemporary suspense fiction with Stephen King crowning the Reacher novels as “the coolest continuing character series currently on offer.” Child returns this fall with MAKE ME , where Reacher encounters a case that proves to be one of the most challenging—and haunting—of his career. Most recently, Reacher was portrayed by Tom Cruise in the first film JACK REACHER, released in December 2012.  A second film follows in 2016.
About MAKE ME:  The novel starts with a simple statement: “Moving a guy as big as Keever wasn’t easy.” But there is nothing straightforward about the situation that Reacher enters as he steps off the train in the small town of Mother’s Rest. On the welcome platform he meets Special Agent Michelle Chang—her mission is to find her partner, the aforementioned Keever. Together—with little more than the brains and brawn between them both—they set off to uncover a missing man’s whereabouts, and the events that brought Keever to this off-the-map locale. What they will uncover will strike Reacher to the core and plunge both him and Chang headfirst into the darkest depths of human heart and mind.
Join Lee Child on Tuesday, September 8th when he can discuss:
•          The immense popularity of Jack Reacher (and why name him Reacher)
•          With 20 books in the series, how he continues to grow this well-known character
•          Why losing his job was the best thing that ever happened to him
•          Hollywood and Jack Reacher
•          Will Reacher ever settle down and could the romance  in MAKE ME help him change his mind?
THIS MEDIA TOUR IS SPONSORED BY DELACORTE PRESS (RANDOM HOUSE)

About the author:  Lee Child is the author of twenty Jack Reacher thrillers, including the #1 New York Times bestsellers Personal, Never Go Back, A Wanted Man, The Affair, Worth Dying For, 61 Hours, Gone Tomorrow, Bad Luck and Trouble, and Nothing to Lose, as well as the short stories “Small Wars,” “Not a Drill,” “High Heat,” “Second Son” and “Deep Down.” His debut, Killing Floor, won both the Anthony and the Barry awards for Best First Mystery, and The Enemy won both the Barry and Nero awards for Best Novel. Foreign rights in the Reacher series have sold in more than forty territories and there are nearly 100 million copies of the Reacher novels in all formats worldwide. All titles have been optioned for major motion pictures, the first of which—Jack Reacher—was released in December 2012. A native of England and a former television director, Child lives in New York City, where he is at work on his next thriller. Visit his website at www.leechild.com

Celebration of His Holiness The Dalai Lama’s 81st Birthday – Important thoughts from 2016 that still have meaning in 2017.
Next Post: Did You Know…Cardiac Mortality is Higher Around Holidays, Christmas and New Year’s than Any Other Time of Year PART2