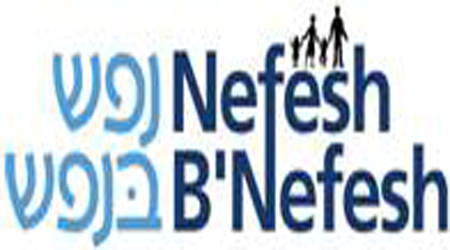 As Israel Celebrates its 64th Anniversary

NBN Olah CPL Maya Liss (24) received the award for excellence from the Head of the Personnel Directorate, Major General Orna Barbivay this week for her outstanding service in the IDF’s “Meitav” unit, where she served as Coordinator for New Immigrants. Maya, originally from LA, arrived in December 2010 on a Nefesh B’Nefesh group Aliyah flight organized in cooperation with the Ministry of Immigrant Absorption and the Jewish Agency.

Despite being told that she was too old to serve in the army, then 23 year-old Maya was persistent and eventually succeeded in joining the IDF shortly after her arrival. “I had decided to dedicate my life to advocating for Israel and the Jewish people”, explains Maya. “I felt that to be the best advocate I had to be an Israeli, and what better way to start my life as an Israeli than to serve in the IDF”. When asked about her service in Meitav, the placement unit of the IDF, she explained, “Nefesh B’Nefesh and the IDF’s Aliyah absorption offices assisted me with my placement in the army and I am grateful that I have been able to give back by helping other Olim who want to serve their country.”

About Nefesh B’Nefesh
Founded in 2002, Nefesh B’Nefesh in cooperation with the Israeli government and the Jewish Agency for Israel, is dedicated to revitalizing Aliyah from North America and the UK by removing or minimizing the financial, professional, logistical and social obstacles of Aliyah. The support and comprehensive social services provided by Nefesh B’Nefesh to its almost 30,000 newcomers, has ensured that 97% of its Olim have remained in Israel. www.nbn.org.il