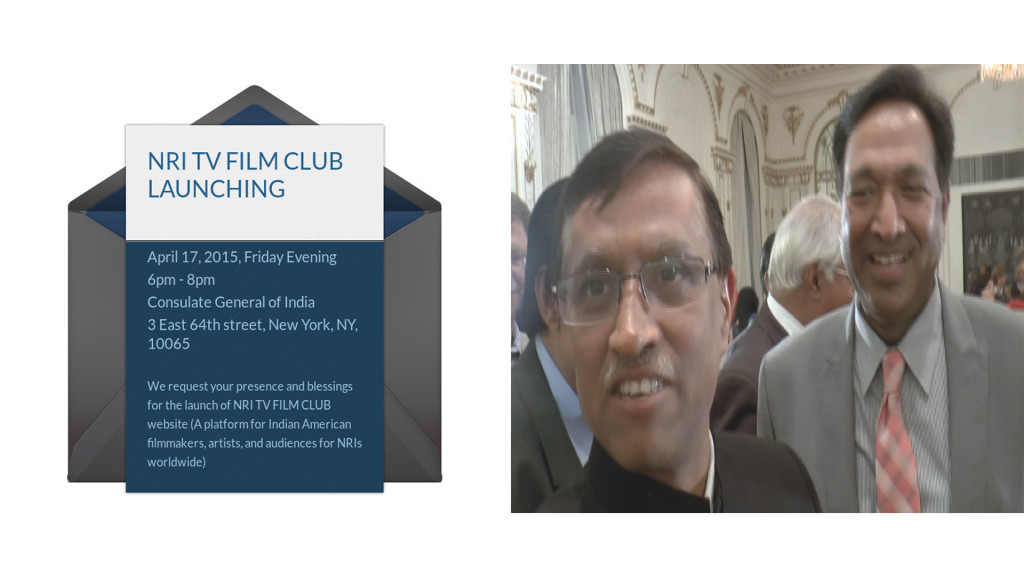 Honorable Shri. Dnyaneshwar M. Mulay, Consul General of India, New York, inaugurated the launch of www.NRITVFILMCLUB.com website in the presence of many prominent people from the Indian community, media and entertainment. The event was held at the Indian Consulate in New York. Mr. Mulay congratulated Tirlok Malik, founder of NRI TV FILM CLUB, by saying It is a wonderful idea. Very much needed. And it will make the bridge between Hollywood and Bollywood by creating NRI-wood.

Drs. Desiree & JJ Hurtak invite you to Earthday NYC – April 23rd
Next Post: APRIL AND SEX: MYTHS AND TRUTHS TO KEEP YOU SATISFIED AND SAFE.