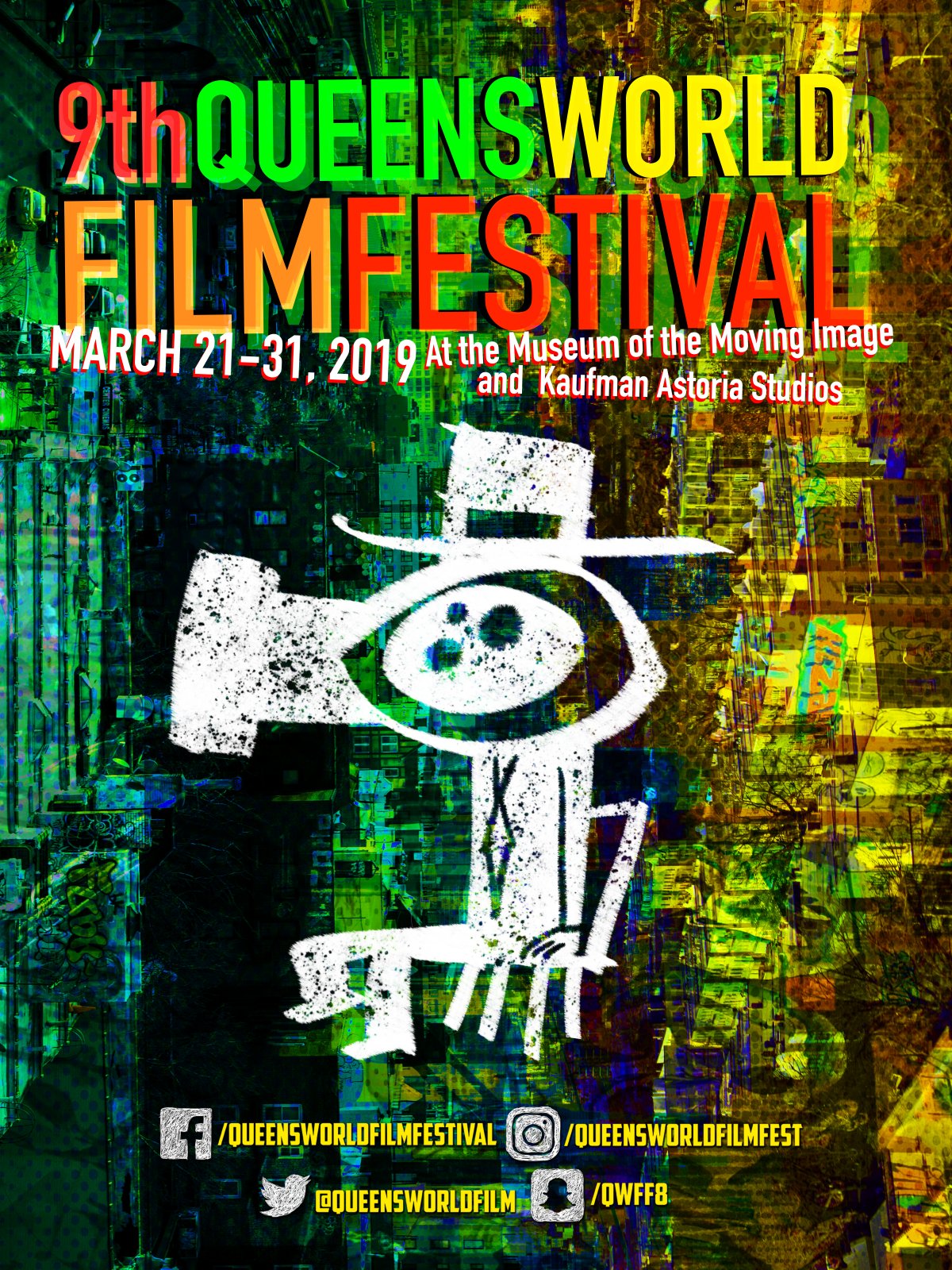 Museum of the Moving Image

You are invited to the QWFF 9th Annual Presser at the Museum of the Moving Image on Monday, March 18 with Special Guests our 2019 Spirit of Queens Honorees  FilmMaker Nancy Kelly and retired MOMI Curator David Schwartz along with IndieCollect Dir. Sandra Schulberg, MoMI Executive Dir. Carl Goodman  and 50 local and international filmmakers screening their films in this years  lineup of over 200 films in the 9th Annual Queens World Film Festival.

We are sharing this interview clip from  our 2019 Spirit of Queens Honorees, director Nancy Kelly & Producer Kenji Yamamoto on receiving this honor and  the screening of their dazzling new 4K restoration of Thousand Pieces of Gold which will be unveiled March 26, 2019, at the Museum of the

David Schwartz also a 2019 Spirit of Queens Honoree will be in attendance and will speak about hosting In the Soup the 1992 Sundance Grand Jury winner starring Steve Buscemi. David will also host the post-screening conversation with the legendary Alexandre Rockwell and other guests. https://www.queensworldfilmfestival.com/events/2019/honoree/

This year’s  Festival has an extended schedule to run for 11 days March 21-31, 2019. Don Cato ‎states that “This year’s submissions increased by 34% and QWFF programmers screened 814 films from 55 nations. We selected 200 incredible films from 31 nations with 16 world premieres and a ground breaking 79 films by women. We are also screening 14 LGBTQ themed films, 15 films by Asian filmmakers and 11 films by kids for kids – we literally have something for everyone.”

The official QWFF app, Event Meow, sponsored by Singlecut Beersmiths will also be revealed where our audiences can interact with filmmakers, festival personnel and sponsors. We are going paperless and encouraging everyone to try out the app. We chose the app because the ease of interface and how we can customize it to suit our festival.  Now, everyone will be able to interact with our filmmakers and festival personnel in real time.

Media sponsors include Schneps Communication, QPTV, and CUNY Center for Community and Ethnic Media and NewFest New York’s LGBTQ Film & Media Arts Organization. QWFF is made possible in part with funds from the Decentralization Program a re-grant program at the New York State Council on the Arts with the support of Governor Andrew Cuomo and the New York State Legislature and with public funds from the New York City Department of Cultural Affairs in partnership with the City Council. Both are administered by the Queens Council on the Arts.

Join us on March 18 to view this years Sizzle Reel, speak to

Previous Post: « What is the Peace for Adam Lim
Next Post: South African Shoe Manufacturer of EVOX Sneakers