October is National Arts & Humanities Month — ARTS IN THE ARMY — SERVING AS MUSICIANS, ENTERTAINERS, and ARTISTS

You are here: Home / Military / October is National Arts & Humanities Month — ARTS IN THE ARMY — SERVING AS MUSICIANS, ENTERTAINERS, and ARTISTS

Listen to “October is National Arts & Humanities Month — ARTS IN THE ARMY — SERVING AS MUSICIANS, ENTERTAINERS, and ARTISTS” on Spreaker. 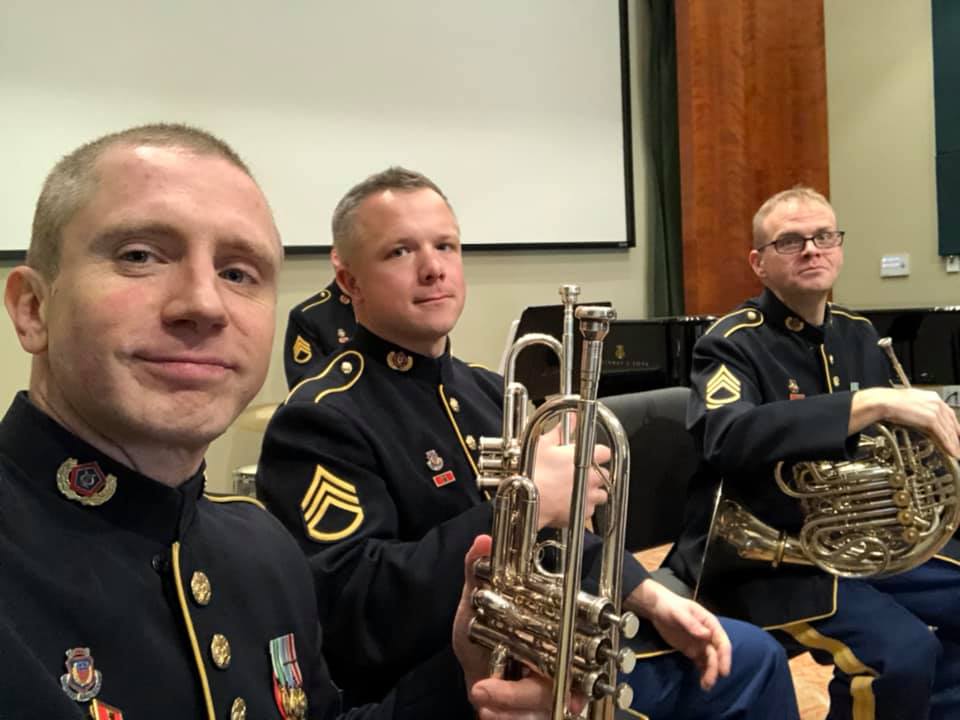 For more than two centuries, artists have served the country in the U.S. Army. As early as the American Revolution, musicians have served a vital role in the Army by upholding tradition, entertaining our Soldiers, and serving as musical ambassadors of our nation.
Army artists have long visually documented the Army’s operations through drawings, a role that was formalized during World War I when the Army commissioned a team of eight artists into the Corps of Engineers to record the activities of American Expeditionary Forces. These are careers that still exist today – but arts in the Army have grown to offer Soldiers diverse, creative opportunities for the most imaginative minds.
Army artists bring their talents in a variety of ways while serving their country from performing as a member of one of the 88 bands stationed in the U.S or abroad to working as multi-media illustrators producing artwork for publications, posters, television, film, and more.
Creative career opportunities in the Army include:
• Musicians – the singers and instrumentalists who entertain Soldiers, perform in a variety of ensembles, and serve as a musical ambassador of our nation
• Multimedia Illustrators – the producers of visually stunning graphic artwork that will be used to promote the Army
• Visual Information Equipment Operator-Maintainers – the Soldiers responsible for filming, script editing, and recording events that support Army operations
• Combat Documentation/Production Specialists – the Soldiers who supervise, plan, and operate camera and audio equipment in order to document Army operations
Even Soldiers who are not serving in arts careers directly are able to continue using their unique talents and passion for the arts alongside their Army careers, with Soldiers working as fashion designers, DJs, dancers, singers, and comic book writers in their spare time.
Join multi-talented Army artist Sgt. 1st Class Phillip Kennedy Johnson to hear about his role touring as a trumpet player with the U.S. Army Field Band, his accomplished career as a comic artist, and the important role that the arts play in the lives of Army Soldiers. As an Eisner-nominated writer, learn how Johnson has also been able to nurture his gift as a creator of comics published by DC Comics, Marvel, BOOM! Studios, IDW Publishing, AfterShock Comics, and Scout Comics.
Interview Courtesy: U.S. Army

one of many wonders of Nature…Enjoy!
Next Post: My first PLUGGED IN show is this Sat! Stapleton Saturdays! 12:30 pm sharp til 1 pm