On the eve of the new year 2021, MXQ LifeWater donated money to emergency workers and their families in New York.

You are here: Home / Communities / Asia / China / On the eve of the new year 2021, MXQ LifeWater donated money to emergency workers and their families in New York. 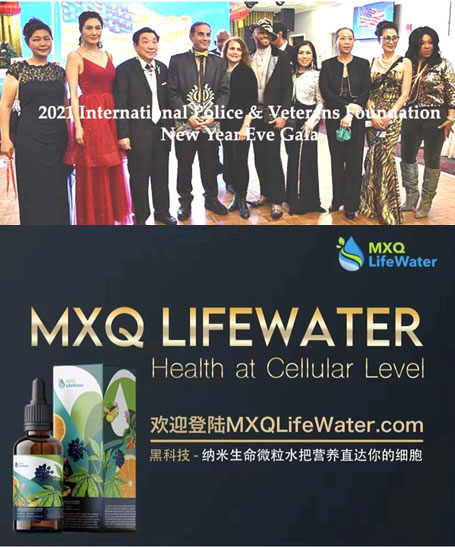 Around the world, people said farewell to 2021 and welcomed the new year. American senior managers of MXQ LifeWater, a new beverage invested and developed by famous Chinese entrepreneur Dr. Ma Xiaoqiu, was invited to participate in the international police and veterans charity fund held in Flushing, New York. The fund was held to commend and support brave law enforcement personnel, veterans and all front-line first aid workers. Scholarships were provided for their children and support for their widows and families.

Prince Olympia Gellini (assistant of MXQ CEO Robert Davidson and the founder of Family Film Awards) was among several members of the MXQ LifeWater family that attended. Keeping in mind the 560,000 new epidemic infections in the United States alone on that day; all of the 400 invited guests followed New York law concerning COVID. 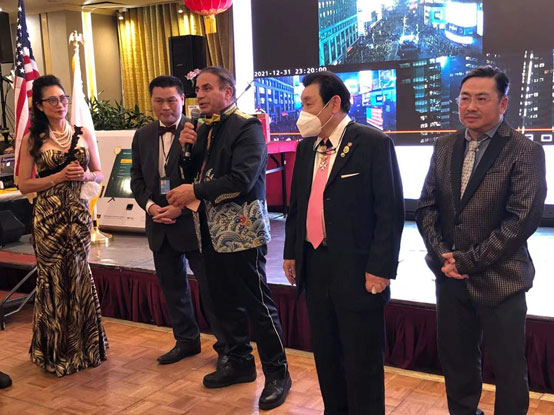 Condolences and new year’s greetings were bestowed upon the commended first responders and their families. The NYPD band played music throughout the whole event bringing loving joy to the new year. 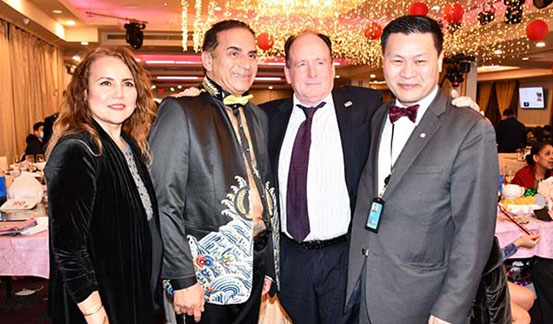 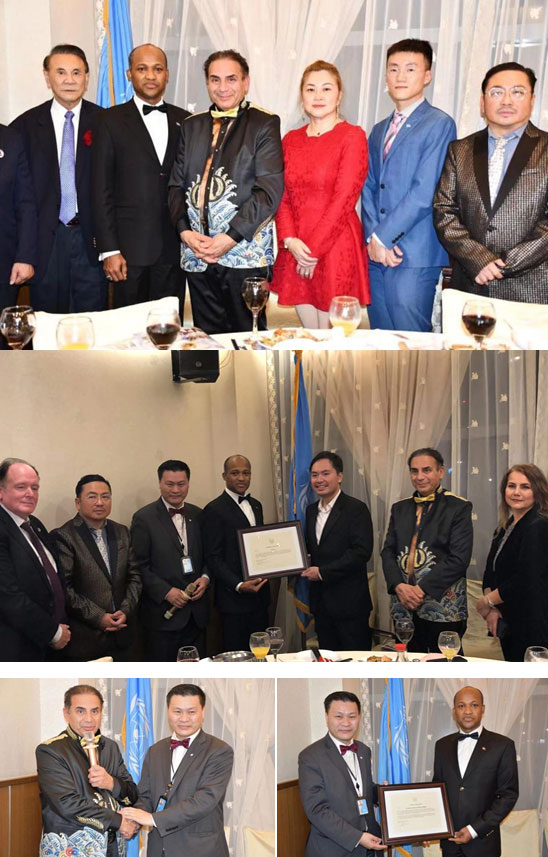 Guests attending the party included: Christine Warnke, director of the Protocol Department of government in the District of Columbia, Michael Leung, chairman of IPVF charity foundation, Jim Sherlock, President of reborn group and chief representative of United Nations media, Mr Jude Ellie, candidate for president of Haiti, and many others. 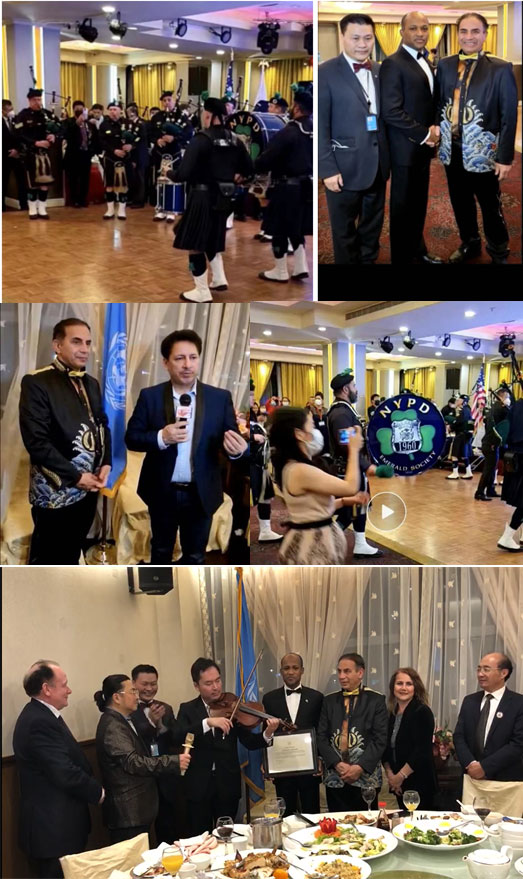 MXQ LifeWater was the most popular gift of the night. This special product is a drink that drives energy directly into the cells. It is the latest investment developed by Ma Xiaoqiu based on the science and technology of nanoparticle powder successfully developed by Dr. Jerry Thornthwaite (director of the Cancer Research Institute of West Tennessee). The biotechnology of LifeWater makes nano component fat balls with a diameter of less than 500 times of hair. This wraps the effective components in the beverage so that they are not damaged by gastric acid and other substances in the human digestive system, avoiding the loss of important nutrients in the components. At the same time, because the diameter of nano component fat cells is less than one thousandth of the diameter of human red blood cells, nano component fat cells can directly enter cells through human tissues. The outer fat micelles decompose in the blood to release effective components for direct absorption by the human body.

Research has proved that the absorption of nutrients contained in nano fat balls is 80-90%, while the absorption capacity of other drinks is 25-40%. The main components of MXQ LifeWater are ginger, turmeric, Siberian ginseng and vitamin C. The products are produced by laboratories and factories that meet the highest requirements of the FDA. LifeWater has just passed the market test after three months and will be put on the market in January.

One major customer in the United States, “3F American Obesity Health Club”, asked for 600,000 bottles. The first 200,000 bottles will be signed at the end of January. They call the product “the product of good human nature”. The epidemic has many looking for prevention in the form of raw foods and this is the selling point of MXQ LifeWater – it’s technology! People around the world will carry the essence of LifeWater to travel or with them during exercise. 10 drops can replenish the nutrition needed by the body and leave one feeling energized. 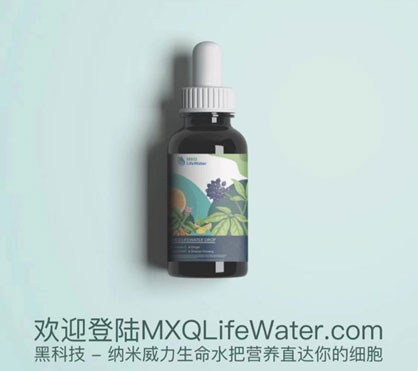 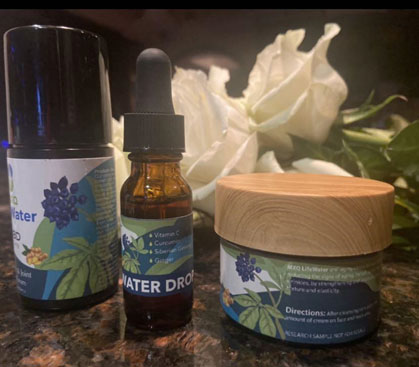 President Ma Xiaoqiu’s Representative in the United States, Dr. Jeannie Yi, told American reporters: although the MXQ LifeWater company is registered in the United States, and famous Americans in the industry serve as CEO and CFO, The company’s corporate culture is China’s wisdom of “being as good as water and governing the enterprise by virtue”. Ma Xiaoqiu style management, a corporate culture in which everyone is everyone and collective interests are always higher than individual wishes. With the concept of “water”, a new generation of LifeWater beneficial to mankind is created.

Dr. Ma Xiaoqiu’s acquisition of the Hollywood Family Film Awards last year and the development of NNS technology LifeWater this year all focus on the concept of “water”. There is no life without water. Where there is water, there are people living; Where there are people living, there are songs and laughter. If you are healthy physically and mentally, life will be beautiful. This is the life philosophy and lifestyle that Chairman Ma Xiaoqiu has been pushing. She led the group to read Tao Te Ching every morning, which is also a corporate culture of “being good like water”. By entering Hollywood, Dr. Ma Xiaoqiu is also bringing a moral bottom line and gratitude into Hollywood and MXQ LifeWater. No wonder many Americans, after drinking MXQ LifeWater, say; “this is a product of good human nature – human product, which brings health and happiness to the people.”