ONE OF THE MOST CRITICAL LEADERSHIP POSITIONS IN THE ARMY IS ALSO ONE OF THE LEAST KNOWN. THE WARRANT OFFICER.

You are here: Home / Living & Learning / Education / ONE OF THE MOST CRITICAL LEADERSHIP POSITIONS IN THE ARMY IS ALSO ONE OF THE LEAST KNOWN. THE WARRANT OFFICER.

Listen to “ONE OF THE MOST CRITICAL LEADERSHIP POSITIONS IN THE ARMY IS ALSO ONE OF THE LEAST KNOWN. THE WARRANT OFFICER.” on Spreaker. 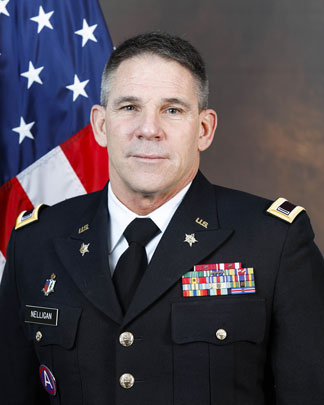 THESE SOLDIERS ARE BOTH TECHNICAL EXPERTS AND COMBAT LEADERS HELPING SOLVE THE ARMY RESERVE’S MOST CHALLENGING PROBLEMS. AND TODAY WE’RE HONORING THEM IN CELEBRATION OF THEIR 104TH ANNIVERSARY.

to the 3/35th Field Artillery (8” self-propelled) West Germany, where he served as an Advanced Party, Gun Driver, and Battery Commander’s Driver. He left active duty in 1984 and joined the 340th General Hospital and was sent to the United States Army Medical Equipment and Optical School, Fitzsimmons Army Medical Center to become a medical equipment repairman from which he completed both the basic and advanced courses and was named honor graduate. He has served
in Honduras and Guatemala providing medical equipment maintenance support to each respective task force. In June of 1990 he was appointed as a WO1, Health Services Maintenance Technician in July 1990 and was assigned to the 819th Station Hospital which converted to the 405th Combat Support Hospital in 1992.

CW5 Nelligan received an Associates Degree in Biomedical Equipment Maintenance, two Bachelor’s Degrees; one in Applied Behavioral Studies and the other in Liberal Studies, and a Masters in Business Administration with a Health Care Concentration.

CW5 Nelligan resides in Bristol Connecticut with his wife Nancy. They have three adult children, daughter Darby, son Thomas (who is an SMP Minute Man Scholarship recipient and Army Reservist), and son Owen. He also is employed by the Veterans Administration where he works as the Lead Biomedical Equipment Support Specialist (BESS) onsite at the Newington Connecticut campus.