One Second After with Dr. William Forschten

You are here: Home / Living & Learning / Science and Technology / One Second After with Dr. William Forschten 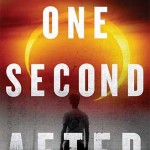 There are elements ofthe book One Second After, that friends will immediately smile and see the auto-biographical aspect.More on that perhaps on the link About the Book.I did move toBlack Mountain,North Carolinafifteen years ago to teach history atMontreatCollegewhere the novel is set.I live with my daughter Meghan who is fifteen years old and we have a gold retriever and yellow lab. . .sadly our wonderful older retriever, Sasha just recently passed away.

I was born inNew Jersey, just outside ofNewark, in 1950.My parents were hard working survivors of the Depression and World War II, so typical of that generation that endured so much and then turned around and gave so much to their children, and their country.One never realizes just how much their parents did endure and sacrificed until you yourself become a parent.

After graduating from college I went on to a rather checkered career since the market for history teachers was all but dead back in the 1970s.I worked in construction, for awhile inManhattanand near to our site we watched in envy as the big guys sent the twin towers soaring heavenward.I was an assistant greens keeper at a golf course, a hot walker at a race track, worked as an apple picker and sorter, even rode shotgun on a garbage truck.Back to graduate school atKutztownUniversitywhere I was honored to study under Doctor Thomas Seay in the field of psychology, though I did not complete that degree, and finally in 1978 I landed a job at a small boarding school up inMaine.The next ten years of teaching were happy ones for me in general.Only complaint, the ever increasing bureaucracy of education.


It was at this time that I first broke into writing.Ive published something like forty books and frankly cant keep track of the articles and short stories.Ill just briefly note several I am particularly proud of:

1.Of course this book One Second After.Ill have to say this is not just writing a book to write a book.I believe the threat ofAmericabeing hit by an EMP weapon is the single greatest danger to the survival ofAmerica.Ill not go into a polemic here on the subject of EMP.Ill let the book speak for itself along with the various links you can find here to the more technical studies of what happens with EMP weapons and why they are of such terrible danger toAmerica.If I have ever written a single book which I pray is a service to my country and on a personal level my daughter and those whom I love, this is the one.