You are here: Home / All We Need Is Love / Overcoming Obstacles / Paige Denim Launches RAINN Blue 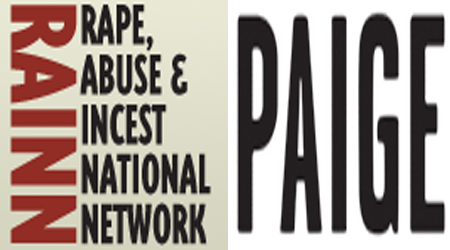 Adams-Geller is a world-renowned, trend setting designer with many years in the denim market. Known for its casual sophistication, the Paige brand’s reputation has grown into a denim powerhouse. Every detail is calculated with the customer in mind as Paige promises highly addictive pieces crafted out of the finest materials and fabrics.

As seen in InStyle and People StyleWatch, RAINN Blue is launching in four styles: the Silverlake Short, Vermont Jacket, Kylie Crop, and Lou Lou, and will be available in Paige stores in Los Angeles and New York, boutiques nationwide and online (www.paigeusa.com). 20% of the proceeds will be donated to RAINN.

“This cause is very near and dear to my heart and I am honored to sit on RAINN’s National Leadership Council,” says Adams-Geller, Paige Denim’s co-founder and creative director. “We created this jean to promote awareness and to provide help for victims who would not have otherwise been able to receive any.”

Scott Berkowitz, RAINN’s president and founder, says Paige’s impact is far reaching. “Paige has long been an incredible leader in the effort to end sexual violence and has helped RAINN help more than 1.6 million survivors. With the trendsetting RAINN Blue line, she is not only raising funds to support RAINN, but ensuring that the many fans of Paige Denim learn about the National Sexual Assault Hotline. We are excited to be partnering with her,” he said.

Visiting a Paige retail location? Donate $5 to RAINN in-store and you’ll receive one raffle ticket for a chance to win a piece from the RAINN Blue collection (winner will be notified April 30th 2012).

About RAINN
RAINN (Rape, Abuse & Incest National Network) is the nation’s largest anti-sexual violence organization and was named one of “America’s 100 Best Charities” by Worth magazine. RAINN created and operates the National Sexual Assault Hotlines in partnership with more than 1,100 local rape crisis centers across the country and operates the DoD Safe Helpline for the Department of Defense. The hotlines have helped more than 1.6 million people since 1994. RAINN also carries out programs to prevent sexual violence, help victims and ensure that rapists are brought to justice. For more information about RAINN, please visit rainn.org.

About Paige
Born in Los Angeles in 2004, Paige combines Southern California casual with pure sophistication. The result is a collection of men’s and women’s styles that are infused with considered, unexpected details. Paige’s trendsetting, highly addictive line includes Men’s, Women’s, Maternity and Petite collections that are available at Paige boutiques in Los Angeles and New York and over 80 countries worldwide.