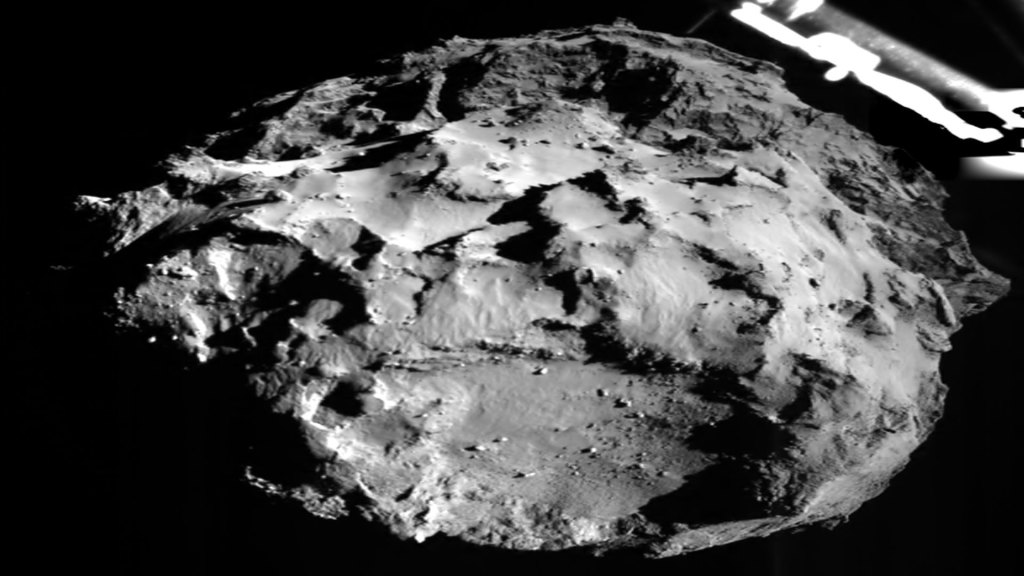 Philae (/ˈfaɪli/ or /ˈfiːleɪ/) is a robotic European Space Agency lander that accompanied the Rosetta spacecraft until its designated landing on Comet 67P/Churyumov–Gerasimenko (67P), more than ten years after departing Earth. On 12 November 2014, the lander achieved the first-ever controlled touchdown on a comet nucleus. Its instruments are expected to obtain the first images from a comet’s surface and make the first in situ analysis to determine its composition. Philae is tracked and operated from the European Space Operations Centre (ESOC) at Darmstadt, Germany.

The lander is named after Philae Island in the Nile, where an obelisk was found and used, along with the Rosetta Stone, to decipher Egyptian hieroglyphics.
for more info, go to en.wikipedia.org/wiki/Philae_%28spacecraft%29