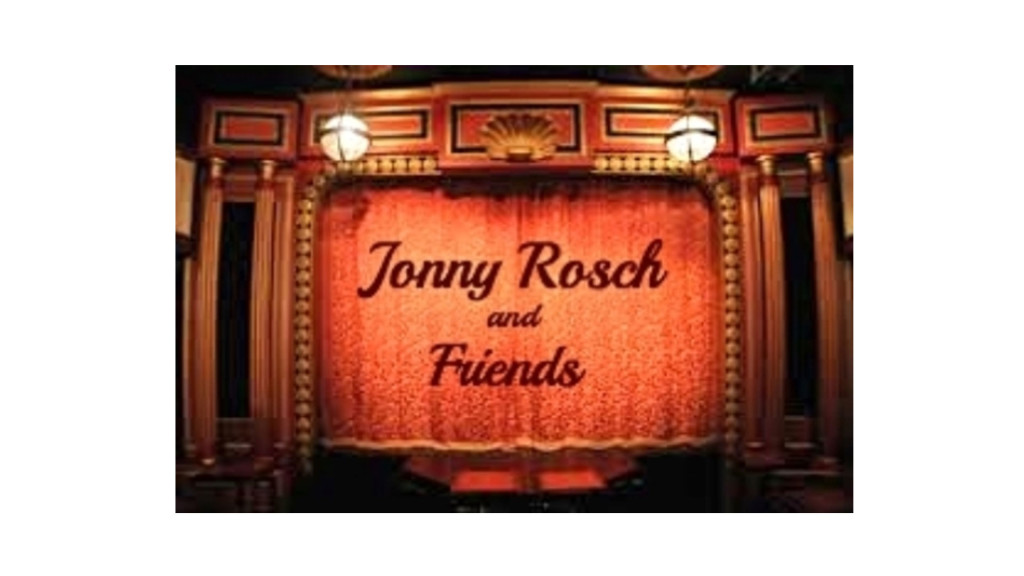 and some very special guests

Come on out folks and support live music.
I am trying to make it as easy and painless* as possible
as are the owners of the Triad

*Well, excluding my playing and singing**

Look here, the following stuff below is extracurricular reading. I didn’t tell you to waste your time reading through it so please don’t tell me how long my emails are. I already know. I wrote them. It took me all of 3 to 5 minutes to jot this crap down and even I don’t have time to read it. All the germane and pertinent information is above this so … don’t blame me if you’re wasting your valuable time reading on… damn it! I’m doing it again. I just wasted more of your time with this text.
GO OUTSIDE! NOW!!!!

I hope that your holiday weekend is going better than you could have ever hoped for and that you have a safe and healthy re-entry to the real world on Monday.
Thanksgiving day with my family was indeed sublime and the dinner … transcendent. This year Thanksgiving also happened to fall on my dear, sweet, beautiful, sister Jane’s birthday, so naturally I was obliged to toast the occasion with a second box of wine (it being a special occasion, naturally I opted for the more expensive wine from Sam’s Club – $7.99 per liter as opposed to $5.99 … so actually, I think they call it a ‘carton’ of wine instead of a ‘box’ – Wine aficionados will also note that the $7.99 carton is a New York State vintage from Yonkers as opposed to the $5.99 New Jersey Paramus/Secaucus vintage)
With the Thanksgiving holiday weekend in full gear kicking off the rest of the holiday season, I thought I’d go into retrograde and reach back to about a month ago … Halloween specifically, and put on my costume of “The Wet Blanket That Destroyed Thanksgiving Day” or “Thanks Jerk, For Ruining The Taste Of My Turkey”. It’s not that I’m one of those bleeding hearts that spends his days trying to make reparations for past social injustices. Far from it. I’m just a guy with some musical instruments and a perennially dry throat … and nothing more. Well, almost nothing more. In addition to the mostly ‘nothing more to offer’, I do have a gig this Thursday at the Triad / Stage 72 Theater, whereby you can sample some of the most mouthwatering, sumptuous musical fare from the likes of Messrs. Oz Noy, Shawn Pelton, and Tony Garnier. What a meal, and all at the price of … NOTHING! You can just think of my personal musical contribution as the thick, wet blanket of salty, lumpy gravy that covers the entire plate, ultimately masking that entire delicious musical flavor the other three have cooked up for you.
Yes, December 3rd is the date of this gig, which also happens to fall on my fantastically, talented brother Michael’s birthday, so naturally I will feel obliged to toast the occasion with a third box of wine from Sam’s Club ….
… Oh, and while we’re at it, the day after the gig is December 4th which happens to fall on my other amazingly, talented, wonderful, brother Richard’s birthday, so naturally I will be obliged to toast the occasion with a forth box of wine and … blah, blah blah …

Thanksgiving Dinner
(Served with a side of my homemade, apologetically
self-righteous, sanctimonious, sententious, stuffing … sorry!)

The roots of Thanksgiving can be traced all the way back to October 12th, 1492, when the Native American people discovered Christopher Columbus. About 128 years after Columbus set foot on the shores of a Bahamian island and not the North American continent itself, the Pilgrims arrived on the Mayflower to Plymouth Rock. Thanksgiving is now the day on which we acknowledge and celebrate the European survivors of that invasion, which culminated in the death of 10 to 30 million indigenous native people.

Upon settling in Plymouth Rock the pilgrims soon found themselves ill equipped to deal with the challenges of an unfamiliar land. They were poor and hungry and more than half of them died within a few months from disease and hunger. When a member of the Wampanoag tribe named Squanto found them they were in a pitiful state. Having traveled to Europe, Squanto spoke English and as was the Wampanoag way, he took pity on them. Their English crops had failed. The indigenous native people fed the English immigrants throughout those first brutal winters and also taught them how to grow sustainable crops for food. These were not merely “friendly Indians”, in as much as they had already experienced European slave traders raiding their villages for a hundred years or so and even though they were wary, it was both their way and their custom to give freely to those who had nothing – even if their own supplies were low. Among many of the NA (Native American) peoples, the act of showing that you can give without holding back is the way to earn respect. It was believed that by giving there would be enough for all — the exact opposite of the system we live in now, which is based on selling, not giving.
In the fall of 1621, at the “first Thanksgiving” (a commemoration that lasted for three days) the Wampanoag’s provided most of the food – and also signed a treaty granting Pilgrims the right to the land at Plymouth (in actuality, the real reason for the first Thanksgiving). Since that initial sharing, Native American food has spread around the world. In fact, Native American peoples originally cultivated 70 percent of all crops grown today.
What did the Europeans give in return? Well, within 20 years European disease and treachery had decimated the Wampanoag tribe. Most of the diseases came from the animals that the Europeans had domesticated. Cowpox from diseased cows eventually led to smallpox, one of the great killers of the indigenous Native American people. It was spread through gifts of blankets used by infected Europeans. Some estimate that diseases accounted for a death toll reaching 90 percent in some Native American communities.
No big loss though because, to the Pilgrims and most English and European peoples, the Wampanoag were ‘heathens’ and ‘of the Devil’ … much like me. They saw Squanto not as an equal, but as an instrument of their own God, sent to help them – God’s other chosen people. The Pilgrims viewed the Native Americans as savages … much like me, requiring the salvation of Christianity … again, much like me. They failed to recognize the deeply spiritual nature of the Native American people and their bond with the gods of nature. The Pilgrims aggressively tried to recruit the “savages.” Those who accepted Christianity found themselves ostracized by their own tribes and/or accepted by the Pilgrims not as equals but as mere disciples. The Pilgrims’ tampering with the beliefs of the natives greatly offended the tribal leaders.
By 1623, Mather, an elder Pilgrim leader, was giving thanks to his God for destroying the heathen savages to make way “for a better growth,” for his own Pilgrim people.

In stories told by the Dakota tribe, an evil person always keeps his or her evil heart in a secret place separate from the body … a hidden heart. The hero must find that secret place and destroy the heart in order to stop the evil.
For some of my Native American friends, in the “First Thanksgiving” story they look to find a hidden Pilgrim heart. The story of that heart is the real tale that they feel needs to be told, just as the Jews feel that the true story of the holocaust needs to be told … and remembered. What did that Pilgrim heart hold? Bigotry, hatred, greed, self-righteousness, genocide, environmental devastation, poverty, racism?
Where is the hero who will destroy that heart of evil? I’m not sure but I believe it must be each of us. Indeed, when I give thanks I will reflect on this concept of a hidden heart and how my Native American friends ancestors survived the evil it caused, because if we can survive with our ability to share, and to give, intact … then the evil and the good will that met on that first Thanksgiving day in the land of the Wampanoag, will have come full circle. Then the healing can begin.

I truly hope that you enjoyed your Thanksgiving meal and this little side dish of history and food for thought. You don’t have to feel guilty. You weren’t there. You didn’t decimate or dislodge the Native Americans. However, now on future Thanksgivings you can think about them for a minute or so, and contemplate what this day should be all about. Think about what we were all taught as children in our books and schools and then think about what other misconceptions may still be being disseminated out there. But also, simply enjoy the day and be thankful in general. It’s really just a nice day to get together with family and/or friends for a lovely meal, conversation, Netflix, Facebook, Instagram, Wii, Xbox, PlayStation, and … well, the Dallas Cowboys (politically incorrect for the Indians?) and the Detroit Lions. (politically incorrect for the Christians?) I’m not even going near the discussion of the team from Washington.

Lastly, I have had the great fortune to spend quality time with many friends who are of Native American decent. Whenever, I have a chance to get out to Arizona I try to stop by the Star School, which is located 25 miles outside of Flagstaff on the Southwest corner of the Navajo Nation. Conceived, founded, and built by my friends Dr. Mark Sorenson and his wife Kate, STAR is the first all off-grid, solar and wind powered, charter school in the country with predominantly Navajo students. Sustainable living is a way of life intrinsic to the community, which the school serves. They promote self-reliance, alternative-building methods, and energy sources such as solar and wind power. The last time I visited with my family, the entire school gathered in the gymnasium and along with their morning Navajo greeting, honored us with a special dance and song. I’m not ashamed to admit that I got weepy. Can’t wait to go back again.
Also sending love and warm thoughts out to my Native American music friends that I’ve had the pleasure of making music, breaking bread, laughing. and drinking with. I think about them often and especially on Thanksgiving Day.

Shout out to my Native American musician friends – miss y’all:

RADIO WOODSTOCK 100.1 RAISES OVER…
Next Post: Gregory Gallo runs in over 50+ Marathons