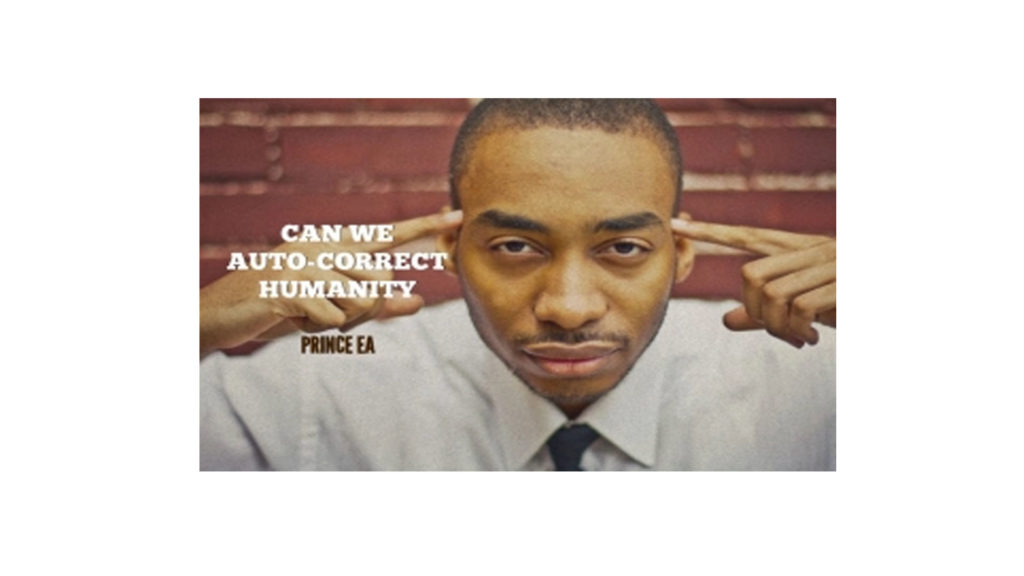 **Earth Day is April 22nd,** but every day is Earth Day…
Prince Ea Reveals How to “Pre-Order the Future”
New Initiative Seeks to Create Real, Sustainable Solutions for our Planet’s Future TODAY
BACKGROUND:
Richard Williams, better known by his stage name Prince Ea is known as a passionate environmentalist, content creator and spokesperson for sustainable lifestyles. His spoken word videos have had over half a billion views on YouTube and Facebook. He’s known for his strong opinions on environmental issues and has been very vocal about the current state of the world. Prince Ea is taking a stand: he wants to make the earth a better place for future generations. It’s because of this that he is working to launch the Pre-order the Future project this spring. The project will create new inventions and prototypes to create products and solutions from renewable raw material. The Pre-order the Future project will focus on bringing the world together to inspire innovative solutions to help create a better tomorrow in areas like lifestyle, entertainment, travel, learning, sustainable living and future public spaces. The public is invited to get involved to submit or comment on ideas as part of the campaign.
Prince Ea will be available for interviews on Tuesday April 19th to discuss the new Pre-order the Future project and how they hope it will revolutionize and promote a more sustainable way of living.
For more information please visit: https://www.neste.com/preorderthefuture/ or #preorderthefuture
More from Prince Ea:
Instagram https://www.instagram.com/prince_ea/
YouTube https://www.youtube.com/user/thamagicsho2003/
Twitter https://twitter.com/PrinceEa
Facebook https://www.facebook.com/PrinceEa/
MORE ABOUT PRINCE EA: Born and raised on the North Side of St. Louis Missouri, twenty-seven year old poet, activist, speaker, director, and content creator, Prince Ea, has touched the hearts, minds and souls of millions of people worldwide. By creating positive, inspirational and thought provoking content, Prince has accumulated over 300 million views on the Facebook and YouTube platforms alone. In 2011, Prince Ea graduated Summa Cum Laude from a full scholarship at the University of Missouri St. Louis, with his BA in Anthropology. Today, he consistently speaks at conferences and gives lectures to high school/university students nationwide, on the topics of self-development, education, living your passion and the importance of being motivated and engaged in the classroom. Prince has opened up for, and performed alongside artists like Ludacris, Busta Rhymes, Bruno Mars and has made appearances on morning and talk shows from Queen Latifah to Glenn Beck. His work has been featured on popular media hubs including Huffington Post, Buzzfeed, Upworthy, Yahoo, CNN, FOX, MSNBC and cited by prestigious Universities such as Harvard and Columbia. He believes that the only way to change the world is to change the individual.

• Tell us more about the Pre-Order the Future campaign?
• How did you get involved in this initiative?
• What exactly will be your role as “futurologist?”
• Where can we go for more information?