PROTECTING THE NATION & INFRASTRUCTURE IN CYBERSPACE LEARN MORE ABOUT THE ROLE OF THE U.S. ARMY CYBER COMMAND

You are here: Home / Military / PROTECTING THE NATION & INFRASTRUCTURE IN CYBERSPACE LEARN MORE ABOUT THE ROLE OF THE U.S. ARMY CYBER COMMAND

Listen to “PROTECTING THE NATION & INFRASTRUCTURE IN CYBERSPACE LEARN MORE ABOUT THE ROLE OF THE U.S. ARMY CYBER COMMAND” on Spreaker. 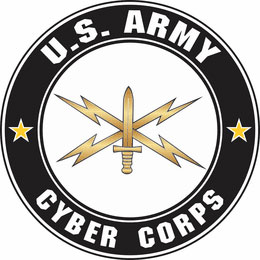 The battles of the future will be fought in cyberspace, one of the most critical and ever-evolving areas of our nation’s defense, with threats facing the country at any hour from around the world. A single breach can quickly impact our daily lives.
Soldiers from the U.S. Army Cyber Command (ARCYBER) serve at the forefront of this 24/7 operation against cyber threats, defending Army networks, securing Army weapons platforms, protecting critical infrastructure, and obstructing adversaries to protect the nation.
Established in October of 2010, ARCYBER organizes, trains, educates, mans, equips, funds, administers, deploys, and sustains Army cyber forces to conduct cyberspace operations. Just like traditional combat, military operations in cyberspace require intelligence, planning, and the leadership of dedicated people.
ARCYBER is made up of elite warriors – approximately 6,500 Soldiers and 10,000 civilian employees and contract personnel – who provide full-spectrum cyber capabilities in cyber operations and cyber and electronic warfare:
• Cyber Operations Officers are responsible for integrated and synchronized defensive and offensive cyberspace operations by targeting hostile enemy activities and capabilities.
• Cyber Operations Specialists defend the Army’s crucial and complex weapons systems, which include satellites, navigation, and aviation systems against both foreign and domestic cyber threats.
• Cyber and Electronic Warfare Officers conduct and coordinate electronic attacks, facilitate electronic protection, and provide electronic warfare support.
• Cyber and Electronic Warfare Specialists plan and execute electronic warfare operations, using electromagnetic and directed energy to defeat the enemy’s electronic systems.
On Tuesday, October 5th, join Chief Officer Mark Lopez to learn more about the cyber force in the U.S. Army’s operations. He will also explain how the Army is one of the few places where talented technical experts can put their skills to the test against global adversaries, going toe-to-toe daily with malicious hackers.
Interview is courtesy: U.S. Army

Thought For The Day…
Next Post: A PREVALENT CONDITION THAT CAN LEAD TO SERIOUS OUTCOMES MAY OFTEN GO UNDERDIAGNOSED & UNDERTREATED PERIPHERAL ARTERY DISEASE