You are here: Home / All We Need Is Love / Children and Parents / Publishing Worldwide to Celebrate the Launch of Melissa de la Cruz Studio

Listen to “Publishing Worldwide to Celebrate the Launch of Melissa de la Cruz Studio” on Spreaker.

Listen to “What is Peace for Melissa De la Cruz and Mariko Tamaki” on Spreaker.

Accomplished author, Melissa De la Cruz is the founder and principal of Melissa De la Cruz Studio at Disney Publishing, which will create and package books in every genre and age range but with a special focus on middle grade and young adult, from a diverse group of new and established writers that will appeal to all the platforms across the Disney company for a global audience. The projects will reflect Melissa’s humor and taste and range from adventure, romance and fantasy to contemporary stories.

Melissa De la Cruz is the #1 New York Times, #1 Publisher’s Weekly and 1 Indie Bound best selling author of many critically acclaimed and award-winning novels for readers of all ages. Many of her more than sixty books have also topped USA Today, Wall Street Journal and Los Angeles Times bestseller lists and been published in over twenty countries. De la Cruz’s novel, The Isle of the Lost, the prequel to the Disney Channel Original Movie Descendants, spent more than fifty weeks on the New York Times best seller list, fifteen at #1. Descendants, starring Kristen Chenoweth and Dove Cameron, was the #1 cable TV movie of 2015, and #5 of all time, and its soundtrack the #1 bestselling album on iTunes. The series’ subsequent books, Return to the Isle of the Lost, Rise of the Isle of the Lost and Escape From the Isle of the Lost, were also New York Times bestsellers for many weeks. The Disney Descendants books have sold over nine million copies.

De la Cruz is also known for the Blue Bloods series (with three million copies in print), and the Witches of East End series. Her recent book releases include New York Times bestsellers The Queen’s Assassin duology, the Alex& Eliza series, and the Never After series as well as the graphic novel Gotham High and the Los Angeles Times bestseller The Birthday Girl.  De la Cruz is represented by Richard Abate at 3 Arts Entertainment and Ellen Goldsmith Vein at the Gotham Group.

Her Hallmark Christmas movies: Christmas in Angel Falls, Pride Prejudice and Mistletoe (based on her novel), Sense, Sensibility and Snowmen and Angel Falls: A Novel Holiday were top-rated movies for their Christmas season on the Hallmark Channel and Hallmark Movies and Mysteries.

29Dates, her YA novel about a Korean exchange student, will soon be a feature-length movie on Disney’s streaming service, Disney+. The Ring and the Crown, her YA novel about magic and royalty with a twist on Arthurian legend, is currently in the works as a series for Disney+.

Melissa De la Cruz is the co-director of YALLFEST (Charleston, SC) and the co-founder of YALLWEST (Santa Monica, CA), the two largest and most vibrant young adult book festivals in the country, attracting more than 30,000 readers every year.

A former fashion and beauty editor, Melissa has written for The New York Times, Marie Claire, Harper’s Bazaar, Glamour, Cosmopolitan, Allure, The San Francisco Chronicle, McSweeney’s, Teen Vogue, CosmoGirl! and Seventeen. She has also appeared as an expert on fashion, trends and fame for CNN, E! and FoxNews.

Melissa de la Cruz grew up in Manila and moved to San Francisco with her family, where she graduated high school salutatorian from The Convent of the Sacred Heart. At Columbia University, she majored in art history and English. She lives in West Hollywood with her husband and daughter.

“Disney Publishing has been the home for many of my novels throughout the years. It’s a collaboration that has been long and joyful. I am beyond thrilled for this journey with the team, full of even more incredible opportunities, nestled within the Disney media powerhouse. It is a dream come true.”

To view the Photo Gallery for this event please visit: https://bit.ly/3eg0an6

Disney Publishing Worldwide (DPW) is one of the world’s largest children’s publishing brands, igniting imagination through storytelling in ever-inventive ways. As part of the Disney Parks, Experiences and Products segment, DPW brings the magic of The Walt Disney Company’s powerful brands and franchises, including Disney, Pixar, Marvel, Star Wars, ESPN, 20thCentury Studios, Andscape and National Geographic, to fans around the world. DPW and its affiliates create and publish books, comics, magazines and digital stories both vertically in-house and through an extensive worldwide licensing structure. With a focus on audio and digital learning products, DPW also adds magic to story time with best-selling eBook titles, best-in-class apps and audio books, and interactive storytelling for smart devices. Headquartered in Glendale, California, DPW publishes books, magazines and digital products in 85 countries in 75 languages. 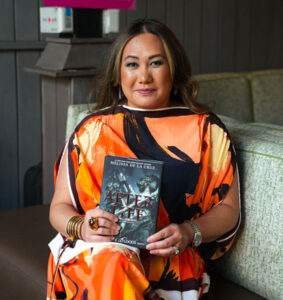 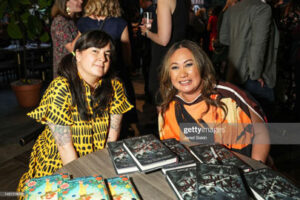 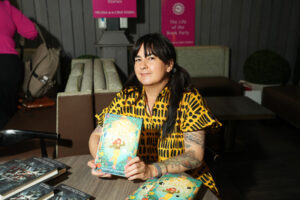 Mambo Harvest Celebration HAND OUT AT EVENT
Next Post: Thought of the Day…10/14/22