You are here: Home / All We Need Is Love / Disability / ReelAbilities Film Festival, Click Here for Video & Podcast… 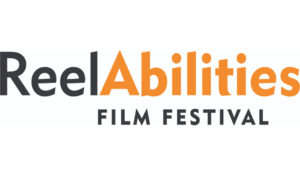 OUR MISSION
ReelAbilities Film Festival is the largest festival in the US dedicated to promoting awareness and appreciation of the lives, stories and artistic expressions of people with different disabilities.
Initiated in NY in 2007, the festival presents award winning films by and about people with disabilities in multiple locations throughout each hosting city. Post-screening discussions and other engaging programs bring together the community to explore, discuss, embrace, and celebrate the diversity of our shared human experience.

ABOUT US
ReelAbilities Film Festival
ReelAbilities Film Festival was initiated in New York at the JCC Manhattan in 2007, founded by Anita Altman and Isaac Zablocki. The festival was the first of its kind to present a series of award-winning films by, about and for people with disabilities. As the festival progressed, screenings continued to take place at multiple venues across the city and all films are followed by discussions that engage the community in promoting inclusion and celebrating diversity, while providing accessible conditions to match the different needs of our multi-layered society.

for more info, go to www.ReelAbilities.org

Thought for the Day…
Next Post: The Year of the Dog