You are here: Home / Good News To Go / Remembering B.B. King at the National Portrait Gallery 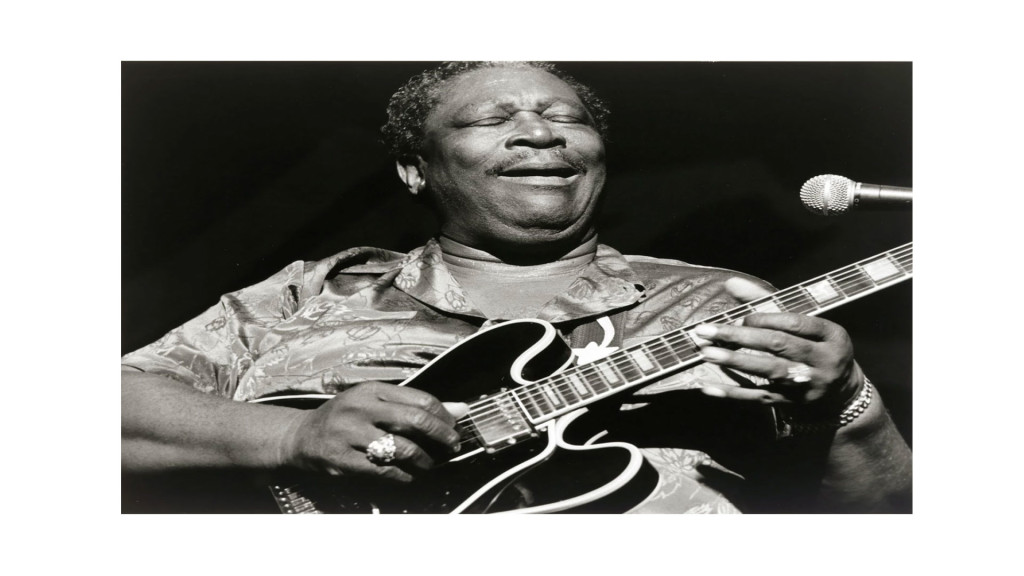 “I dropped everything, got on the computer and said, ‘Can we get an in memoriam label up?’” she recalls.

Messages were already pinging between curators, graphic designers and other museum staff: Do we have a portrait of the late great bluesman? Can we acknowledge his passing?

Shumard of course knew that a fine black-and-white photographic portrait already was on display in a ground-floor exhibit dedicated to recent acquisitions. Shumard herself had helped the gallery acquire the gelatin silver print in 2013. It was made by Chuck Stewart, that great portraitist of the music world. He created the photo in 1992, a year after King opened his blues club on Beale Street in Memphis.

The staff edited and printed new text to go with the portrait. Verbs were changed to the past tense. The year of his passing was included. And a special separate label was added: “In Memoriam 1925-2015.” 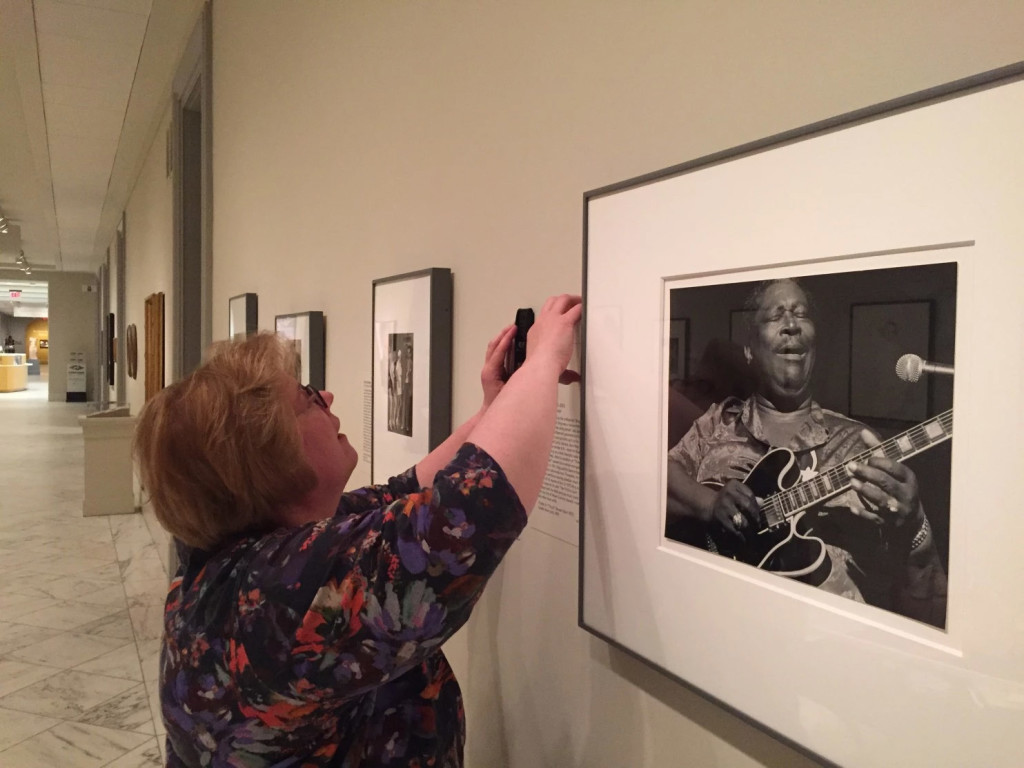 Caroline Wooden, senior graphic designer at the National Portrait Gallery, adds new text to mark the passing of B.B. King, whose portrait is in the collection. (Bethany Morookian Bentley)
By the time the doors opened at 11:30 a.m., all was in place. Museum visitors noticed and were impressed.

“We just found out about it three hours ago, and it’s already been acknowledged,” said Olivia Harcourt of West Palm Beach, Fla.

“I knew he was on the edge, I didn’t know he was gone,” said Linda O’Hare of Santa Barbara, Calif.

The gallery’s staff members have done this before — they quickly noted the passing of Robin Williams last year. The curators keep informal tabs on the living subjects of portraits in the collection. When possible, they update museum text in real time. They have noticed that National Portrait Gallery-goers are close readers of the text. However, unlike newspaper editors who keep pre-written obituaries of famous people handy, the curators don’t compose post-mortem labels in advance.

Seeing the portrait of King prompted people to stop and reflect on the passing of a legend. It turns out that almost everyone is a B.B. King fan on some level.

“I’ve always appreciated how, in my generation, the people he brought up and the people he mentored,” said Stanley, 57. “Stevie Ray Vaughan and Joe Bonamassa have really benefited a lot from him. The fact that he lasted that long and was still playing is fantastic.”

“We saw B.B. King at Toad’s Place in New Haven” about 10 years ago, said Larry Gluck, who lives outside New Haven, Conn. “It was amazing. At that point he was pretty sick with diabetes, but he could play like he was a young guy. It’s not a night you forget.”

“His hand and guitar were like one,” said Toby Gluck, Larry’s wife.

“He still had that smile on his face,” Larry Gluck said, nodding at the portrait.

The portrait shows a guitar player in rapture — eyes closed, blissful expression, finger hitting a note half-way up the guitar neck. Shumard, the curator, remembers seeing Stewart’s photograph in an exhibit and knowing it was perfect for the gallery, which did not yet have a portrait of King.

“I loved the fact that this was a photographer who really got music and got musicians,” Shumard says. “It feels wonderfully intimate. B.B. King is completely unaware of the camera, and consequently, the viewers of the picture feel as though they’re right there with him.”

Here is the link…
http://www.washingtonpost.com/blogs/style-blog/wp/2015/05/15/remembering-b-b-king-at-the-national-portrait-gallery/

The Actors’ Temple Comedy Benefit. Tonight 5/18
Next Post: Thought for the Day…