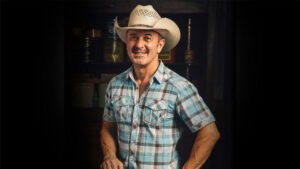 It all began in 1943, as a dream of Hick & Nellie Shoults. A dream to have a business the whole family could share in-both the responsibilities and the joys!
From their little farm in Bear Bottom, nestled in the Piney Woods of East Texas, they started with just a few Turkeys, a small little Smokehouse… and a whole world of dreams yet to be realized!
The year was 1943, and the country was at war. Times were tough during those years, but the dreams and aspirations of Hick & Nellie were very much alive! Their son Bobby, then a toddler, was beginning to help Hick feed and tend to the Turkeys as well as do other chores around the Smokehouse.
As the years passed, Bear Creek Smokehouse grew from its humble start… And so did its reputation! The smoked Turkeys that had fulfilled the seasonal orders from the local grocers and Agriculture Extension office were enjoyed so much that the word spread! Year after year the demand grew for a greater selection of delicious smoked meats! Finally, Hick, Nellie and Bobby made the decision to cease raising the livestock and purchase what they needed so they could concentrate their efforts on running the growing Smokehouse!
In 1959, Bobby married his sweetheart Brenda and brought her home to Bear Creek!
Brenda eagerly cherished her new role in the growing family business, cheerfully answering the seasonal calls and taking orders for the ever-expanding list of smoked meat selections that Bear Creek now offered through a catalog!
Then in 1960, Bobby & Brenda welcomed Robbie to the family! This also marked what would become the next phase of remarkable growth for Bear Creek! As the years passed and the Smokehouse expanded into larger facilities, Robbie grew up receiving a first-hand knowledge of the business and he began to form his ideas of what direction to take it!
In 1990 Hunter was welcomed into the Bear Creek Family! As he grew up, he gained a first-hand education in Smokehouse 101!
Even though Bear Creek had a significant wholesale business in place, Robbie yearned to take it to the next level. He & his bride Tracy continued to forge the growing business, complimenting it with several Holiday Gift Shows around the country. These shows met with overwhelming popularity and the business continued to grow over the next few years!
Hunter grew up, opening the door to the modern growth for Bear Creek! He turned his attention to leading the company, along with his new bride Stacia, into the next era of Bear Creek’s expansion… Fundraising!
Now, with Hunter & Stacia’s kids, Cooper & Barrett…The Fifth generation and future look bright for Bear Creek!
From our humble beginnings to todays 43,000 Sq Ft facility with our wide array of products… It has Always Been About Family & Quality… Always Will Be!