You are here: Home / All We Need Is Love / Children and Parents / S = STICK TOGETHER 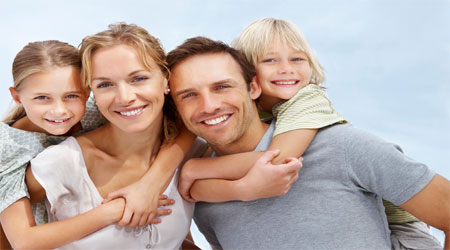 Excerpt from The ABC’s of Homeschooling

My husband and I don’t always see things eye to eye. We have had many disagreements and arguments, mostly because I have what I like to call “Momma Bear Syndrome.” Momma Bear Syndrome is an instinctive, unthinking act to defend the cubs at all costs. If Poppa Bear disciplines more harshly than Momma Bear deems appropriate the claws come out, and Momma Bear is on the attack. Watch Out! This can cause confusion and disruption in the den. Parents must quietly go behind doors if this happens and talk about what is wrong or right. Try to find middle ground. Sticking together is very important. Sometimes it’s hard because men and women see things so differently. Once a decision is made, go out and talk to the kids together. If a punishment is needed now is the time to explain it to the child. Let them see you are now on the same page. You must stick together, or your children and the outside world will—wear you down.

Our decision to homeschool our children was not made overnight, nor was it blissfully blessed by both of us at first. The idea was first introduced to us when my husband met a colleague’s son, named Josh. The boy seemed so bright and out-going, able to speak and talk to adults better than any other child my husband knew. Every day he would come home from work bragging about Josh and the fact that his mother homeschooled him. I was really intrigued, but in my own small thinking brain the thought that I could homeschool my children never occurred to me.

When it was time to sign our oldest child up for kindergarten I was having a very difficult time. He was still so little and young; I just couldn’t imagine sending him off into a world that didn’t include me or his family. I prayed and prayed about it without my husband knowing how I was feeling. The year I was supposed to sign Keith up for kindergarten happened to be 1999. On Tuesday, April 20, 1999, the unthinkable happened in a high school named Columbine. Two high school seniors went on a murderous rampage, killing thirteen students. It sickened every parent in America and frightened every student who heard of the horrific event. My heart had been telling me for quite some time I should homeschool Keith, but being inundated with the culture and society we live in I just didn’t feel I was qualified. I felt that he needed to go to school. Even after the tragedy, I still thought it best that he attend school. After all, that’s what everyone else was doing.

But my spirit would not let the issue rest. I lay in bed every night praying for an answer. Finally, I expressed my feelings to my husband, “You are always coming home and talking about how well rounded and what a great kid Josh is. I thought maybe I should homeschool Keith.” His answer echoed my own feelings of self-doubt and he said, “But you’re not a teacher. Josh’s mom is a licensed teacher.” Sad and dejected I decided to sign Keith up for kindergarten.

I made arrangements to talk to some kindergarten teachers and visit some classrooms. First I would be going to the public school, and then to the private Catholic school I had attended as a child. Since my nephew, Ethan, was in first grade and attended the public school I would be visiting, I decided it would be fun if I could take him to school that morning. We started off around eight. It was a beautiful day, the sun was shining brilliantly, and I couldn’t help noticing he would really rather be playing outside. He took me in through the front doors of the school into what I perceived as total pandemonium. Having attended a Catholic school all my life, I had never witnessed children running from here to there in the hallways. I put it aside because Ethan was excited about me purchasing a mechanical pencil for him to use that day. After visiting with a kindergarten teacher, I was more confused than ever. I told her I had been considering homeschooling and asked her opinion, expecting her to convince me sending my children to school was the best thing for them. She answered me honestly saying, “If you can homeschool, your children will be better off. My sister homeschools her children. She offers them way more than any teacher could.” This was a lot to consider.

Next it was off to my old alma mater. Here the children were treated totally the opposite of what I had witnessed at the public school. Discipline ruled as the kids walked out of church in quiet lines like little soldiers. Neither school was what I wanted for my children.

Perplexed and confused I went to a store before going home. As I was making my purchase the woman behind the counter asked me in a shocked voice, “Have you heard about the bomb threat at

Brookville Elementary School?” All I could see was my precious, little blond headed, blue-eyed nephew whom I had just dropped off less than an hour ago. My heart aching and my stomach churning, I longed to go back into the school and pick him up and take him back to his safe home, but this was not in my authority. I had no right to do that. Only his parents could. I did, however, have a say about my own children.

That afternoon I called a neighbor who homeschools her children. She is not a licensed teacher and her children were learning just like everyone else’s children. It could be done. I approached my husband that night about how I was feeling. The shootings. The threats of bombings. The pandemonium. The discipline. The words of the kindergarten teacher. He took a long deep breath and said he would think about it. We were both unsure, but we both agreed that no matter what we decided to do, we would stick together on our decision. Supporting each other through thick and thin.

Finally we both agreed that we would give homeschooling a try, at least through Keith’s first year of kindergarten. After that, each year we would re-evaluate making sure we were doing the right thing. Back in 1999 if you were homeschooling your child many people questioned your motives and the well-being of the child. Some people were supportive, some were not. One thing is for sure, when you decide to homeschool your children, many people become experts in giving advice on raising them, even if their kids didn’t turn out to be successful well-rounded adults, they now know what is best for yours. Even if a person doesn’t have any kids, some still think they know what’s best for yours.

That happened to me a lot back then. I took most of the flack because I am the children’s primary care giver, and my husband is the bread winner. He always seemed to be at work or in another room when people questioned me. Sometimes I felt as if I had to defend my position like Grant defending the Union. But my husband, Bryon, always had my back, and if someone would sneak in from the left flank when my defenses were down—he was on guard and there to protect me. Once a close friend of Bryon’s was questioning me about homeschooling after Bryon went out of the room. He was getting madder and madder at the fact that we weren’t sending Keith to school; not now and not any time in the near future. Neither of us knew that Bryon could hear his every word. I was feeling overwhelmed and was really getting upset, when Bryon came in like the knight in shining armor he always is for me. He sat down banging his fist on the table and saying, in a rather commanding voice, “If anyone has anything to say about our decision to homeschool, they need to come to me and I will answer any questions they may have.” No one questioned us much after that. Everyone knew we had made a decision and were sticking together and sticking to it. This meant more to me than words can say. It gave me confidence in myself, our decision, and our marriage.

Each of us is a different individual raised in different home environments with a variety of discipline techniques and belief systems. When you marry and have a family you must take the best from both sides and leave the rest rumbling behind, creating new values and new ideas. George Washington once said, “I have always considered marriage as the most interesting event of one’s life, the foundation of happiness or misery.” Keep a loving and respectful open mind toward your spouse’s views and opinions.

Encourage him to do the same for you and you’re most likely to experience happiness and not misery. The country music song by Diamond Rio, Meet in the Middle, tells us how to stick together and avoid arguments. It goes like this, “I’d start walking your way, you’d start walking mine. We’d meet in the middle ‘neath that old Georgia pine.” Sometimes, it’s not quite the middle where we have to meet. Sometimes one spouse has to walk a lot farther than the other. Once a decision is made, stand by your spouse. Be proud of each other. Your family will be much stronger and you’ll create a home that no one can divide.

Laura Ann Huber is the author of The ABC’s of Homeschooling and the proud parent of three children.More information about their adventures can be found at: www.laurahuber.com.

To opt out: by opting out on the Vocus media database link below, you will no longer receive future communication about this project. If you wish to opt out of communication from ALL Smith Publicity, Inc., please email remove@smithpublicity.com. Thank you.