“Salon d’Ete & Musical Soiree” at the Permanent Mission of Hungary

You are here: Home / Communities / Americas / “Salon d’Ete & Musical Soiree” at the Permanent Mission of Hungary

to the United Nations New York By Terri Hirsch 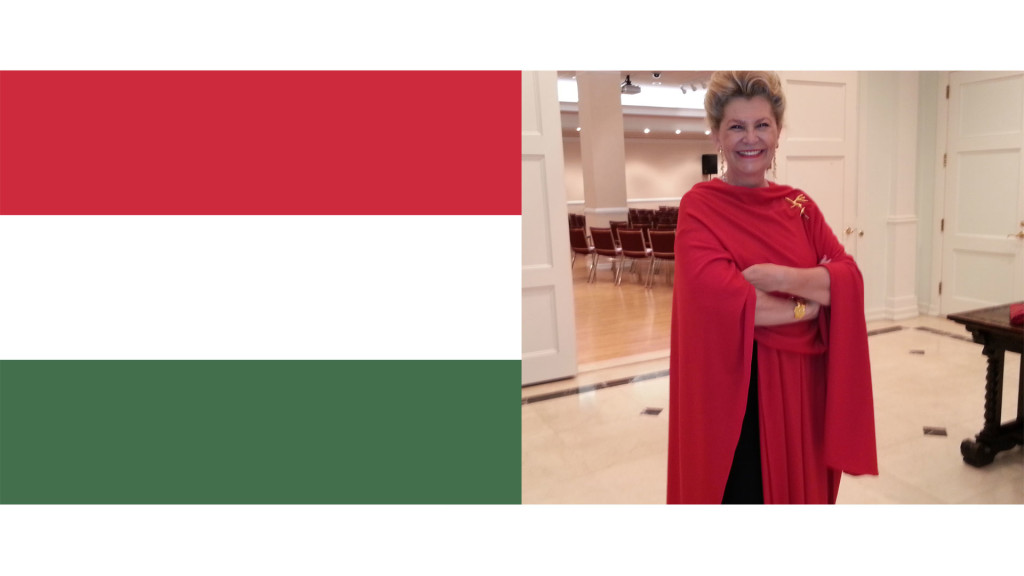 Ambassador Katalin Bogyay, Permanent Representative of Hungary to the United Nations in New York welcomed her guests to a Salon d’Ete & Musical Soiree. Katalin Bogyay was born in Szekesfehervah, Hungary. The former Hungarian resident of UNESCO General Conference (2011- 2013) and Ambassador and Permanent Delegate of Hungary to UNESCO (2009-2014) was educated in Budapest, Hungary and London, U.K. She has also led a career of international television broadcaster, film producer and writer. Katalin Bogyay is an active promoter of music, a founding member of the Liszt Academy Network, based in London, and a board member of the Budapest Philharmonic Orchestra, the oldest Orchestra of Hungary, founded by Ferenc Erkel.

Our evening started with a private showing of an art exhibition by Lehel Urmenyi-Haaarof which included his famous “Up There the Paradise” an oil on canvas in pink and red. The next event was a concert by pianist composer and artist Chau-Giang T. Nguyen and the Rising Stars of the Budapest Opera House.

Chau-Giang T. Nguyen introduced us to Johann Sebastian Bach’s Siloti Prelude in B Minor and Ferenc Liszt’s Rhapsody #11 in A Minor. Born in Hanoi, Viet Nam, Chau-Giang held her first performance at the Hanoi Opera House. She later studied at the Hanoi College of Music and Fine Arts and continued her musical training in New York at the Julliard School for Piano Repertoire and later at the Manhattan School of Music. Chau-Giang has played solo performances at Steinway Hall and Disney Hall as well as Lincoln Center in New York City. Her gown by Maggie Norris was inspired by Ferenc Liszt.

Soprano Ildiko Szakacs, Baritone Csaba Szegedi and Pianist Renate Rohlfing, Rising Stars of the Budapest Opera House gave us a performance entitled ”From Distant Mountains” and “The Recruiting Song” an excerpt from Hary Janos. The last beautiful piece was a duet from the folk opera Hary Janos entitled “This Side of the Tisza.”

Ildiko Szakacs (soprano) soloist of the Hungarian State Opera House graduated from the Franz Liszt Academy of Music. She has toured in a number of European countries as well as Canada and USA. In 2007 Ms. Szakacs gave a solo concert at Carnegie Hall in New York.

Csaba Szegedi (baritone) is one of Budapest Opera’s lyric baritones. In 2008, he was contracted to work for the Hungarian State Opera. Mr. Szegedi made his debut in two leading roles: Figaro – Rossini’s Il Barbiere di Siviglia and Creon- Haydn’s L’anima del filosofo.

Renate Rohlfing (piano) has performed with some of the world’s leading artists including James Conlon, Anna Netrebko and John Adams. Her critically acclaimed piano trio LONGLEASH performed live on WUOL radio in Kentucky and the Trondheim Chamber Music Festival in Norway.

The final event of the evening was a Hungarian buffet dinner.